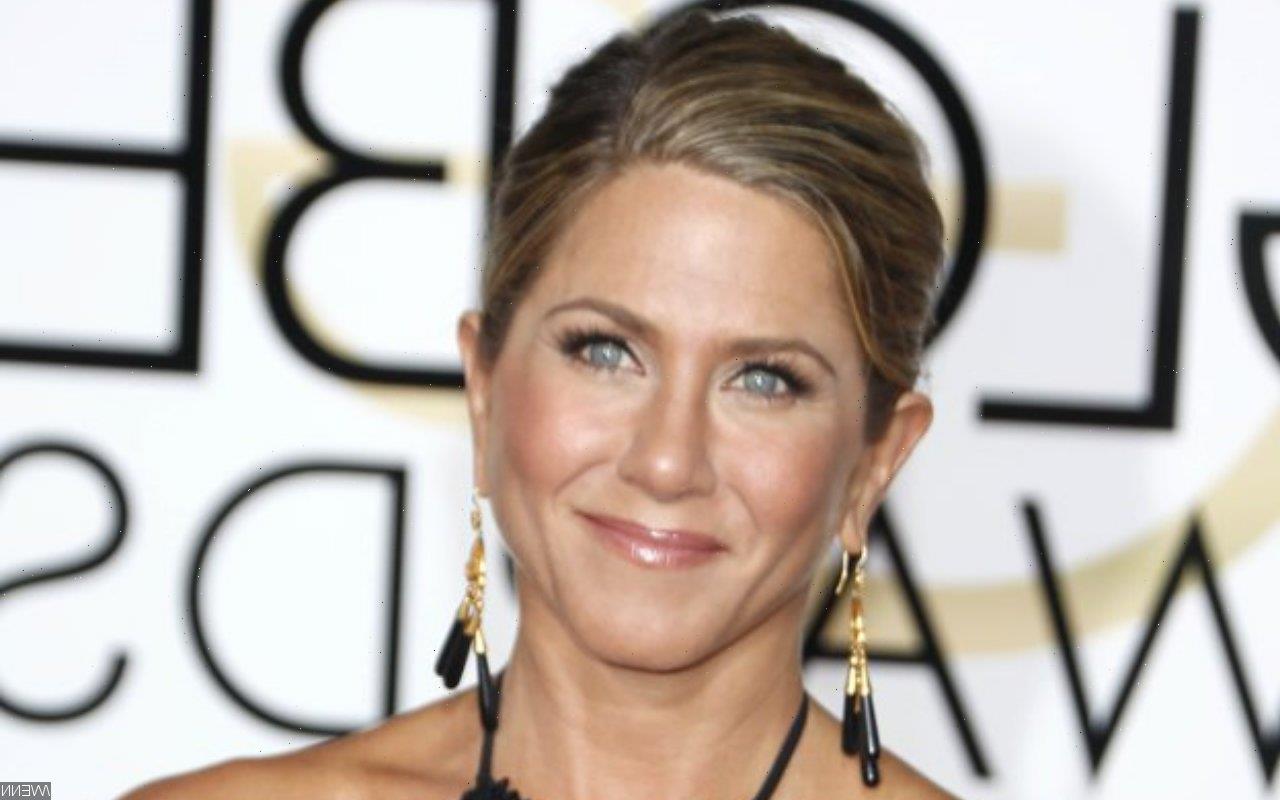 In response to a user who criticizes her decision to cut non-vaccinated people out of her life, the ‘Friends’ alum notes that she still can catch the virus despite having been inoculated.

AceShowbiz –Jennifer Aniston is holding onto her vaccination stance after she revealed that she cuts off those who are against coronavirus vaccines. The actress has fired back after she was criticized for taking such measure despite having received the jab that is supposed to protect herself from COVID-19.

“But if [Jennifer’s] vaccinated she’s protected correct? Why be worried about [having unvaxxed people] around her?” one social media user posed the question to the 52-year-old star. Facing her critics head-on, she took to her Instagram Story on Thursday, August 5 to share her thoughts on the subject once again.

“Because if you have the variant, you are still able to give it to me,” she began her explanation. “I may get slightly sick but I will not be admitted to a hospital and or die,” the Golden Globe Award winner continued.

“BUT I CAN give it to someone who does not have the vaccine and whose health is compromised (or has a previous existing condition) – and therefore I would put their lives at risk,” the Rachel Green depicter on “Friends” continued to point out.

Telling the critics to stop being selfish, she stressed, “THAT is why I worry. We have to care about more than just ourselves.” In another Story, she posted an embroidery that said, “What doesn’t kill you mutates and tries again.” 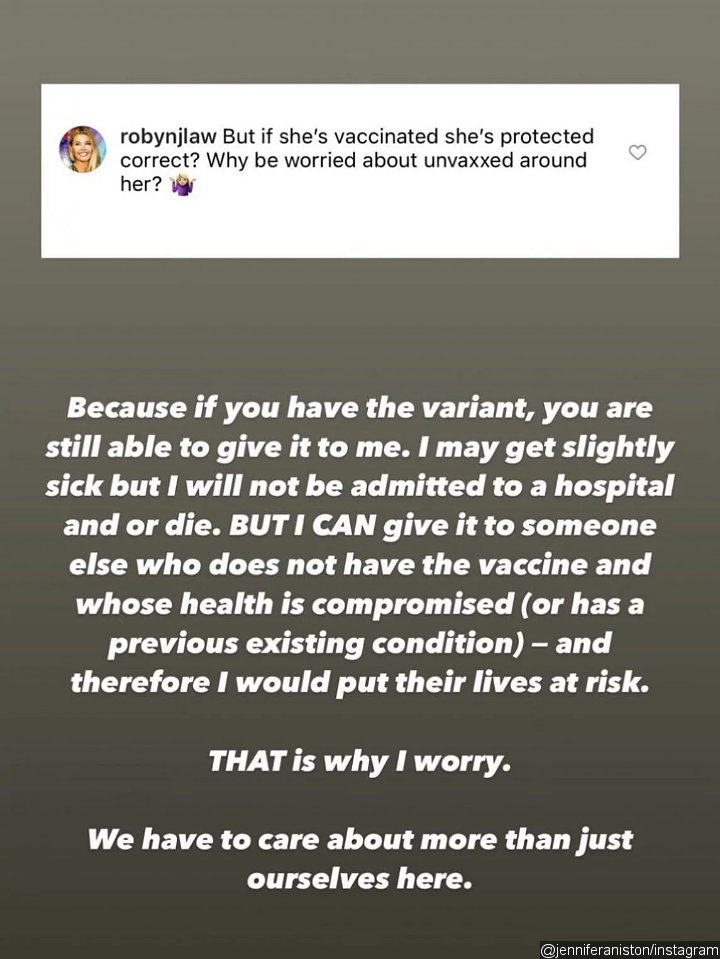 Jennifer Aniston claps back at a user criticizing her vaccination stance.

Jennifer previously revealed during an interview with InStyle that she cuts ties with “a few people” in her inner circle because they didn’t get vaccinated or disclose their vaccine status. “There’s still a large group of people who are anti-vaxxers or just don’t listen to the facts. It’s a real shame,” she said. “I’ve just lost a few people in my weekly routine who have refused or did not disclose [whether or not they had been vaccinated], and it was unfortunate.”

“I feel it’s your moral and professional obligation to inform, since we’re not all podded up and being tested every single day,” the “Cake” star went on. “It’s tricky because everyone is entitled to their own opinion – but a lot of opinions don’t feel based in anything except fear or propaganda.”