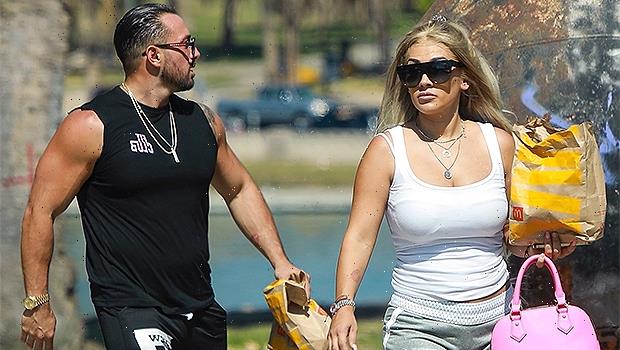 Jenn Harley and her boyfriend Joseph Ambrosole appear to have put their recent dispute, which led to her arrest for domestic violence, behind them.

Ronnie Ortiz-Magro‘s ex Jenn Harley spent June 27 handing out hamburgers to the homeless in Los Angeles, a week after she was arrested in Las Vegas for domestic violence. Although Jenn’s arrest stemmed from an alleged dispute with her boyfriend Joseph Ambrosole, it seems there are no hard feelings — because he joined her for the day of giving back.

The 33-year-old reality star turned realtor and her boyfriend made their way around MacArthur Park on downtown L.A., handing out McDonalds hamburgers to those in need. Jenn’s fit figure was on display in a pair of grey short shorts, paired with a tight white tank-top. She carried a hot pink leather purse across her arm and wore a pair of oversized shades to shield her eyes from the bright California sun. 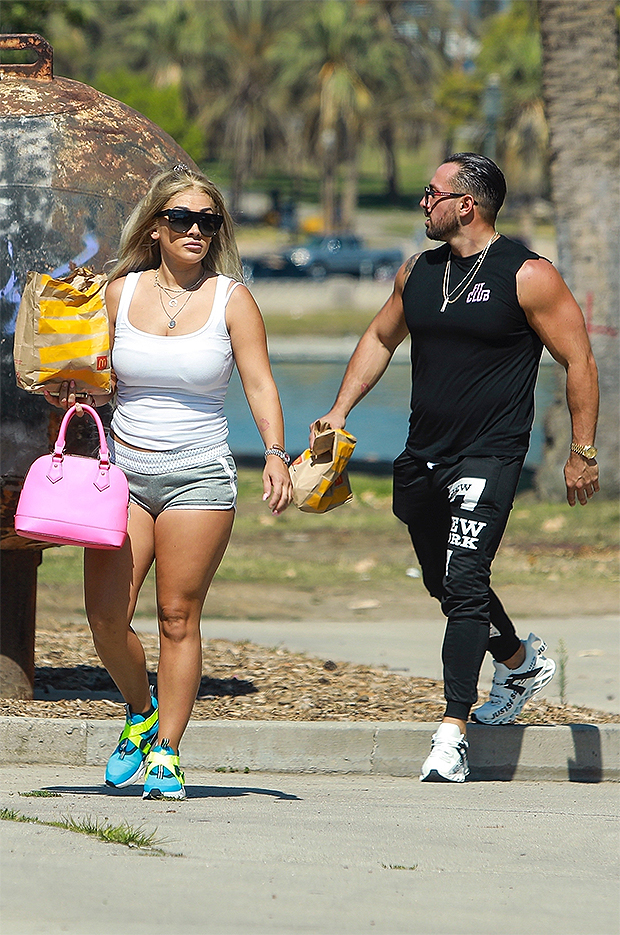 Jenn took to her Instagram page to explain her motivation for buying 100 McDonald’s hamburgers. “So sad to see the city of LA let all these people down,” she wrote in her Instagram story. “Joe and are going to do our part today.”

The on-again couple drove around town and stopped at a Home Depot to hand out hot food before making their way to the park in the poverty stricken park to distribute meals. Jenn and her boyfriend were clearly getting along much better than they were a week ago when Jenn was arrested following a heated argument that they got involved in following a night out.

Joseph claimed to police that Jen “became combative and punched” him “in the back of the head approximately 10 times with her hand.” She also allegedly threw his cellphone out of a window. Once Joseph was able to get home safely from one of the Vegas venues the couple was visiting, Joseph claimed that Jen took out a gun and threatened to “shoot” him.

Jenn was booked for domestic battery and assault with a deadly weapon. She is set to appear in court on August 19 in relation to the charges.