Jenelle Evans‘ husband says the Secret Service came to his home to question him about his gun-related social media posts directed at President Trump, but if they come back without a warrant … he’s not afraid to shoot the “motherf*****s.”

David Eason just shared a series of gun-crazed vids that starts with what looks like a Secret Service vehicle leaving his property. The former ‘Teen Mom’ star claims they showed up unannounced because he posted a photo of bump stocks and hashtagged Trump and Nancy Pelosi … which they deemed a threat.

Jenelle’s husband explains he did that simply because the 2 want to ban bump stocks — which he’s strongly against — but he wasn’t threatening harm. It’s interesting, though … because he follows it up with a vid of himself shooting a target with a high-powered gun at close range.

He also went on a tirade about his, um, affection for guns and protecting his property … making it clear he won’t hesitate to shoot future trespassers and has PLENTY of ammunition to do so.

Seriously … so much ammunition that he compared his home to a military base. 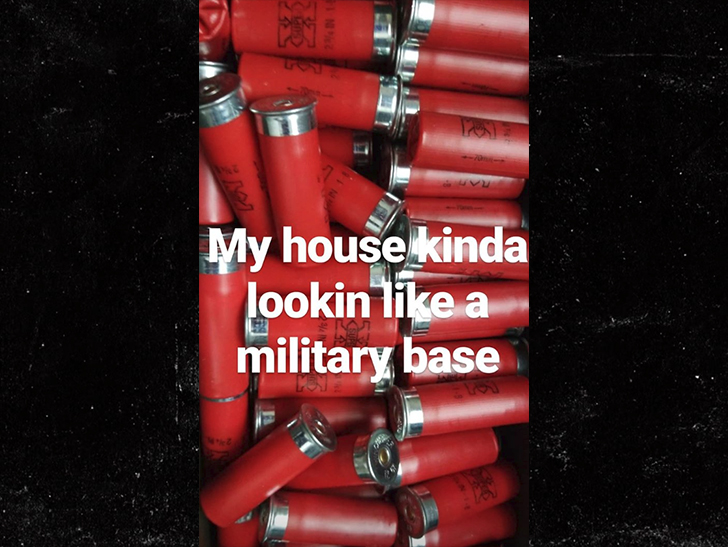 The unhinged vids come on the heels of another disturbing incident at the couple’s North Carolina home in October, in which Jenelle made a hysterical 911 call claiming David attacked her and broke her collarbone.

She denied being in an abusive relationship days later, and Eason also shared a video showing everything was fine with their family.

We’ve reached out to the Secret Service … so far, no word back.