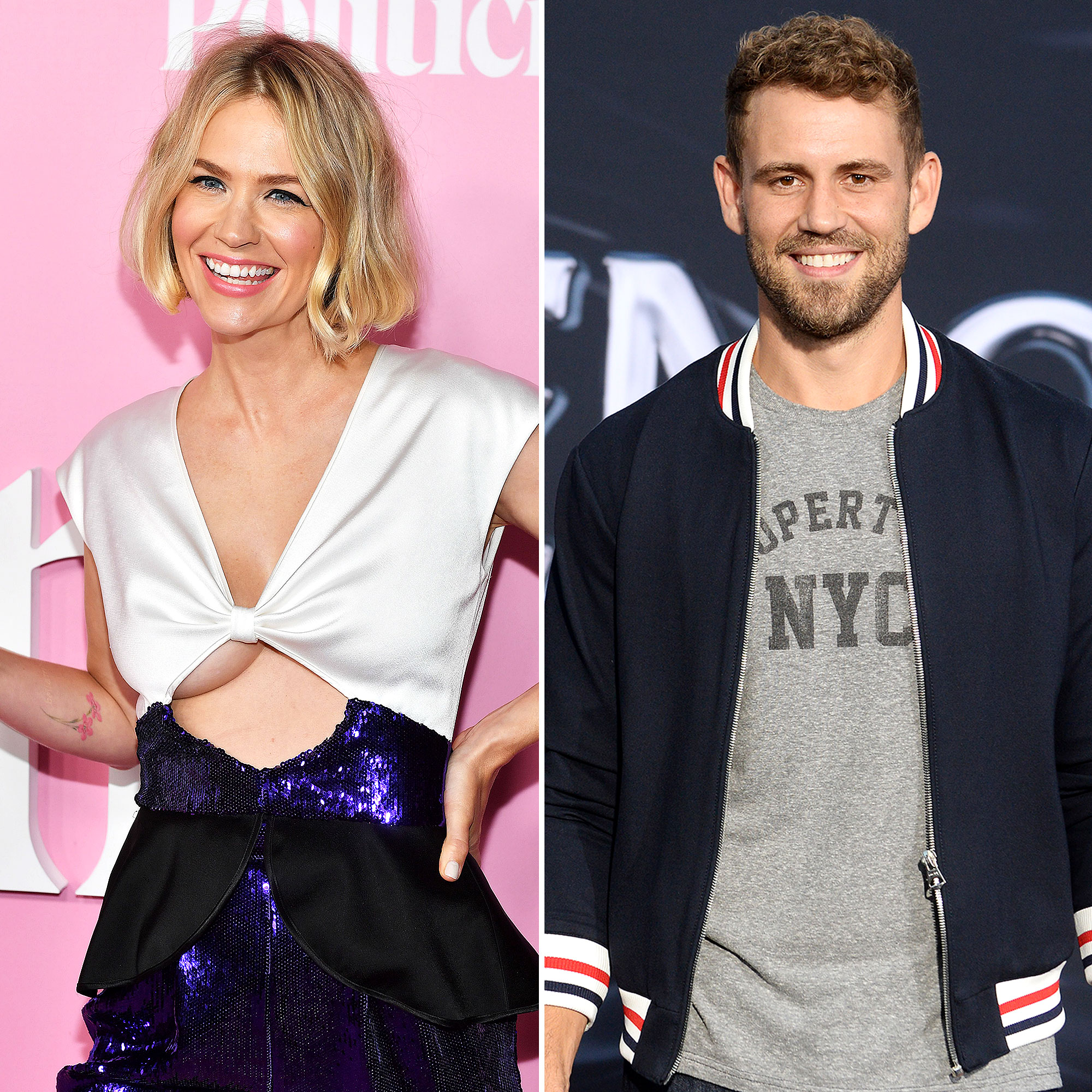 January Jones could have gotten Nick Viall’s final rose! The Mad Men actress has confirmed the speculation that she dated the former Bachelor, even saying she “squealed” when he slid into her DMs.

Jones, 42, gave the backstory in the Monday, January 13, episode of Dax Shepard’s “Armchair Expert” podcast, saying that Viall, 39, reached out after she started “blasting” him on social media and during interviews as she talked about The Bachelor.

“Then Nick slid into my DMs, and he’s like, ‘I’m so sorry that your perception of me is so negative. I’d love to take you out to coffee and see if I can change your mind.’ And I squealed! I was like, ‘Oh, my God.’ … I was like, ‘I hate that guy!’”

Eventually, Jones’ sister talked her into meeting up with Bachelor No. 21. “My sister’s like, ‘If you don’t go, you will forever regret it.’ So I agreed to go on a date with him — or to drinks or whatever — and as I met him, I was rounding the corner, and I saw him, and he has this very distinct walk, and I had this instinct to run up to him and wrap my legs around his waist — you know, like they do? I stopped myself.”

The Emmy nominee ended up having a “good” time with Viall. “All I did was grill him about the show,” she said on the podcast. “We went on a couple dates and then … yeah.”

Ultimately, the ABC reality franchise is all the duo “were really talking about,” Jones said. “But I got a lot of juicy insights,” she added. “When [contestants] come out of the limo and they all have these little schticks or whatever, producers are handing them to them. And then I just felt bad for the people who get, like, the dolphin costume. And there is all kinds of other stuff. But they do share a lot of germs with lots of people.”

Jones also divulged what she found attractive about Viall. “He was cast as the quote-unquote ‘villain,’ but he was actually … he had a bit of a brain, you know? So there was something else there.”

Dating rumors flew between Jones and Viall in early 2018 after the reality star liked many of Jones’ Instagram posts and the actress revealed on The Late Late Show With James Corden that he challenged her to battle him on Lip Sync Battle.

Andi Dorfman, who dated Viall during her season of The Bachelorette, gave the pairing her stamp of approval. “If it’s true, I say go, Nick!” she exclusively told Us Weekly that January. “I think she’s stunning and so talented.”