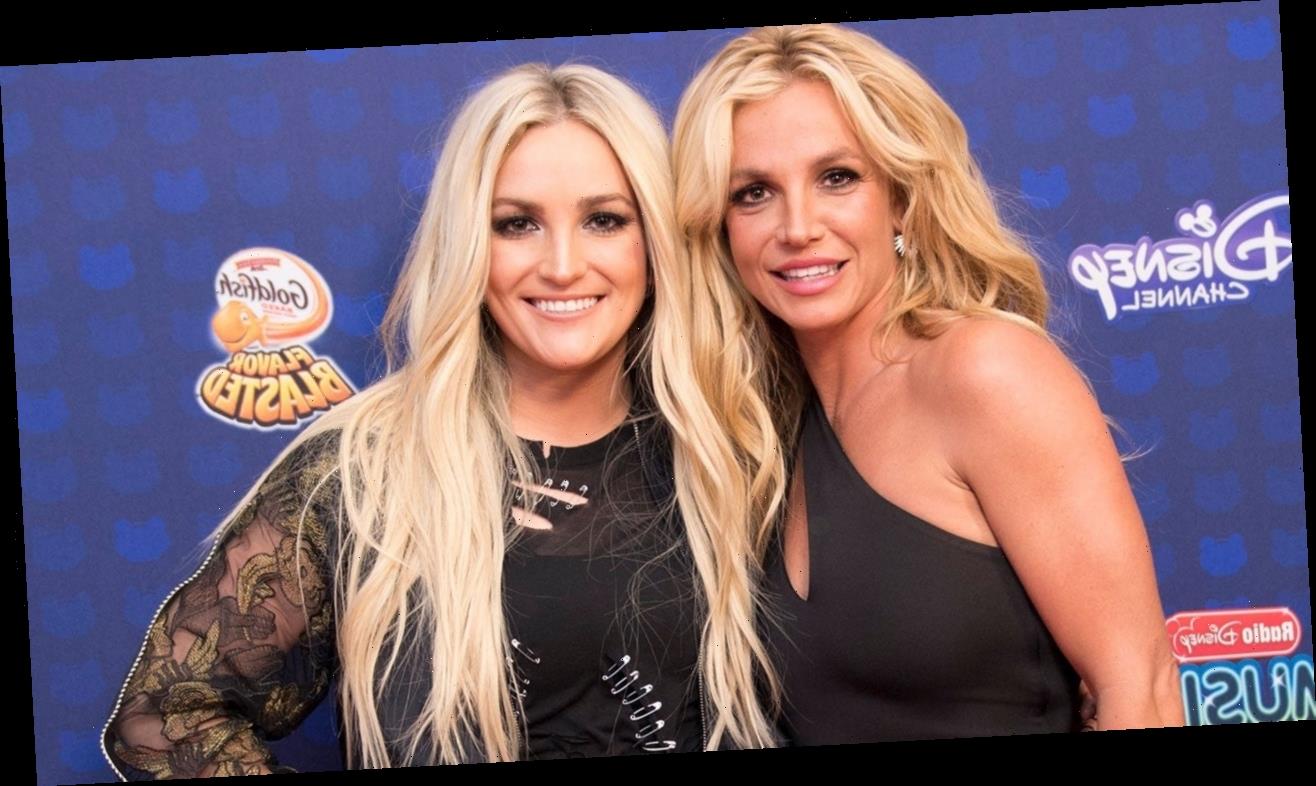 Jamie Lynn Spears is showing her love for sister Britney Spears. The former Zoey 101 star took to Instagram Story on Friday to send a note to the media about not repeating their mistakes. The comments come a week after the release of the unauthorized documentary The New York Times Presents Framing Britney Spears.

“Dear media, try not to repeat the mistakes of your past. Look where that got us. Do better,” she wrote before adding, “Everyone you meet is fighting a battle you know nothing about. Be kind. Always.”

Framing Britney explores everything from the pop star’s rise to fame to her negative portrayal in the media, along with her ongoing conservatorship battle with her father, Jamie Spears. 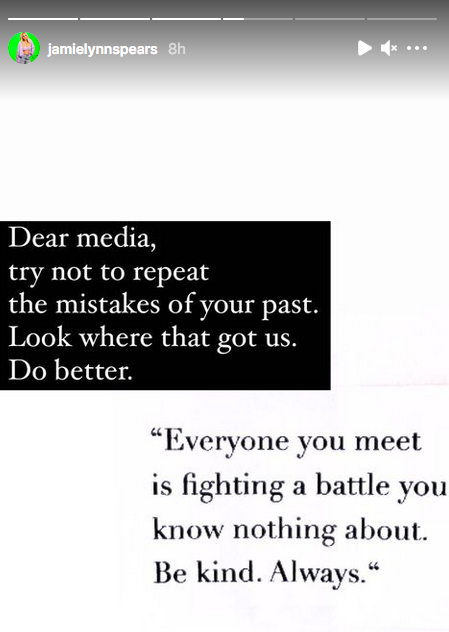 Jamie Lynn also responded to rumors that she was a part of a #FreeBritney virtual rally, explaining that “someone represented themselves” as her “without my knowledge.”

“I love my sister very much, but I was not aware of a rally, nor was I in attendance for a virtual rally,” she wrote. 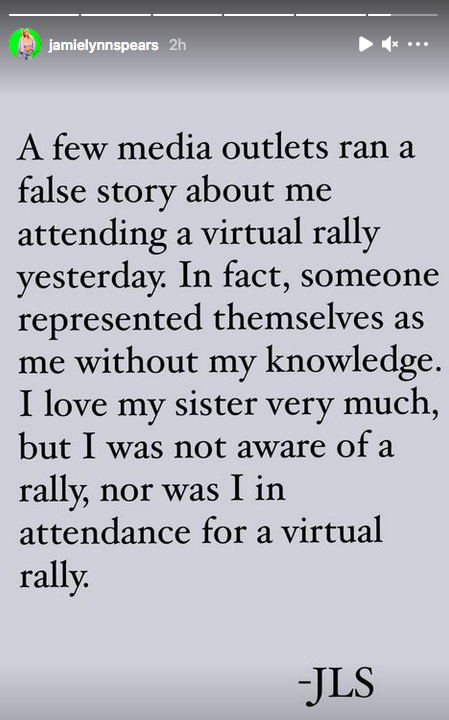 While the Spears family is not involved in the documentary, a source told ET that Britney “is aware” of Framing Britney Spears, and first heard about the project through her team.

The “Lucky” singer seemingly responded to the documentary this week by sharing a video of herself performing “Toxic” three years ago, before sharing that she will “always love being on stage…but I am taking the time to learn and be a normal person.”

“I love simply enjoying the basics of every day life !!!! Each person has their story and their take on other people’s stories !!!!” she wrote. “We all have so many different bright beautiful lives 🌹🌸🌷🌼!!! Remember, no matter what we think we know about a person’s life it is nothing compared to the actual person living behind the lens 📷✨ !!!!”

Additionally, Britney’s boyfriend, Sam Asghari, addressed her ongoing conservatorship battle and expressed his dislike for her father this week. A source told ET that Sam wants Britney to “finally be free of the conservatorship,” adding that he’s “one of the few people who doesn’t need a chaperone to be around her.”

On Friday, Justin Timberlake also apologized to Britney after coming under fire for the way he handled their split in the early 2000s. In his statement, he wrote that he’s “seen the messages, tags, comments, and concerns” over the comments he made in the past about Britney, as well as the infamous “wardrobe malfunction” with Janet Jackson during their 2004 Super Bowl halftime performance.

“I am deeply sorry for the times in my life where my actions contributed to the problem, where I spoke out of turn, or did not speak up for what was right. I understand that I fell short in these moments and in many others and benefited from a system that condones misogyny and racism,” the statement read in part. “I specifically want to apologize to Britney Spears and Janet Jackson both individually, because I care for and respect these women and I know I failed. I also feel compelled to respond, in part, because everyone involved deserves better and most importantly, because this is a larger conversation that I wholeheartedly want to be part of and grow from.”

Watch the video below to hear more of what Timberlake said.