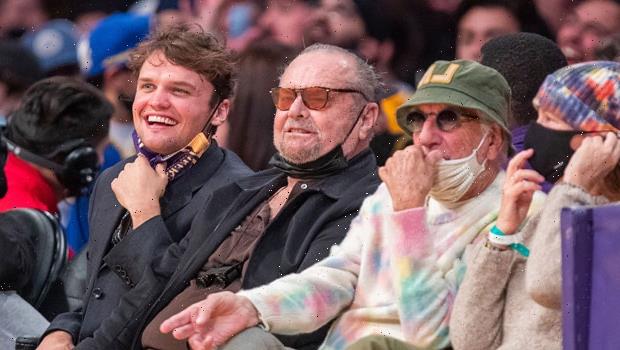 Jack Nicholson was spotted sitting courtside at the Los Angeles Lakers basketball game with his son Ray on Tuesday and appeared relaxed and happy as he posed for pics.

Jack Nicholson, 84, got a lot of attention on Oct. 19 when he showed up to a basketball game for the first time in two years. The actor, who hasn’t acted in a film since 2010’s How Do You Know, sat courtside at the game between the Los Angeles Lakers and the Golden State Warriors with his son Ray Nicholson, 29. He looked relaxed and happy as he flashed a smile while wearing a black jacket over a brown top and pants. 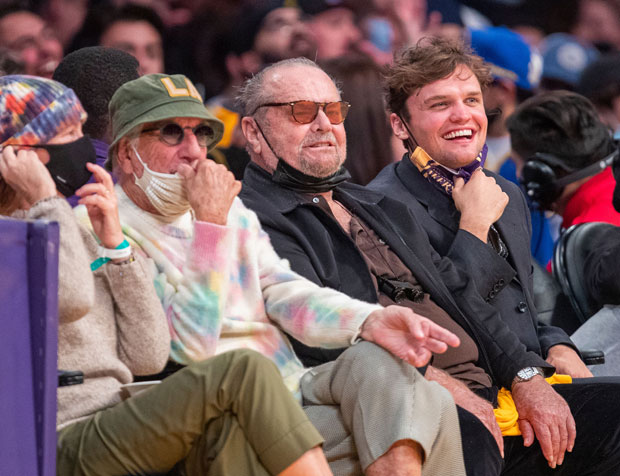 The talented star also wore a black face mask that he, at one point, pulled down to rest on his neck. He added shaded glasses to the look and even posed with a bedazzled basketball while sitting in his seat. His son looked just as great as he flashed smiles while wearing a black blazer and pants as well as a Los Angeles Lakers face mask.

Jack’s latest appearance at the basketball game comes two years after he was last spotted enjoying the sport when he attended a game between the Lakers and the New York Knicks at the Staples Center in Jan. 2020. Ray also joined him then, which is not too surprising considering they are both known to be big Lakers fans. They stopped going to the games due to the COVID pandemic, which started making waves in the U.S. around Feb. 2020. Before that, he was also seen going to a game with his daughter Lorraine Nicholson in 2019.

Jack spoke out about his love for the Lakers when he talked about former player Kobe Bryant‘s tragic passing in Jan. 2020. “My reaction is the same as almost all of LA,” Jack told CBSLA’s Jim Hill about the helicopter crash that killed Kobe and eight others, including his 13-year-old daughter Gianna. “Where we think everything’s solid, there’s a big hole in the wall. I was used to seeing and talking to Kobe that…it kills you. It’s just a terrible event.”

When Jack’s not attending games, he’s been keeping a low-profile since he stopped acting. In a 2013 interview, he told The Sun he’s less motivated to “be out there anymore” now that he’s older. “The movie business is the greatest business but I only want to do films that move people, films about emotions and people,” he said.