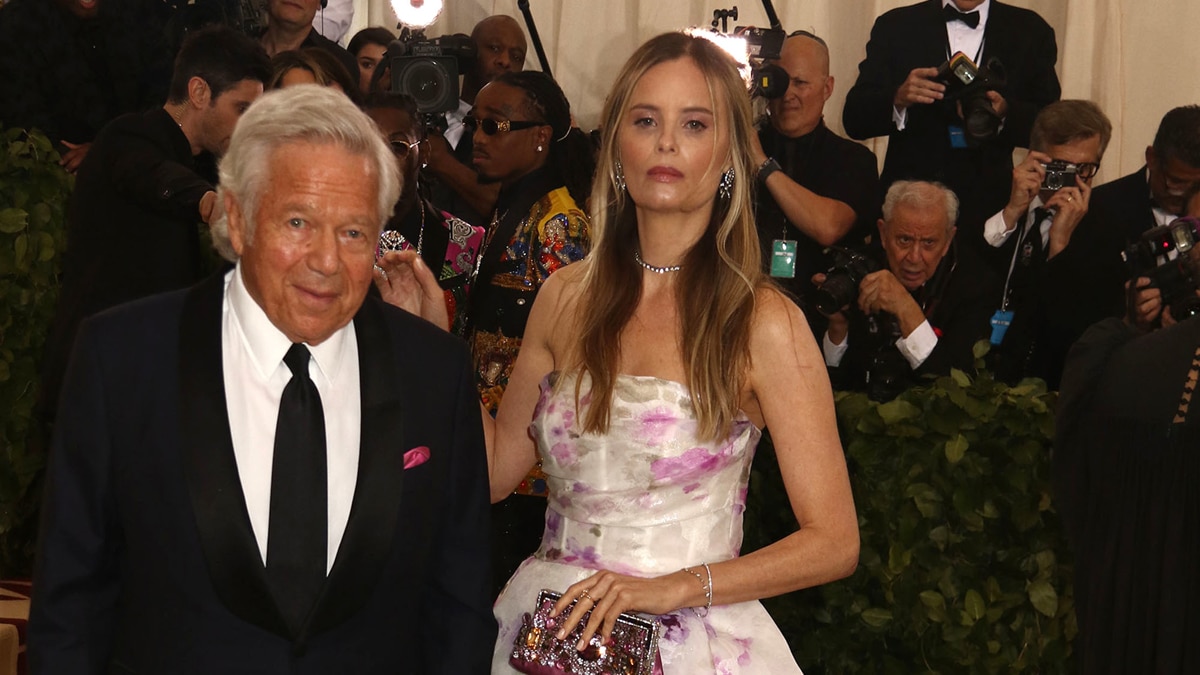 When the news broke that police had issued an arrest warrant for New England Patriots owner Robert Kraft for two counts of soliciting another to commit prostitution, fans quickly started questioning his relationship status. Is her married?

The answer to that question is no, but Kraft does have a girlfriend who is half his age.

The 77-year-old owner of the New England Patriots has been dating 39-year-old actress Ricki Noel Lander since 2012.

Lander has worked as a correspondent for The Travel Detective, an exploration series. She also had roles on TV shows like CSI: Crime Scene Investigation, Prison Break, Ugly Betty, True Blood and Blue Bloods.

In the movies, she had a small role in Iron Man. She also worked as a model, appearing in ads for Levi’s, Nordstrom, Bloomingdales, Target, Macy’s and Nine West.

Before dating Lander, Kraft was married for 48 years to Myra Kraft, who passed away in 2011.

What was Robert Kraft charged with?

The police chief in Jupiter, Florida, Daniel Kerr, held a press conference and revealed that there were two separate charges against Robert Kraft.

They were both reportedly for “soliciting another to commit prostitution,” with Kerr explaining that they were for two different visits to a massage parlor under investigation about “a month ago.”

Two individuals were arrested at the massage parlor and arrest warrants are being issued to 100 men, who are all expected to be arrested, including Robert Kraft.

Robert Kraft has a reported net worth of over $6 billion.

Kraft owns both the New England Patriots in the NFL and Major League Soccer’s New England Revolution. Both franchises are very successful, the Patriots winning six Super Bowls and the Revolution making it to the MLC Cup Finals five times.

Kraft made his fortune from a paper-manufacturing conglomerate, including the Rand-Whitney Group.

Robert Kraft is also a close and personal friend of President Donald Trump. According to Kraft, Trump called him weekly after his wife’s death to provide comfort.