If being stranded on an island without food, water, or Instagram sounds like your personal hell, there’s a good chance Amazon Primes’s newest series, The Wilds, will give you nightmares. The show dropped on Amazon Prime Video on Dec. 11, and fans are already eager for answers after some major cliffhangers. While there’s a lot (like, a lot a lot) to unpack in the 10-episode first season, one thing viewers need to know is whether Nora is dead. The Wilds has a lot of hidden clues that point to her potential demise.

Warning: The Wilds Season 1 spoilers follow. The series starts with Leah (Sarah Pidgeon) getting interviewed by Dr. Faber (David Sullivan) and Agent Young (Troy Winbush) after being rescued from a deserted island (even though the jury is still out on whether the girls were actually rescued, since they’re still under observation). But while Episode 1 introduces the main characters and shows the plane crash, it’s the second episode that has fans worried about Nora’s (Helena Howard) fate.

Episode 2, titled "Day Two," has Rachel (Reign Edwards), Nora’s twin, in the interrogation seat. Sitting across from Dr. Faber and Agent Young, a battered-looking Rachel asks the two men if her parents "know about Nora." 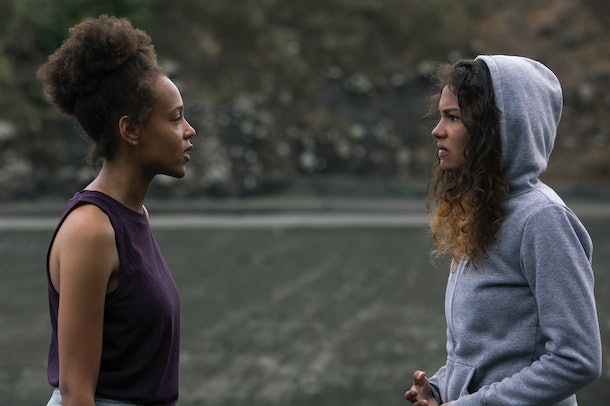 While Faber and Young tell Rachel her parents know "the broad strokes," they don’t go into details. In fact, they’re the ones asking Rachel about what went down with Nora, but she said she didn’t want to talk about "what happened to her." The past tense, as well as the way she talks about Nora being wiser than her, doesn’t seem like promising foreshadowing. What happens at the end of this episode — and then later at the end of the season — only makes things look worse for Nora.

At the end of Episode 2, Rachel tells the men she had her sister all wrong. "She was always up ahead, standing in front of me somehow. And there I was thinking that she was just casting some kind of shadow that I had to get out from under. It was protection. She was throwing herself in front of the world for me," she says.

This, of course, is majorly true. The final few moments of Episode 10 show Rachel floating in the water, only to be pulled under by a shark. Nora then races into the ocean to help her sister. And while fans know Rachel survives the attack, the first season ends before fans get to see whether Nora ever makes it out of the water. 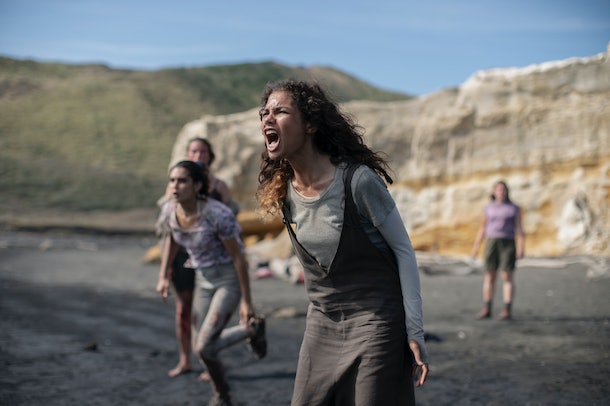 When Dr. Faber asks how the story ends, Rachel shrugs and says she doesn’t know and that it’s in their hands now. "It’s true what they say, you know. That you can still feel things," Rachel told them before exposing her right arm, which was now missing a hand. "Messages from old nerve endings. Sensations from the past. You know what I feel? Is her hand holding mine. Forever."

While this could just be referencing the bond Rachel has with Nora, it sounds super ominous. Whether she is just reflecting on losing a limb or the possible death of her twin, the jury is still out.

The Wilds is on Amazon Prime Video now.