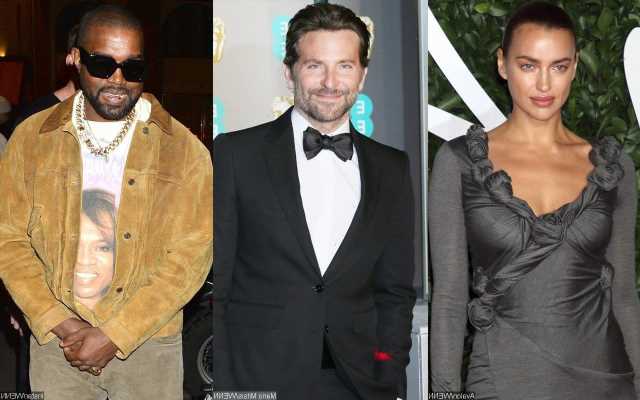 Of her French romantic getaway with the Grammy-winning rapper to celebrate his 44th birthday, the Russian supermodel is reported to be ‘thrilled’ as she ‘likes’ him.

AceShowbiz –Irina Shayk apparently doesn’t want to waste more time to “move on” from Bradley Cooper. After calling it quits with the “A Star Is Born” actor in 2019, the supermodel is now reported to be “excited” and ready to start a new romance amid Kanye West dating rumors.

“She’s excited and she’s been ready to move on and find someone,” a source close to the Russian model spilled to HollywoodLife.com. Of the 35-year-old beauty’s romantic getaway with Kanye to celebrate his birthday in France, the source revealed, “Irina was thrilled when Kanye reached out to her asking her to hang out.”

The insider continued, “She doesn’t want to be known as just someone who’s associated [with] Bradley Cooper.” The so-called inside source claimed that Irina “likes” the Grammy-winning singer. “This is a Hollywood merger of a new Hollywood power couple in her eyes, of Kanye and Irina, and it feels big to her for her career, but she also likes Kanye. She’s ready for this,” the source told the publication.

While neither of the alleged couple has confirmed the rumors, it was previously reported that Irina and Kanye have been dating since March, several months before their French getaway. They were believed to have hung out together in New York City in late April, when the 44-year-old rapper was there for DMX’s celebration of life, as per TMZ report.

Meanwhile, a separate source told E! News that Kanye and Irina “had known each other for years through the fashion industry” before they began seeing each other “several weeks ago.” According to the insider, the “Power” rapper “has been flying in and out of New York to be with her.”

As to how the supermodel and the musician connected, the source chimed in, “Kanye and Irina connected recently when they were both in New York City. They met up one night and had chemistry and hit it off.” A second source, however, noted that their relationship is “very casual and they have only been in touch for about a month,” adding, “Kanye has expressed he doesn’t want anything serious but likes Irina’s vibe.”

Amid the ongoing dating speculations between Irina and Kanye, Kim Kardashian apparently “knew” that her estranged husband has been secretly seeing each other for the past few months. “Kim knew that Kanye and Irina were dating,” a source told Us Weekly. The insider also claimed that the “Keeping Up with the Kardashians” star knew the “Real Friends” spitter and the model have “been quietly seeing each other for a couple of months.”