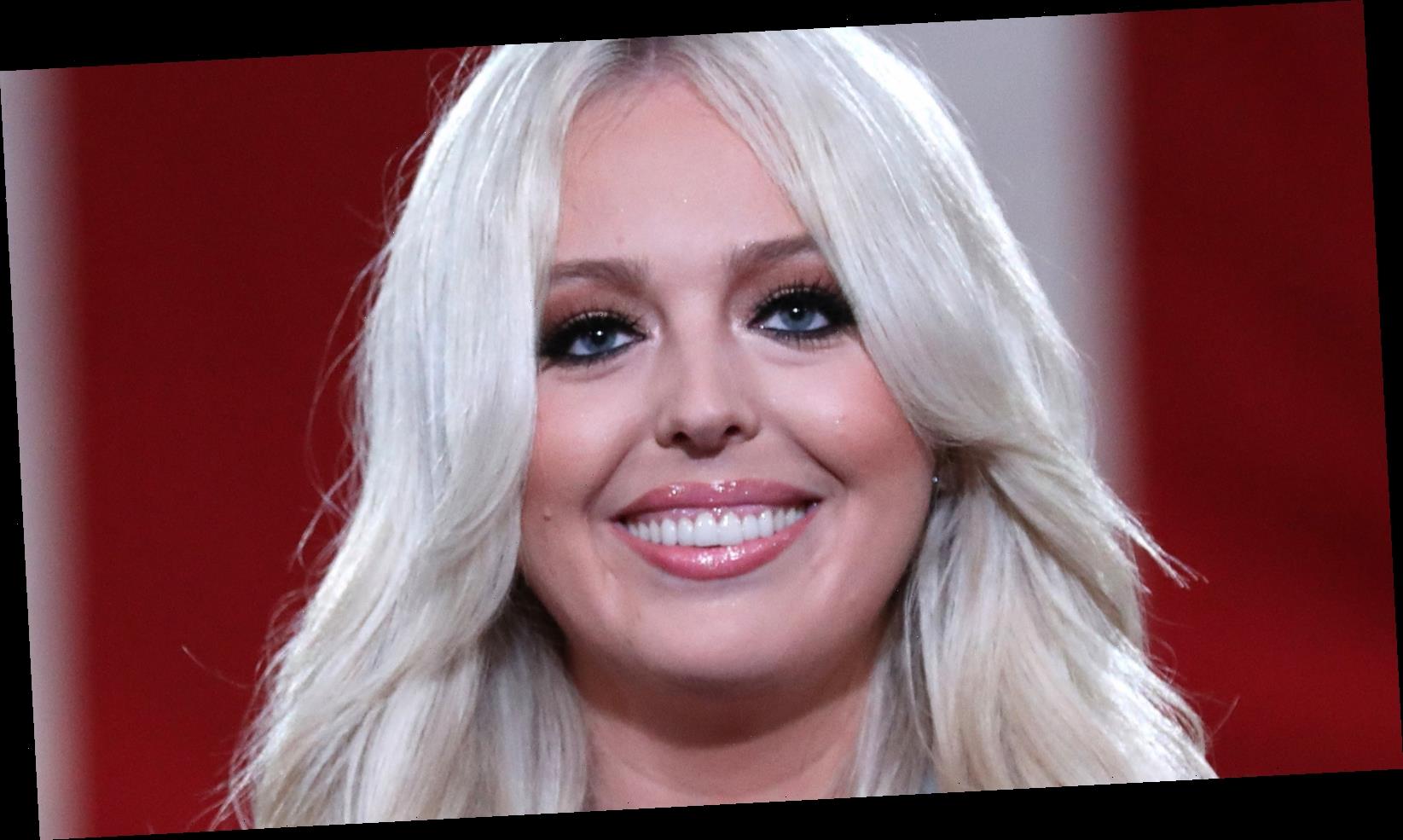 It’s official: Donald Trump’s youngest daughter, Tiffany Trump, is engaged. She announced the exciting news via Instagram on Jan. 19, 2021 — her father’s last full day in office. “It has been an honor to celebrate many milestones, historic occasions and create memories with my family here at the White House, none more special than my engagement to my amazing fiancé Michael! Feeling blessed and excited for the next chapter!” she wrote along with a photo of herself and Micael Boulos standing at the White House in matching black outfits. Boulos posted the same image, writing, “Got engaged to the love of my life!”

For those who don’t already know, Boulos is a businessman and “billionaire heir,” according to Vanity Fair. He and Tiffany were first spotted in 2018, walking in London together where Boulos studied finance, per Town & Country magazine, and have been inseparable since. As for Tiffany — the only child of Donald and his second wife, Marla Maples — she has mostly remained out of the spotlight during her father’s reign as the 45th President of the United States. However, Tiffany is not completely removed from her father’s politics. She spoke at the Republican National Convention in 2016 before Donald got sworn in and in August 2020, months after graduating from Georgetown Law School.

So without further ado, let’s take a deeper look at Tiffany’s engagement and her romance with Boulos.

Was Tiffany Trump engaged before the news broke?

Michael Boulos has been a staple to Tiffany Trump’s Instagram feed since 2019. According to a source close to Town & Country magazine, though, they had been slowly getting to know each other for years. The model and former Vogue intern introduced Boulos to her family during Thanksgiving of 2018, where he received Donald Trump’s approval, and the relationship took off from there. The pair have spent lots of their time traveling, often posting snapshots of their vacations in places such as Thailand and Montenegro.

The Boulos and Trumps seem to have gotten acquainted easily, as both Boulos and Tiffany have shared photos of the families hanging out. Tiffany posted an image of both families smiling in front of a Christmas tree in December 2019, and Boulos shared a picture from the State of the Union address in February 2020. Additionally, Boulos has Marla Maples’ stamp of approval. The mom told Town & Country in 2020, “I adore Michael!”

In January 2020, Boulos had to shut down rumors that they were engaged after a fake engagement party invitation circled the internet. “FYI though, the letter/invitation that has spread around in the past two days is not real, it’s been completely made up,” he wrote on his Instagram Story, per the Daily Mail. However, it looks like a real engagement party invitation will be going out soon!