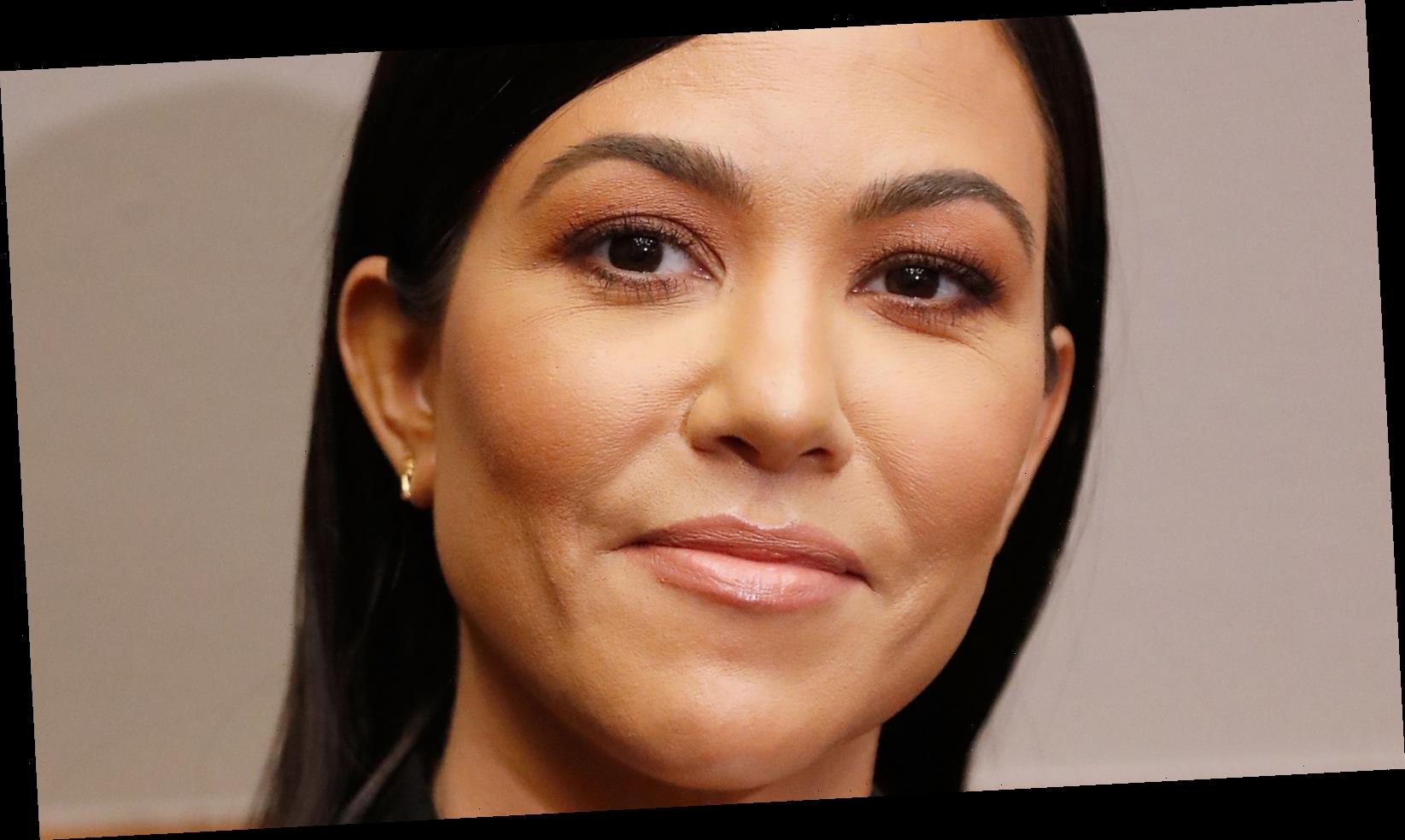 Kourtney Kardashian and Scott Disick’s relationship always has people guessing. Hopeful fans thought the pair might take another shot at their on and off again romance once they were both single following Disick’s split with girlfriend of three years Sofia Richie in 2020. However, fans will have to wait longer for a chance that the ex lovebirds will bring any sort of romance into each other’s lives again because Disick has since moved on with actor Amelia Hamlin and Kourtney is dating Blink-182 drummer Travis Barker.

As the new romances were starting to gain media attention in early 2021, a head-turning clip was teased for an upcoming Keeping Up with the Kardashians (KUWTK) episode that allowed fans to hold onto a gleam of hope that Kourtney and Disick would reunite. The clip (via The Sun) showed the parents of three sleeping on a couch together and Kim Kardashian sharing the details of the sleepover with Khloe Kardashian and Kendall Jenner. “He was here and she was here,” Kim explained. “They weren’t far away though, they were close.” Khloe and Kendall then both admitted they would love to see Disick and Kourtney take their relationship to the next level.

Now, fans have gotten another peek at that overnight rendezvous between Kourtney and Scott in a preview for the April 1, 2021 episode of KUWTK. Keep scrolling to get an inside look at Kourtney Kardashian and Scott Disick’s first childless sleepover in “years.”

In a clip teasing the April 1 episode of Keeping Up with the Kardashians (via E! News), Scott Disick and Kourtney Kardashian make a surprising run in with each other at the family’s Malibu vacation home. “This is like the world bringing us together,” the Flip It Like Disick star said to the Poosh founder. “Do you want to watch a movie?” Scott asked after their initial shock wore off.

Kourtney agreed to a movie, which led to the ex couple engaging in friendly conversation. “I can’t remember the last time Scott and I spent time alone together without the kids,” Kourtney said in a confessional to cameras. “It’s been years since we did this, and it’s just a little bit weird.” Although she felt “weird,” the pair seemed to enjoy each other’s presence as they commented on the way Kourtney ate a cookie and reminisced about their past.

After Kourney shared with Disick that she is working on a celibacy article for her website, for instance, Disick commented on the time they practiced celibacy. However, Kourtney disagreed, saying they “still had sex.” The clip then returned to Kourtney in a confessional admitting that she “forgot how nice it is to just have a conversation with Scott without the kids.”

While fans are begging the exes to try dating again, it looks like for now they are remaining co-parents and “purely platonic” friends, as Disick quipped in the clip.