Power couple Aaron Rodgers and Danica Patrick went public with their relationship in early 2018 and have been going strong ever since. During the NFL season the couple lives in Wisconsin, not from Lambeau Field where the Green Bay Packers play. But in the offseason, Rodgers and Patrick reside in the quarterback’s native California.

The two recently purchased a huge beach house together in the Golden State, which offers views that would wow anyone. It also came with an eye-popping price tag as one of the most expensive properties sold in the area. Here’s what the Packers signal caller and retired race car driver paid for the stunning home and what their Malibu mansion boasts. 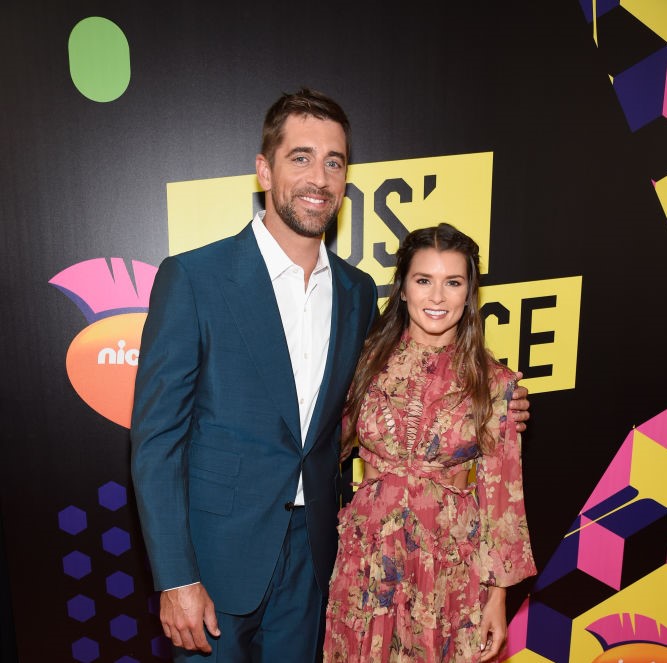 As mentioned above, A-Rod is originally from California and already owns a home in Del Mar which he bought back in 2009.

You would think that place has everything anyone would need but Rodgers and Patrick decided to get another pad right on the beach in ritzy Malibu.

My podcast episode with @aaronrodgers12 is out! I have to say, I was a little nervous about it! Sometimes when you are really close to someone it makes it harder to know where to start, where to draw the line, or what people already know about them. But there is something magical that happens when you make an effort to combine interesting topics about that person and then very intentionally and attentively invite them to elaborate. I defiantly learned things I didn’t know about his childhood and experiences he has had throughout his life. It just goes to show that we can always get to know our partner better. . . So, moving forward into 2020 I am going to try and do more of that. And, I am not only going ask more questions but I am going to listen more!!!!! I am going to do a better job at just holding space for him to tell his stories and feel really heard and understood. I have a tendency to be narcissistic and think of myself in their position or tell a story about myself in a similar scenario, but I want to do a better job at just stopping…… and acknowledging his emotions and experiences. Don’t we all want to be heard and seen and loved – just as we are? The emotional journey of life is really an inside job anyway, so sometimes the best thing we can do is listen and say – I see you. ❤️

The hefty price tag and what the Malibu home includes

In December 2019, TMZ reported that Patrick and Rodgers purchased a Malibu beachfront property together. According to the media outlet, the couple paid $28 million for the villa previously owned by British star Robbie Williams, who bought it in July 2019 for $20 million. Prior to Williams, Netflix Content Chief Ted Sarandos and even Janet Jackson once called it home.

Rodgers and Patrick’s beach home is 4,636-square feet and boasts four bedrooms and four bathrooms, an open floor plan with a living room, dining area, and gourmet kitchen. It also has a 2-bedroom guesthouse. And the pair can enjoy a swimming pool in their new place with views overlooking the ocean.

Click here to see photos of inside and outside the property.

Are wedding bells next?

Happy birthday to my best friend and favorite person in the world!!!!! You are the one I want to tell my best and worst days to first. 🤟🏼 I am so grateful the universe made you!!! The star dust started it all, but you have done nothing but make it better every year of your life. Thank you for being the loving, generous, thoughtful, patient, fun, funny, spontaneous, talented, smart, and uber attractive man, that I get to walk through life with. This journey we are on…. it’s a really really good one. I love you. ❤️ Happiest of birthdays yet!!!!!!

Now that they bought a house together some fans are wondering if there are wedding bells in their future. That’s something Patrick is hoping for one day.

“I mean I would hope that’s the intention. Look, there [are] no guarantees in life, but as long as you have that intention, that’s what matters, right?” she said in an interview with E! News.

If the NFL star and Patrick were to tie the knot it would be his first marriage and her second as she was previously married to a physical therapist named Paul Hospenthal. They wed in 2005 and their divorce was finalized in 2013.

Read more: Who Has a Higher Net Worth Aaron Rodgers or Danica Patrick?

A piece of classical music can be a sumptuous dish. Flavors combined from different regional influences, refined with time-tested traditions...