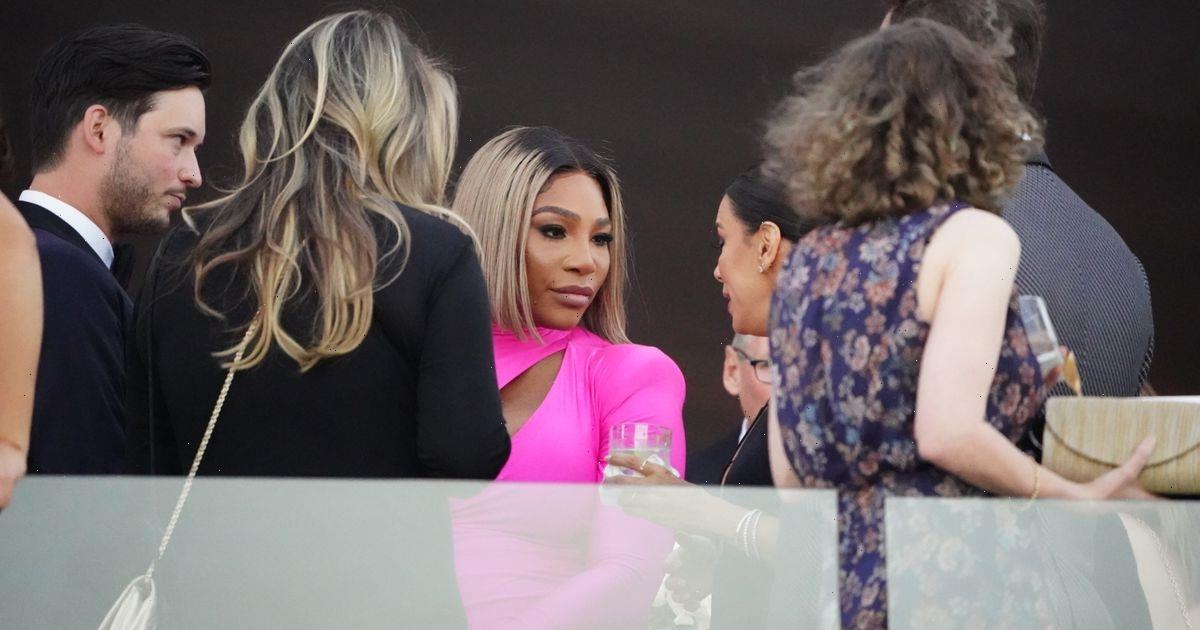 Brooklyn Beckham and Nicola Peltz have finally tied the knot in a star-studded ceremony after weeks of anticipation.

A-list guests were spotted entering the young couple's wedding last night, which is thought to have cost around £3million.

Spice Girls Mel C and Mel B, fashion designer Rachel Zoe and TV chef Gordon Ramsay were among those spotted at the Peltz mansion in Palm Beach, Florida.

A silhouette photo released shortly after appeared to show the bride and groom in embrace after saying 'I do'. The pair kissed for a whole six seconds in front of delighted onlookers, it is reported.

Brooklyn, 23, stood at the front of the venue for 15 minutes before the 27-year-old American actress waltzed down the aisle to join him for their sacred vows.

The eldest of David and Victoria's children had six groomsmen on his right, with six maids of honour standing to the left of Nicola.

Other guests included tennis icons Serena and Venus Williams, as well as Victoria's longtime friend Eva Longoria, who looked stunning in one of Victoria's own dresses.

Dashing hopes of a Spice Girls reunion, Emma Bunton sadly announced shortly before the nuptials that she wouldn't be able to make it.

Taking to Instagram to share some unseen snaps, Baby Spice penned a moving caption alongside two snaps of her with Brooklyn and Nicola.

She wrote: "These two beautiful souls are getting married today!

"I'm so sorry I couldn't make it there to celebrate you both.

"We love you all very much. @victoriabeckham @davidbeckham try not to cry too much!! #happytears."

Geri Horner also missed the event due to travelling to Australia with her husband Christian.

Nicola's older sister Brittany, 30, who is currently expecting her fourth child, was seen cradling her baby bump as she posed for photographs in a stunning navy blue off-the-shoulder gown.

Mel C, 48, was spotted on the balcony of one of three marquees erected in the grounds of the compound while Eva Longoria was seen spending time with Serena Williams.

Gordon Ramsay looked smart in a black suit as he stood on the balcony with his daughter Holly, 22, who stunned in a clinging black gown with a daring side split.

Kim Kardashian's close pal Jonathan Cheban looked sophisticated in a black tuxedo, while he added a touch of glitzy with a sparkling silver bowtie.

Other snaps showed her posing with her Mexican businessman husband José Bastón and nightclub owner David Grutman and his wife Isabela.

Actor Evangelo Bousis also couldn't help but share a slew of glamorous snaps as he got ready for the wedding with fashion designer Peter Dundas.

Perhaps an unexpected face among the star-studded crowd was Steve Mnuchin, who served as secretary of the treasury as part of the Cabinet of Donald Trump. He was seen beaming with his wife Louise Linton who wore a sleek red gown.

Guests arrived in limos, many of them Bentleys and Rolls-Royces – plus dozens of blacked out Cadillac Escalades.

All the estimated 300 guests were processed through the main gate of the Peltz compound at 5.15pm – in a 45-minute operation directed by Palm Beach police.