What is historically known in the United States as Columbus Day — honoring Italian explorer Christopher Columbus — is now celebrated as Indigenous Peoples’ Day in many states and households, in order to celebrate and honor Native American peoples and commemorate their histories and culture.

While Indigenous Peoples’ Day began as a counter-celebration held on the same day as Columbus Day as a way for some to reject the violent history of colonization, 15 states have officially declared the second Monday in October Indigenous Peoples’ Day, including Alabama, Alaska, District of Columbia, Hawai’i, Idaho, Maine, Michigan, Minnesota, New Mexico, North Carolina, Oklahoma, Oregon, South Dakota, Vermont and Wisconsin.

Meanwhile, for Indigenous artists, representation is everything. While there have been important moves in the right direction, there’s still work to be done to welcome more nuanced Indigenous characters on screen.

Let’s take a look back at what some Indigenous artists have said to ET about the importance of representation.

Ornelas — who is Navajo and Mexican American — co-created Rutherford Falls with Ed Helms and Mike Schur, which is an upcoming Peacock original about the lives in a small town in upstate New York and the Native American reservation it borders, which are turned upside down after town namesake Nathan Rutherford (Helms) fights the moving of a historical statue. The team behind the production includes the largest Indigenous writing staff for an American TV show.

Ornelas, who also serves as executive producer and showrunner, talked about the significance of this fact during Peacock’s virtual Television Critics Association press tour in August.

“In the writers room, we all saw things differently,” Ornelas said, explaining that it allowed them to fully flesh out ideas and representation seen onscreen.

She added that this series is also an opportunity to see Native Americans depicted as regular people.

“You just never see Indians on TV. When you do, it’s one guy and he has to transform into a wolf or something,” she said, revealing that there will be multiple Native American characters in the show.

Indeed, the series cast includes Jana Schmieding and Michael Greyeyes. Schmieding, a Lakota Sioux performer, will play Nathan’s best friend Reagan Wells, who dreams of making her tribe’s modest Cultural Center into a world-renowned museum. Meanwhile, Greyeyes — who was last seen on I Know This Much Is True — will play Terry Tarbell, the CEO of his tribe’s mid-level casino.

Rutherford Falls is still in the production process, but will debut on Peacock. 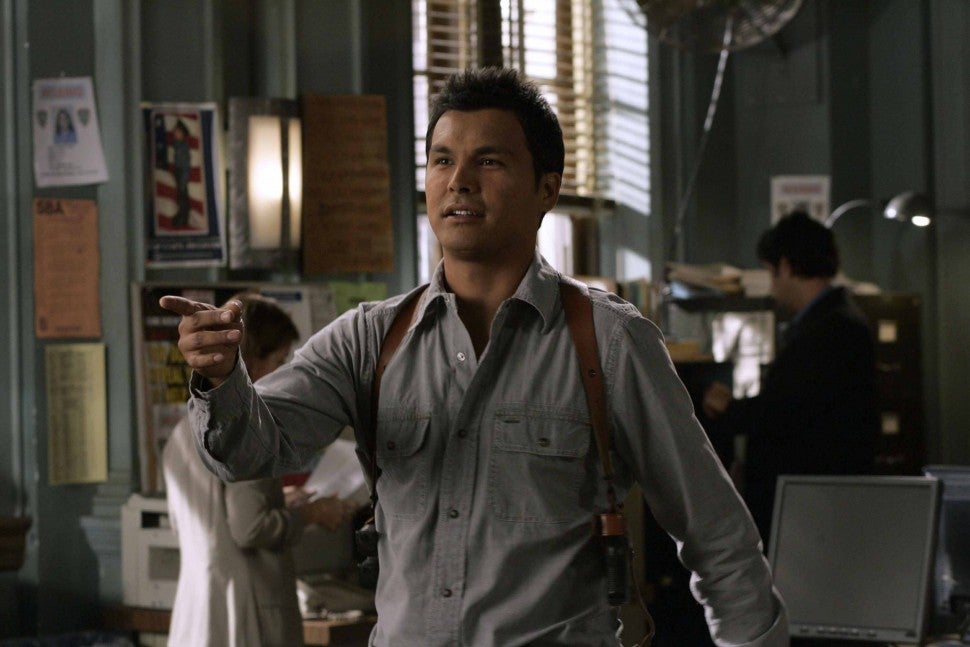 ET previously spoke to Beach about his time onLaw &Order: SVU, in which he played Detective Chester Lake from 2007-2008.

“What was great about Chester Lake [was Law & Order creator] Dick Wolf wanted a character that was embedded into the beginnings of how New York City was built and paying homage to the people that did it, which was the Mohawk Nation,” he said of the history of his character. “So, he wanted a character that was not only a New Yorker, but also a piece of every brick being built. He saw this beauty of how New York was being built and he was paying homage to that.” 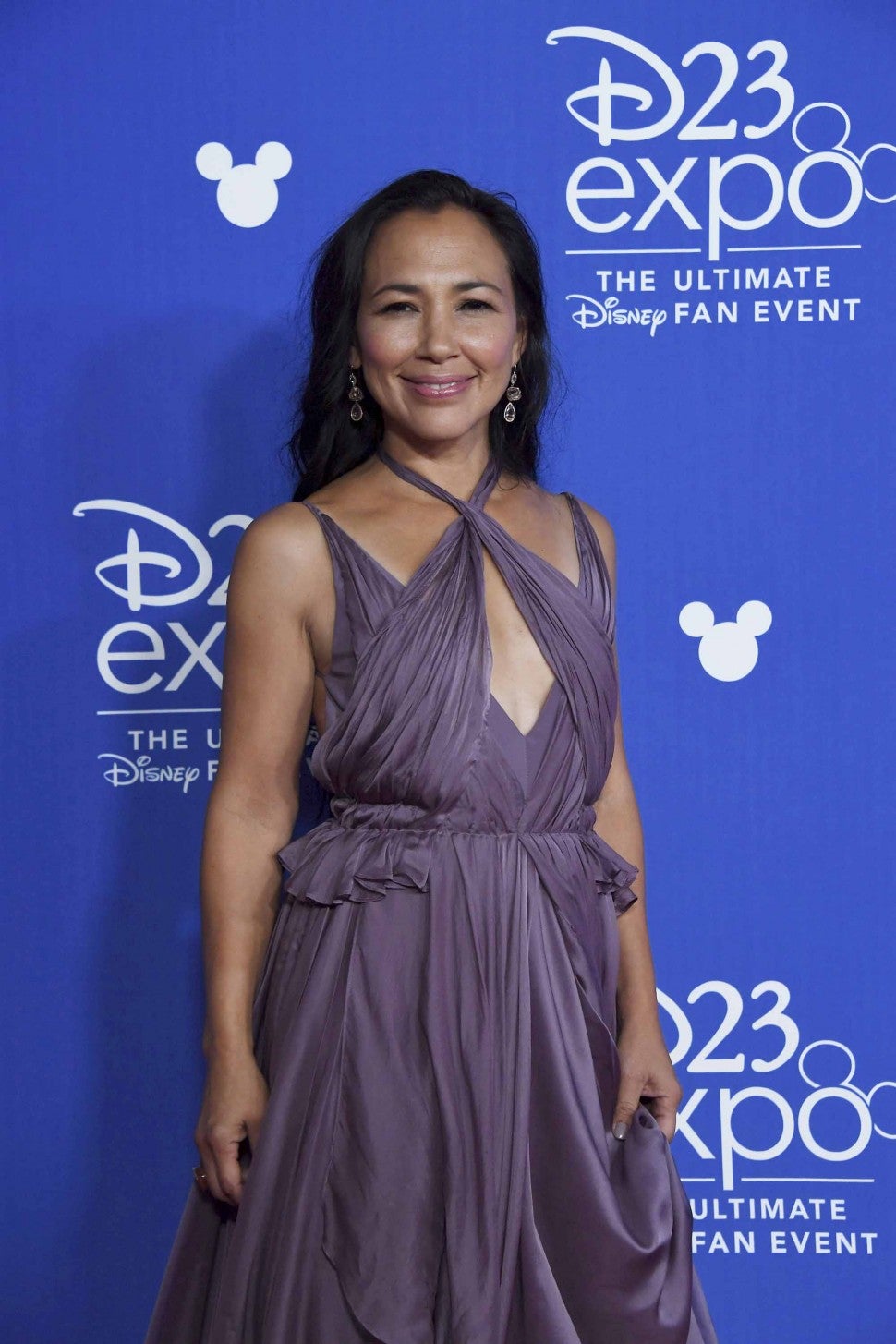 Bedard, the voice of Disney’s Pocahontas, spoke to ET in November 2018 about starring in Audible’s limited production of Have a Nice Day, a dramedy about a man desperately trying to save his presidency, his marriage and his relationship with his daughter.

“I was pleased to be part of something where, as a Native person, there can be some humor,” Bedard, who is of Inuit descent and has appeared on Westworld and The Mist, said of the production. 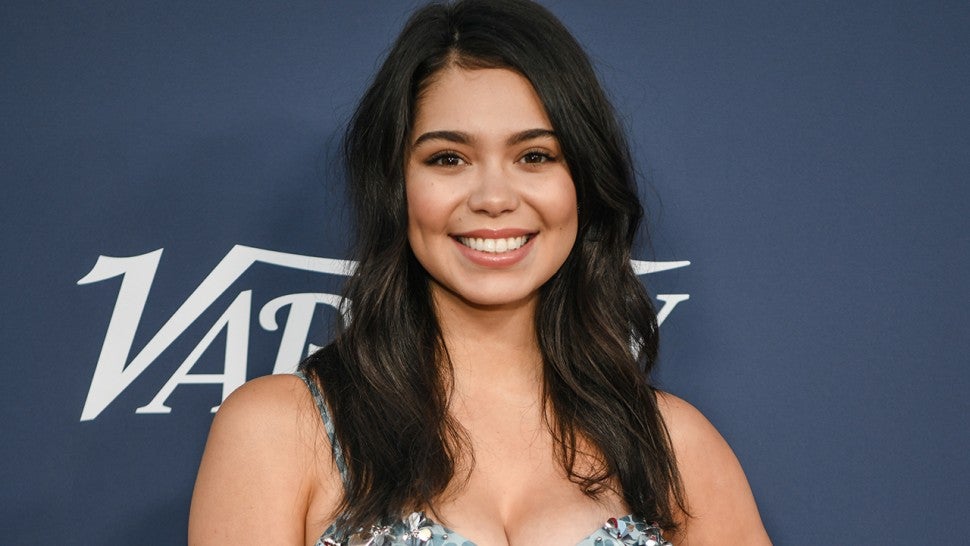 ET spoke to Cravalho, who is Native Hawaiian, in November 2018, and she talked about her admiration for Bedard. The two not only took the stage together at the D23 Expo in 2017 — both taking part in all the living actresses behind Disney’s history of animated princesses coming together on stage — but also starred together in Have a Nice Day.

“It was wonderful being on stage with another Disney princess,” Cravalho said. “Pocahontas and Moana in the same show. I loved it!”

And the notion of Disney’s only two indigenous princesses coming together wasn’t lost on Cravalho, who said she hopes for more moments like this in the future.

“Native actresses will hopefully be able to continue to work with each other and work with stellar casts like this,” she told ET. 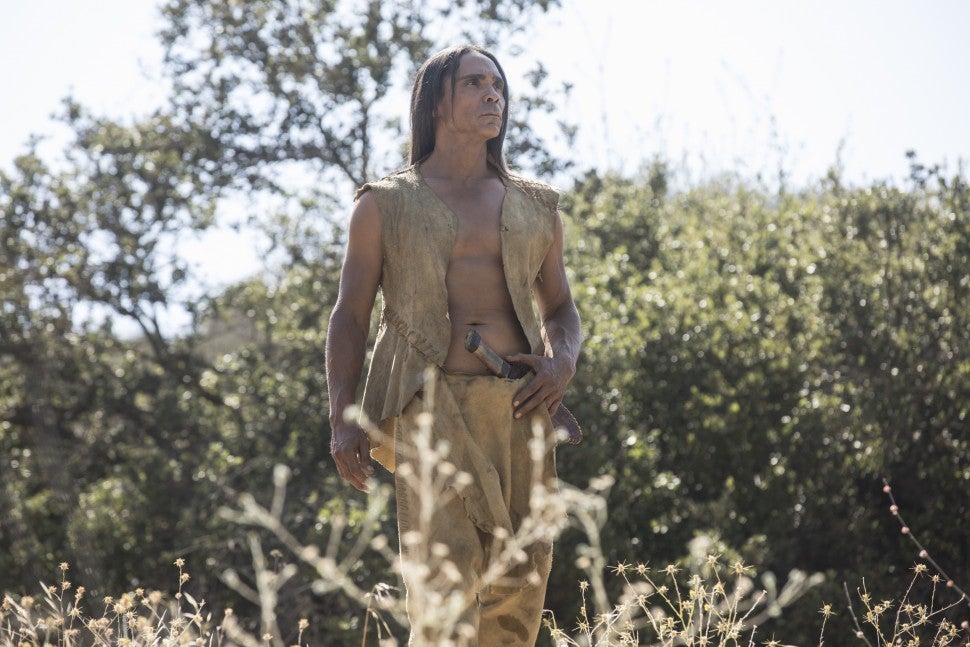 ET spoke to McClarnon in June 2018 about playing Akecheta, a Ghost Nation host, in Westworld.

“You just don’t get those opportunities, especially being an actor of Native American descent,” he said. “The storylines just aren’t out there. It was a beautiful experience, and I hope as an actor, I get to explore more of that.”

The actor said he definitely drew on his experiences growing up to get into character.

“Just bringing my experiences of growing up in the culture, as a Native American who was in and out of the reservation area, whose grandparents live on the reservation, uncles and aunts, and would go to the reservation, and living 30 miles away from the reservation,” he said. “So experiencing both worlds, the White world and the Native world, and how I was treated in both cultures, not really fitting in. I brought a lot of that to the character. And because Ghost Nation are kind of outside characters as well, within the storyline, you don’t see a lot of them, they’re kind of different from a lot of the hosts, I was able to tap into that experience of growing up. And it’s a tribe made up from Ford’s [Anthony Hopkins] mind, so especially the Ghost Nation characters, don’t have to be culturally accurate. They can be those characters made up from the mind of a European man who thinks this is what a tribe would be.”

Meanwhile, there are many organizations that support the Indigenous people of this country.  Read on for a few nonprofits you can support today.

The Native American Rights Fund (NARF) has provided legal assistance to Indian tribes, organizations, and individuals nationwide who might otherwise have gone without adequate representation since 1970. NARF has successfully defended the rights of Indians and tribes in major cases, and has achieved results in such critical areas as tribal sovereignty, treaty rights, natural resource protection and Indian education.

The Indigenous Literacy Foundation’s purpose is to make a difference to the lives of Indigenous families by not only gifting thousands of new culturally appropriate books — with a focus on early literacy and first language — but also by running programs to inspire the communities to tell and publish their own stories.