As Britney Spears’ conservatorship battle continues to make headlines, Iggy Azalea is speaking out about working with the singer and Jamie Spears on the 2015 song “Pretty Girls.”

“It’s basic human decency to at the very least remove a person Britney has identified as abusive from her life. This should be illegal,” the “Fancy” rapper, 31, began on Wednesday, June 30, in a statement titled “#FreeBritney” via Twitter. “During the time we worked together in 2015, I personally witnessed the same behavior Britney detailed in regards to her father last week and I just want to back her up and tell the world that: She is not exaggerating or lying. I saw her restricted from even the most bizarre and trivial things: like how many sodas she was allowed to drink. Why is that even Necessary?”

Azalea alleged that Jamie, 68, “conveniently” waited until “moments before” the musicians were set to take the stage at the 2015 Billboard Music Awards to present her with an NDA. 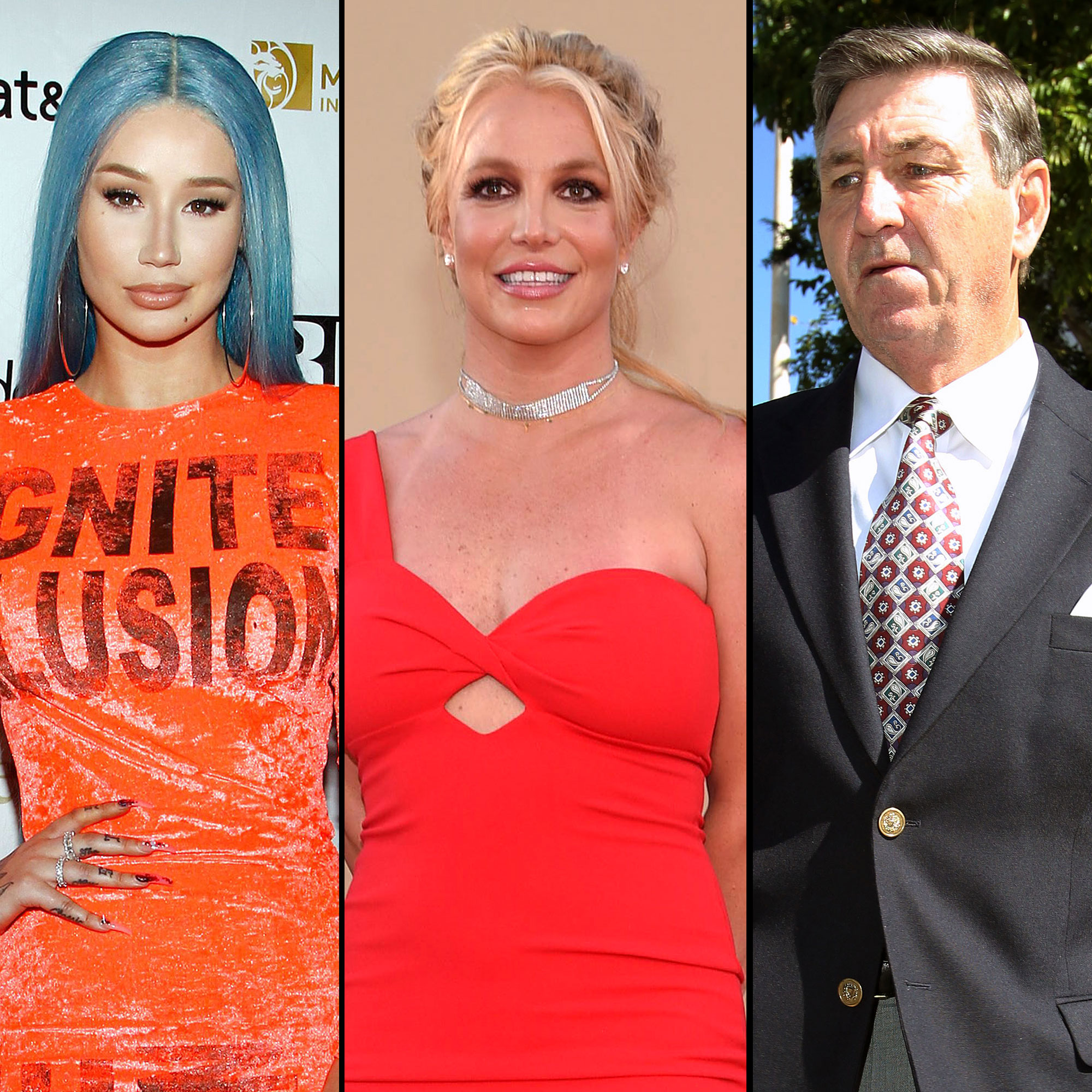 “[He] told me if I did not sign an NDA he would not allow me on stage,” Azalea claimed. “The way he went about getting me to sign a contract, sounded similar to the tactics Britney spoke about last week in regards to her Las Vegas show.”

Azalea concluded: “Jamie Spears has a habit of making people sign documents while under Duress it seems, and Britney Spears should not be forced to co-exist with that man when she’s made it clear it is negatively impacting her mental health. This is not right at all.”

Britney, 39, expressed her desire to end her “abusive” conservatorship during a June 23 court hearing, alleging to the judge that she is unable to remove her IUD to have kids with boyfriend Sam Asghari and has been medicated against her will.

“The control he had over someone as powerful as me — he loved the control to hurt his own daughter 100,000 percent,” the “Lucky” singer claimed about Jamie, alleging she was forced to work against her will without access to her credit card, cash, phone or passport.

Britney Spears’ Conservators Fight Back and Forth After Court Hearing

Days after the hearing, Jamie claimed in court documents submitted on Tuesday, June 29, that his daughter’s care manager, Jodi Montgomery, is responsible for the alleged mistreatment of the Grammy winner. Montgomery’s lawyer, Lauriann Wright, fired back in a statement to Us Weekly.

“I can state unequivocally that Jodi Montgomery has been a tireless advocate for Britney and for her well-being. While she does not control Britney’s financial assets, she is responsible for her personal care, and if Britney wants any issue brought up to the court, Ms. Montgomery is and has always been ready, willing, and able to do so,” Wright said, noting that Montgomery’s “primary goal” since 2019 has been “to assist and encourage Britney in her path to no longer needing a conservatorship of the person.”

Jamie has yet to publicly respond to Azalea’s claims, which come after Judge Brenda Penny signed an order naming Jamie and fiduciary Bessemer Trust as Britney’s co-conservators, a decision made after a November 2020 hearing. Britney hasn’t officially filed new paperwork to end her conservatorship following last month’s court date.