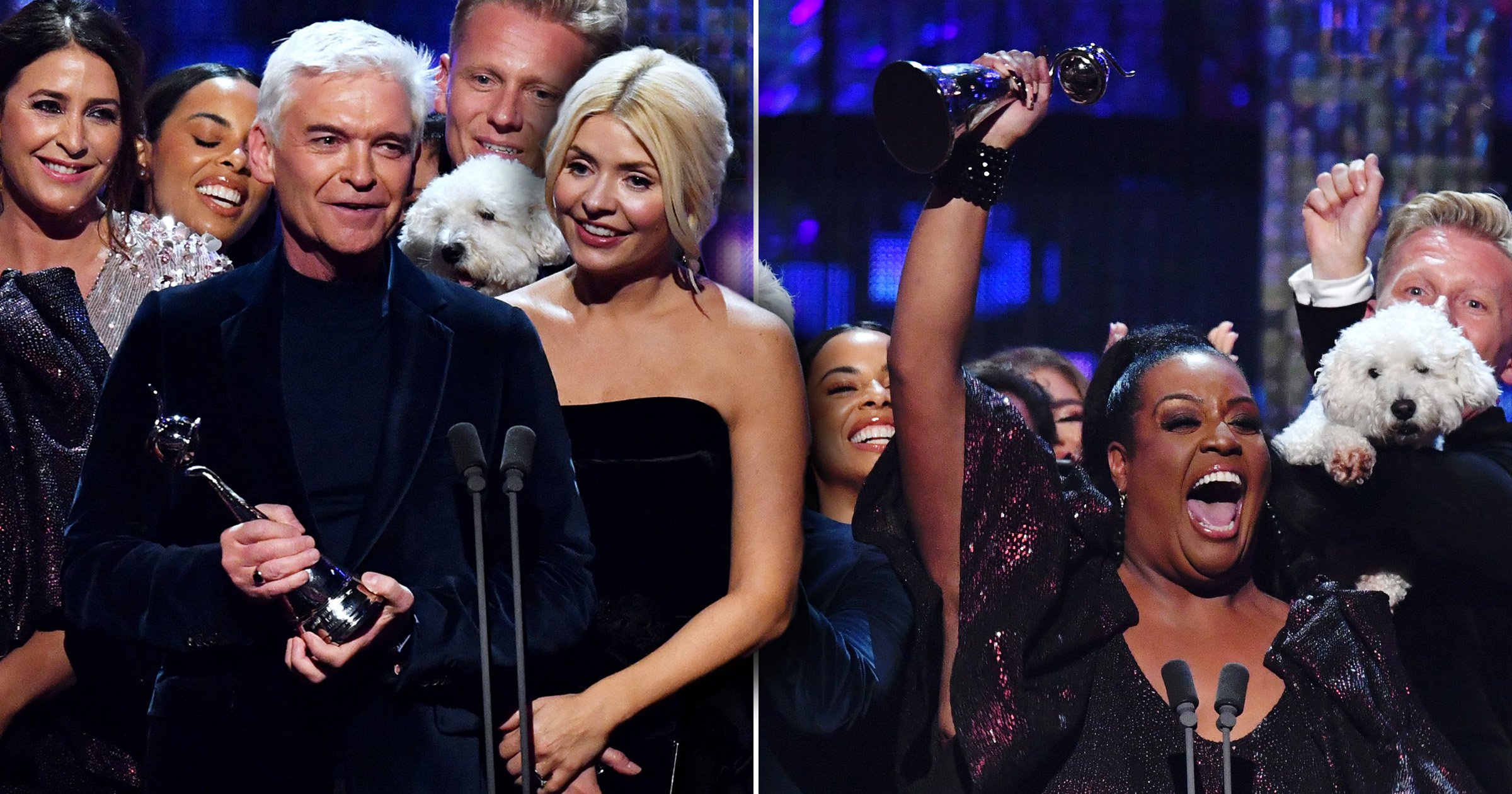 The National Television Awards is quite literally the TV event of the year, with so much drama unfolding on camera it’s hard to believe there could be any more chaos behind the scenes.

Pah, we pity the fool who thinks it’s all graceful loser faces and a smooth ride when the cameras aren’t rolling.

On Thursday night, I was let loose at the NTAs and it proved to be more eventful than I was imagining, spurred on by the endless free bubbles pouring throughout the night – which every single guest made the most of – and a general sense that organisation went out the window.

Somehow I ended up sandwiched in between the cast of Peaky Blinders and the stars of The Masked Singer, having to casually pretend that’s exactly where I belonged because, honestly, if anyone screams ‘I do not work in TV and am more likely to be eaten by a dinosaur than become a celebrity’ it’s me.

Well, thankfully no one noticed and I was able to smell the fear of guest presenters from a mere few feet away.

Here’s what I saw that didn’t make it onto the screen:

It’s been almost a month since Holly Willoughby and Phillip Schofield committed the crime of century by walking around a queue of mourners who spent more than 12 hours to pay their respect to Queen Elizabeth II but the atmosphere in the room proved they haven’t quite been forgiven yet.

Regardless, This Morning managed to win the National Television Award for Daytime beating the likes of The Repair Shop and Loose Women, with the panelists from the fellow ITV favourite caught looking pretty miffed.

It’s been widely reported the announcement was met with boos, I’d say there was a boo at the most, but there was without a doubt a very real discomfort in the room.

Going into the NTAs, it felt like it was going to be Alison’s night and she would be the chosen one who would finally end Ant and Dec’s staggering 21-year winning streak of taking home the trophy for best presenter.

However, it was not meant to be. Ant and Dec couldn’t attend after both catching Covid because, in their own words, of course they ‘even get ill together’.

Even Alison has since admitted she thought she heard her name too, but she wasn’t the only one ready to jump out of their seat to celebrate her win.

It was clear most people in the room thought that prize was hers for the taking too, evident in the slight delay in applause and some very confused glances.

Fans of Heartstopper, we can confirm that the cast are all gems and they must be protected at all cost – they were inseparable all night, linking arms, holding hands and having a ball all night.

They were also easily the most sought-after guests at the bash, even if they left empty-handed, with pretty much every hun in the room seeking them out for a quick selfie.

The toilet queue was absolute chaos

Naturally, when the drinks are endless there’s a lot of bladders about to burst. It was great timing then when one of the two toilets on the right side of the arena was blocked and the likes of Dame Kelly Holmes and the Loose Women were all hysterically cheering each other on as we raced to get the job done (hygienically, of course).

A pretty grim detail but it was weirdly one of the friendliest moments of the night, with a strange sense of camaraderie.

A special shout out needs to go to Westlife’s Mark Freehily, who – despite the chaos – was an absolute gentleman and gave up his place in the queue for someone else in need.

Of course, if you’re popping bottle after bottle, thirsty celebs are going to come sniffing for those bubbles – and sniffing they did.

In turn, there were a lot of empty seats, which is absolutely not what ITV wants you to see when you’re watching from home. Subsequently, there was a moment when a sudden surge of young seat fillers were roped in to pose as TV big wigs.

During the advert breaks, the floor is total carnage.

Every single time, without fail, when host Joel Dommett cut to an advert break, the entire floor would erupt with soap stars, reality stars, TV icons and rogue fans like me dashing around to grab selfies, free prosecco or frantically find the nearest exit for a cigarette with a warm-up comedian trying to keep the room calm – and failing.

He had good craic though.

Naturally, everyone in that room has been perfecting their losing face to a tee but actually there were plenty of seething guests when their names weren’t announced.

The Loose Women didn’t even pretend to be pleased for This Morning, but they weren’t the only ones putting their frustration right out there.

I was also genuinely taken back how transparent certain guests were with their opinions on all the categories, with, as previously mentioned, Holly and Phil being the far most talked about stars at Wembley Arena.

Undisputably the greatest winners of Love Island, Ekin-su Cülcüloğlu and Davide Sanclimenti legged it out of Wembley Arena, avoiding the star-studded afterparty, despite only becoming celebrities themselves just a few months ago.

For all the Ekin-su and Davide fans, they left hand-in-hand, darting off as if they were embarking on some impossibly romantic night ahead and totally living up to all my dreams of being the epitome of star-crossed lovers.

Honestly, the afterparty was bop after the bop and it’s a miracle my suit is still in one piece after throwing myself on the floor to Crazy In Love.

Glasses of champers, wine and cocktails were being handed out across the room with a huge bar decorated in free drinks at its centre, while all your favourite noughties hits with a peppering of ABBA thrown in for fun.

The Loose Women were in one corner gossiping and making the most of the free grub, while Love Island stars from various series gone by were clubbed together in another looking like Boohoo angels sipping on free drinks.

The National Television Awards is available to catch up on ITV Hub.