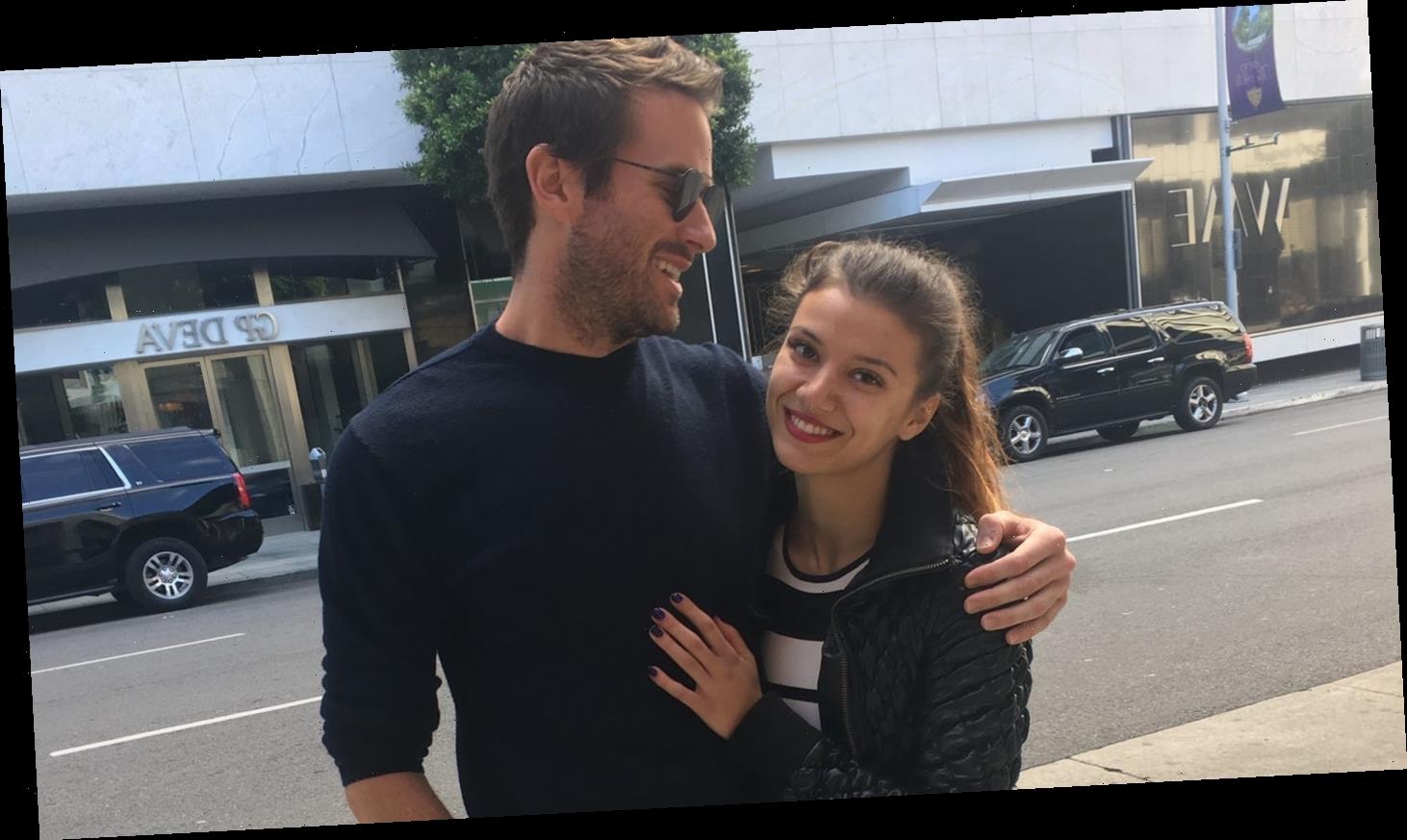 “He abused me mentally, emotionally and sexually,” the 24-year-old woman named Effie said, weeping as she appeared at a Zoom press conference with Allred.

During the alleged attack, Effie said Hammer “repeatedly slammed my head against a wall, bruising my face. He also committed other acts of violence against me to which I did not consent.

“He beat my feet with a crop so they would hurt with every step I took for the next week. During those four hours, I tried to get away but he wouldn’t let me. I thought that he was going to kill me,” she said, often crying.

“Effie” was the name attached to an anonymous Instagram account that in January first revealed graphic texts about sex and cannibalism allegedly sent by Hammer.

Armie Hammer with a woman named Effie, who says he raped and beat her in Los Angeles in 2017. LA police are investigating. (Photo: Gloria Allred)

Hammer, 34, who has strongly denied all accounts of his alleged crimes and unconventional sexual practices, responded through his lawyer, Andrew Brettler, who issued a statement to USA TODAY saying Effie sent Hammer texts that refute her “outrageous allegations” against him. In his statement, Brettler identified Effie by a last name the accuser herself did not provide.

“As recently as July 18, 2020, (Effie) sent graphic texts to Mr. Hammer telling him what she wanted him to do to her,” Brettler’s statement said. “Mr. Hammer responded making it clear that he did not want to maintain that type of relationship with her.”

Brettler’s statement included a screenshot of a text he said was sent by Effie to Hammer, with his response.

“From day one, Mr. Hammer has maintained that all of his interactions with (Effie) — and every other sexual partner of his for that matter — have been completely consensual, discussed and agreed upon in advance, and mutually participatory,” Brettler’s statement said.

“(Effie’s) attention-seeking and ill-advised legal bid will only make it more difficult for real victims of sexual violence to get the justice they deserve.”

Armie Hammer has been dropped by his agency, William Morris Endeavor, and is out of the Jennifer Lopez film "Shotgun Wedding" and the Paramount Plus series "The Offer." (Photo: Charles Sykes, Charles Sykes/Invision/AP)

In response, Allred issued another statement to USA TODAY: “I challenge Armie Hammer to present all, not some, of his communications with Effie to the Los Angeles Police Department and answer all of their questions directly rather than through his lawyers. “

Allred, who has represented numerous other women who have publicly accused celebrities of sexual harassment and sexual crimes, said Effie turned over unspecified “evidence” to the LAPD, that the allegations of a sex crime fall within the statute of limitations, and that she is not contemplating a civil suit against Hammer “at this time.”

Allred also refused to comment when asked if Effie is the same person behind House of Effie, which posted alleged screenshots of Instagram DMs between an unknown person and an account that appeared to belong to Hammer.

That Instagram account has now gone private, but the picture that remains on it profile photo looks very like resembles the woman who appeared for the press conference on Thursday.

The LAPD confirmed to USA TODAY that it opened a sexual assault investigation in February, now under the supervision of the Special Assault Section. The complainant was a “community member” and her lawyer. “This is an ongoing investigation, and no other details are available at this point,” the police statement said.

Effie said she had an on-and-off intimate romance with Hammer between 2016 and 2020. She met him on Facebook in 2016 when she was 20, and “fell in love with him instantly.” She said their relationship quickly became intense.

“Looking back, it is now clear to me he was employing manipulation tactics in order to exert control over me, until I started to lose myself,” she said. “He would often test my devotion to him, slyly removing and crossing my boundaries, as he became increasingly more violent.”

She said she was so traumatized by what she says he did to her she couldn’t stop crying for months, couldn’t sleep, had night terrors and eventually became suicidal. “Over the years since the assault, on many occasions the invasive flashbacks were so excruciating they made me feel there was no way out but to take my own life. I just wanted the pain to stop,” she said.

She said she feels guilty not speaking out sooner and that she has come forward in hopes of “holding him accountable” and to “prevent others from falling victim to him in the future.”

Allred said Effie came forward because she was upset to read what Hammer’s lawyers have said in response to allegations from other women — that all of his sexual encounters outside of his marriage were “completely consensual.”

Allred condemned “victim shaming and victim blaming.” She said Effie has already paid an “emotional price” by “speaking her truth.”

“Statements like ‘She asked for it’ or ‘She deserved what happened to her,’ or other myths or stereotypes about women who allege sexual relationships with rich, powerful and famous men must be avoided,” she said.

In the wake of the various allegations raised against him by various other women in other media publications, Hammer has been dropped by his agency, William Morris Endeavor, and exited the Jennifer Lopez film “Shotgun Wedding” and the Paramount Plus series “The Offer.”

Hammer’s ex-wife Elizabeth Chambers has addressed the scandals in an Instagram post, writing that she’s “shocked, heartbroken, and devastated.”