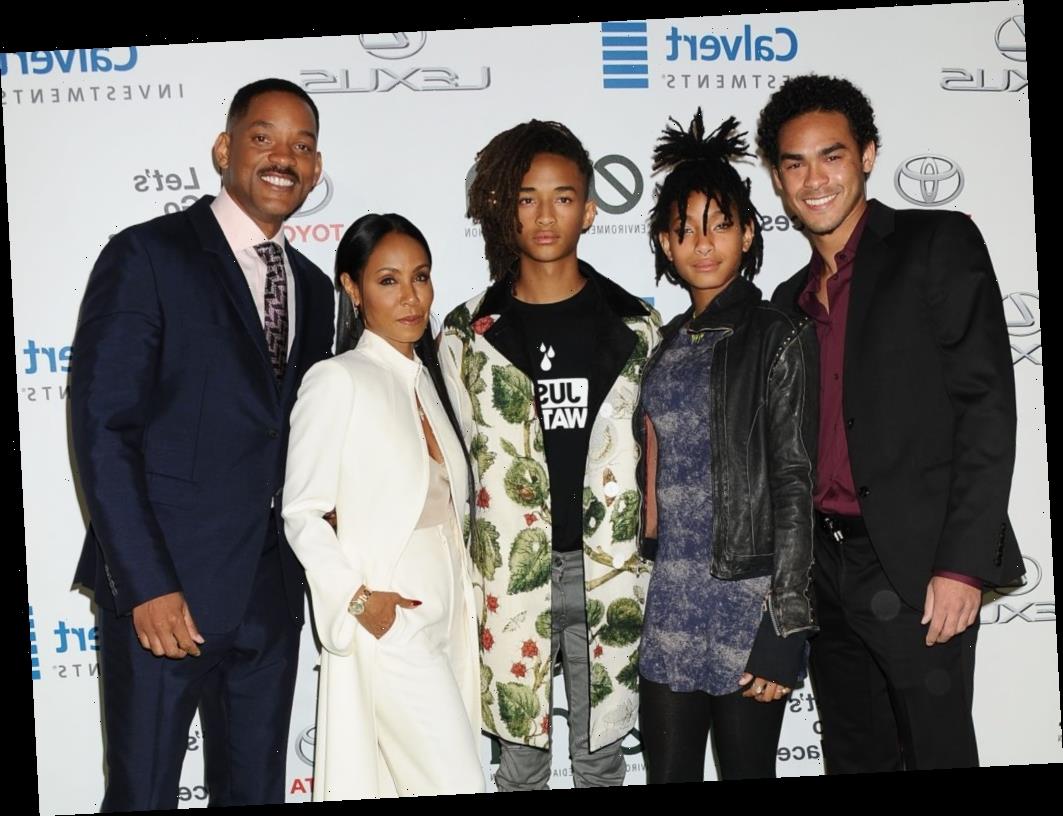 Fans have been obsessed with the Smith family for years. When Will Smith and Jada Pinkett Smith got together, they seemed like the perfect celebrity match. Both were talented actors with a number of blockbusters under their belts. Then when their kids, Jaden and Willow, both became stars in their own rights, it just increased the world’s fascination with the family. Though people know a lot about the family’s personal lives, some fans don’t know basic facts about the Smiths, like how tall each member of the family is. So, how tall are Jada Pinkett Smith, Will Smith, and the rest of the Smith family?

The former Fresh Prince of Bel-Air is 6’2″ which is a stark contrast to his wife Jada’s 5’0″ stature.

Despite the height different, Will was attracted to Jada the moment he saw her. However, when he went to meet her, he actually ended up meeting his first wife Sheree Zampino.

“I went to ‘A Different World’ to meet Jada and met Sheree and ended up marrying Sheree and having Trey with Sheree,” Will said on Red Table Talk. “I didn’t meet Jada that day … we had all these near misses.”

Will and Jada did eventually make their way to one another and got married on Dec. 31, 1997, even though Jada didn’t want to be married.

Will Smith and Jada Pinkett Smith reveal the truth behind their relationship, from the day they met to the moments of crisis in their 20-plus year marriage.

In an interview with The Guardian, Jada revealed that she never wanted a traditional marriage, rather a partnership where she could feel free.

“Will is my life partner and I could not ask for a better one. I adore him, I never want people to think it was Will I didn’t want to marry,” she told the outlet. “But I can assure you that some of the most powerful women in the world feel caged and tied, because of the sacrifices they have to make to be in that position. So I wanted to talk about how we really feel about marriage.”

Jaden and Willow Smith both fall in between their parents with a height of 5’7″. Raising both children in the public eye has been hard on the family.

“I got shamed a lot for Willow,” Jada revealed in an episode of RTT. “But Jaden was—that was hardcore. I think as Jaden got older, and he did the Louis Vuitton and he was wearing a skirt. And then he isn’t what people consider your typical Black man, which is…what is that supposed to mean?”

The 2016 Louis Vuitton campaign, where Jaden posed next to three women wearing a skirt, caused a lot of controversy for the Smith family at the time.

“Even in the community, we create stereotypes around ourselves, and it’s something that we as a community really have to learn how to let go of,” Jada said.

Tomorrow at the table, the ladies discuss mom-shaming and how it has created conflict in their lives. Watch tomorrow, only on Facebook Watch.

Will also has a child from his first marriage, Trey Smith. Trey is taller than both Willow and Jaden, standing at 6’0″ tall. He’s also the oldest of the smith children at 28 years old.