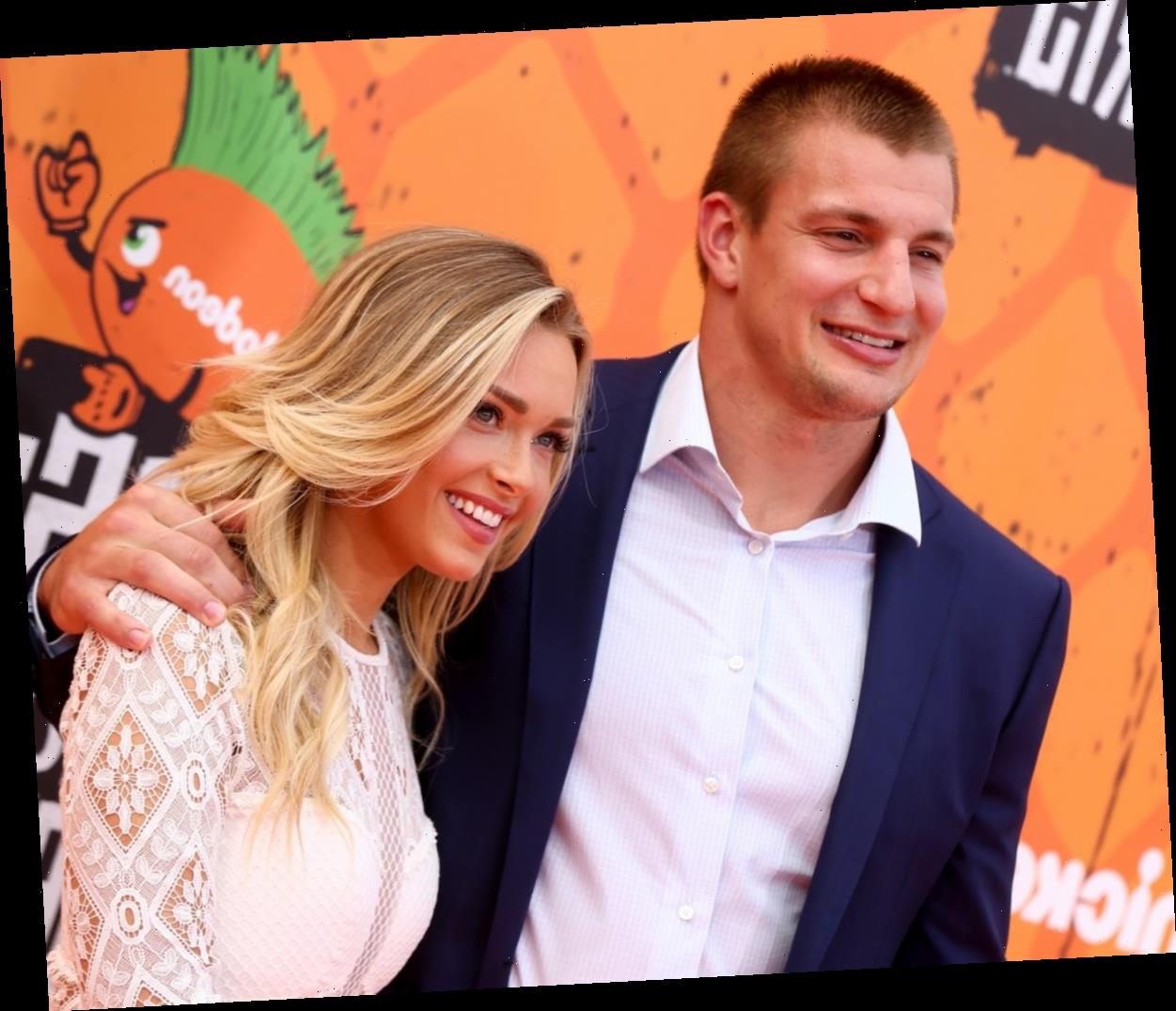 How did Rob Gronkowski and Camille Kostek meet? Kostek revealed how they first connected, calling their meet-cute moment “kind of crazy.” Kostek was a cheerleader for the New England Patriots at the time and was “scared” about the idea of dating the football star.

How did Rob Gronkowski and Camille Kostek meet?

During an appearance on SiriusXM’s This is Happening with Mark Zito and Ryan Sampson, Kostek, a Sports Illustrated Swimsuit model, explained how she and Gronkowski first met.

“So we were actually, it was November, 2013 and we were at a Goodwill event. It was right before Thanksgiving,” she recalled. “So we were filling turkey baskets for families who are less fortunate.

“And yeah so Rob and I, you know, I feel like with dating apps these days and people sliding in the DMS and stuff, I’m so happy that like, with my love story, we met in person at a charity event,” the model continued. “I feel like it’s very rare these days to meet at the library and the grocery store or wherever else, especially in this COVID world where you can even see half your face out. So I feel like it’s made dating a lot harder.”

“He ripped off his ‘Hi, my name is Rob Gronkowski’ sticker on his shirt,” she said. “So he had written on the back of it his phone number and then he wrote ‘Shhh,’ because he knew it was, it was a secret.”

Kostek received the sticker from retired tight end Jermaine Wiggins and admitted she had some reservations about taking the number because she was a cheerleader and he was a player. “I was a rookie [cheerleader for the Patriots] and I was so scared. I was like, ‘Oh no, no, no, I can’t take this. I can’t take his number,’” she recalled saying.

Eventually, however, the two made a connection. She recalled how she eventually FaceTimed Gronkowski.

“I FaceTimed him and I put my phone down and I like looked away from it. And then he answered it and he didn’t look either. I was like, ‘Hello.’ He was like, ‘Who is this? You called me,’” she recalled.

“And I was like, ‘Um, who’s this?’ I could tell it was his voice and he like, peeked his head over,” Kostek added. “He had just gotten back from a Texans game so he had like a suit on and everything. And he was like, ‘Hello?’ And I was like, ‘It’s Camille.’ And he was beaming. ‘He was like, Oh my God, I never thought you’d call me.’”

Are Camille Kostek and Gronk married?

The two have a long history as a couple, so it’s not surprising that fans wonder if Kostek and Gronk are married. Not yet, but Kostek did say she has a ring in mind for when he pops the question.

“I do have one [in mind], I’m like a very simple, simple girl,” Kostek explained of the ring she’s hoping for. “[I’m] also one of those people, you know how like, people don’t tell you what they’re going to name their baby until their baby is born and they tell you, that’s what it is for me. I’ll wait until my ring is out. And then it can be like, ‘This is what I always wanted.’”

Kostek also shared that she’s hopeful Gronkowski is “smart enough” to get advice from her sisters or friends about what kind of ring to get her.