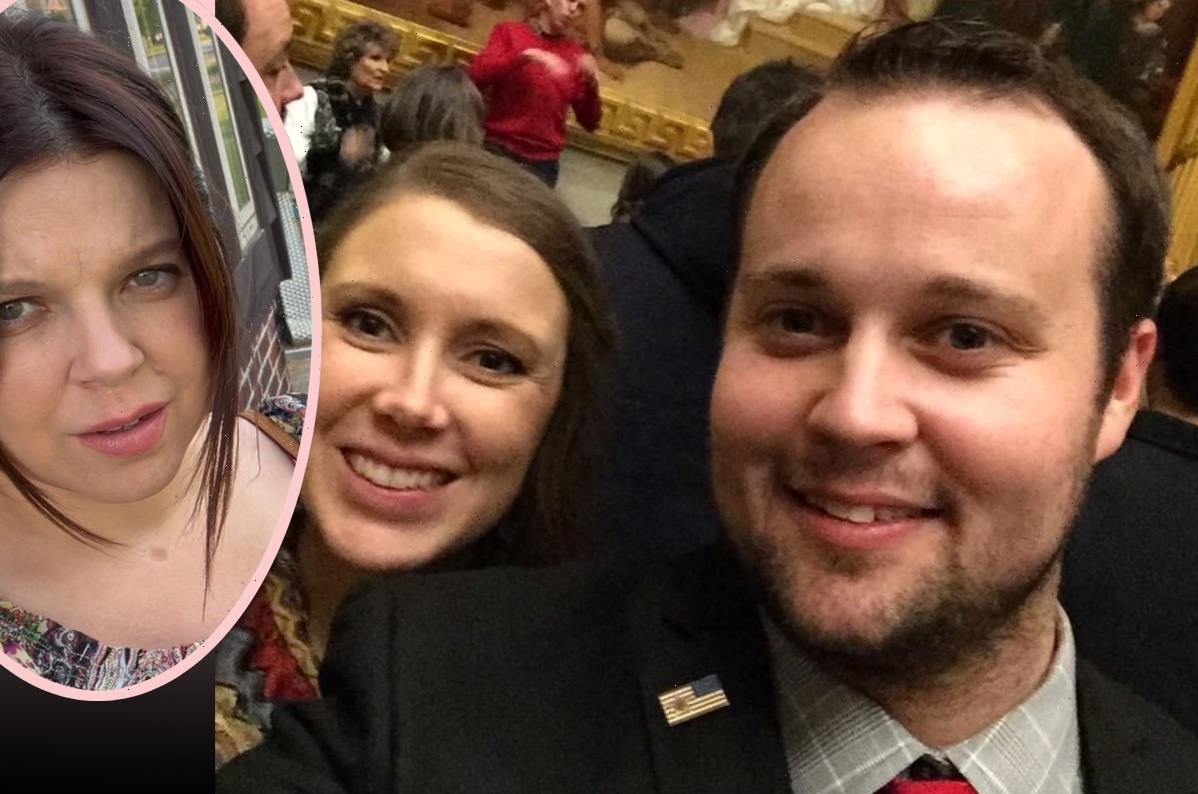 Coming up on the anniversary of Josh Duggar‘s conviction on child pornography charges, we’re actually learning more about the investigation that led to his arrest!

Obviously the man has a tight-knit family who tend to keep things secret, but there’s one family member who isn’t about that anymore. His cousin Amy Duggar King spoke to The Sun about how the investigation even darkened her doorstep some time in the spring of 2021. In a particularly comical anecdote, considering the subject matter, the 19 Kids and Counting star recalled how she had just gotten out of the shower when Department of Homeland Security agents came knocking. She was in her PJs, hair in a towel, when she opened the door to find some very serious men.

Amy laughed telling the story. Though it was clear to these agents it was no laughing matter, they also weren’t letting her in on the lack-of-joke. So she had no idea what the eff was going on or why Homeland Security were talking to her!

“I let them in and they just sat there, and just asked me questions about the family, whether I knew anything and I was just blown away. I wasn’t even sure what they were asking me about, so I was just like ‘I don’t know what you’re getting at.’”

She explained it makes sense in hindsight:

“Of course, they don’t tell you because they’re fishing for information. So I had nothing to honestly give them. I said I wish I could tell you more about whatever has happened but I know nothing.”

“The problem is, we didn’t know s**t, because we don’t know what’s going on in their life because we’d started separated ourselves kind of already.”

Confused, they reached out to patriarch Jim Bob Duggar. After all, if anyone knew it would be him. He was the one who kept the family’s secrets — and their reality TV money. He brushed them off. But obviously if Homeland went all the way to a cousin, they must have spoken to Josh’s parents and siblings. However, that wall of silence was up already. The same one that protected the eldest boy when he was first accused of molesting children as a teenager.

But then Josh was arrested. And on April 29, 2021, everything changed as her cousin was charged with receipt and possession of child pornography. That was the moment the Kings went from “kind of” distancing themselves from the Duggars to cutting off all contact with the famous family:

“I think that’s really where I tried to take a stand and told myself I am 100% going in the opposite direction of this. I’m okay to speak my mind at this point, I’m holding nothing back.”

Not only that, she decided she wouldn’t stay silent about it like most of the family was:

“ you can be your own person, you can stand up against this, and you can do it in a way where you’re not being mean to someone or disrespecting someone, but point out that this is wrong. Because this is wrong in every definition … it was heartbreaking. It was tragic. And to be honest, I was downright pissed.”

Can’t say we blame her. And if Jim Bob’s dismissal before the arrest wasn’t enough, his defense of Josh’s behavior during the trial was even more disgusting. Clearly, Amy made the right choice.