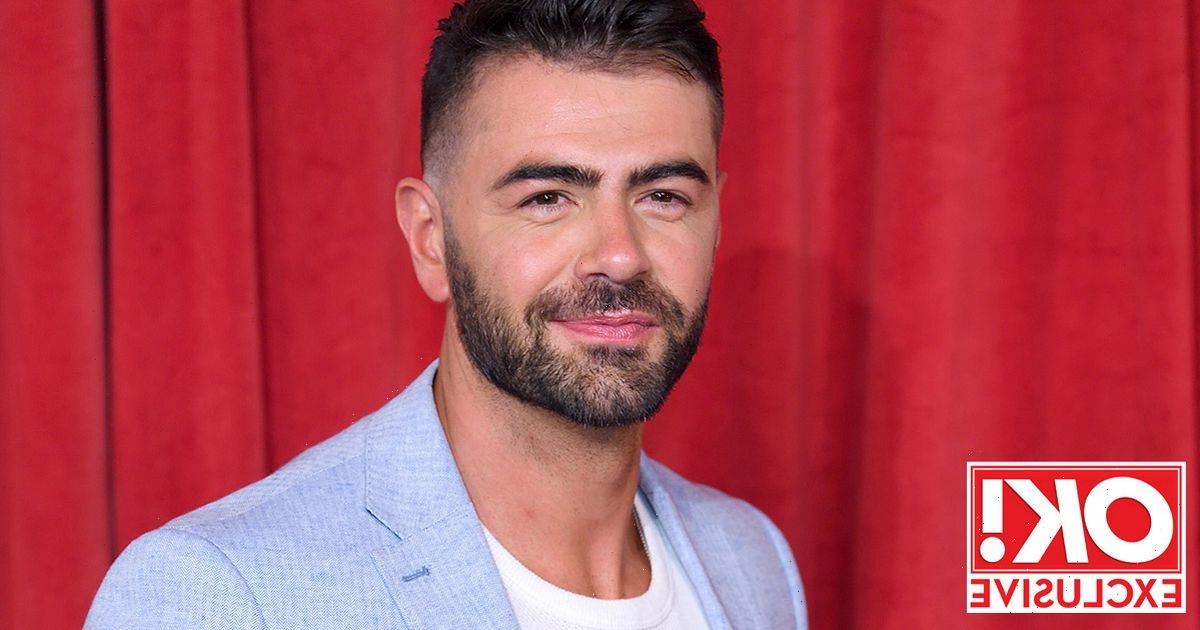 He may be known for playing the troublesome Sylvester ‘Sylver’ McQueen on Hollyoaks, but David Tag’s first foray into soap was actually in Emmerdale.

And now the Hollyoaks hunk has exclusively revealed to OK! that he’d love to return the ITV show one day after filming for the soap back in 2017.

The 36 year old played a character called Darryl and he filmed in the show’s famous Woolpack pub.

Asked whether he’d like to make a full-time return to the Dales in the future, David told us: “Absolutely. I’d never say never.

“I love Hollyoaks but if opportunities arrive in the future I’d love to take on a new challenge.”

David has previously shared a throwback snap of himself on the show with Kym Marsh’s former fiancé Dan Hooper.

Kym and Dan got engaged in 2014 after an eight-month whirlwind romance, but they called off their engagement in May 2015.

“Throwback to me being Daryl on emmerdale, pulling out my best lines on the girls in the Woolpack…standard @danhooper05 ” wrote David.

The star recently welcomed his first child into the word with his partner Abi Harrison.

The pair exclusively introduced their son in the pages of new magazine and revealed they have called their little boy, Reuben.

David revealed that his Hollyoaks cast mates wasted no time in sending some beautiful gifts to his baby boy.

He said: "The McQueen family sent us a big box of goodies with some teething toys, a blanket, a sleepsuit and a little nightgown and hat, which is so cute.

“I’ve had so many lovely messages from everyone, including all the production crew."

He continues: "Since we’ve come out of lockdown and we could start filming again, the way that the schedule works is you’re only really working with your 'family' members, so you’re not mixing too much with too many people.

"That means we’ve grown closer over the past year or so."

The star is also planning to introduce his son to his co-stars when the time is right, adding: "When he’s a little less dependent on Abi. I think all the girls are dying to see him."

David also shared the advice he had received from his colleagues. He added: “Most of the people I work with closely all have kids and, without fail, they all said how difficult it can be,’ David says.

"They said make sure to get your sleep when you can and if they go to bed earlier, make sure you sleep when they sleep. We haven’t really learnt to do that yet but we’re getting there!”

"They also said to embrace it and not get too stressed."

To read more about the best loved soap stars, sign up for OK!'s daily newsletter here.