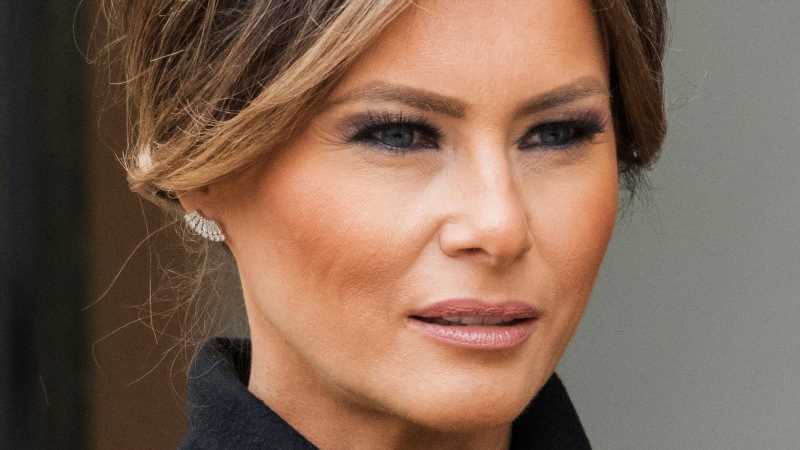 It doesn’t appear former first lady Melania Trump is ready to move back to the Big Apple anytime soon, and there’s some pretty strong evidence to support that theory!

As you may recall, Melania first raised eyebrows when she opted out of immediately moving into the White House, and instead stayed behind in New York City for several months following her husband, then-newly appointed President Donald Trump’s inauguration. At the time, the couple cited their son, Barron, and his education as the reason for the head-scratching decision. “The campaign has been difficult for Barron, and she [Melania] is really hoping to keep disruption to a minimum,” a source told the New York Post. While many accepted that as an appropriate reason for the first lady to stay behind, others still had their doubts.

But now it appears Melania has once again confused the masses. While most figured she would be chomping at the bit to resume her life in New York City after leaving the White House behind, it seems she has other plans. Keep reading after the jump to learn why Melania’s not quite ready to make the move back to NYC and the tell-tell piece of evidence that may prove it.

Barron Trump is to attend school in Palm Beach 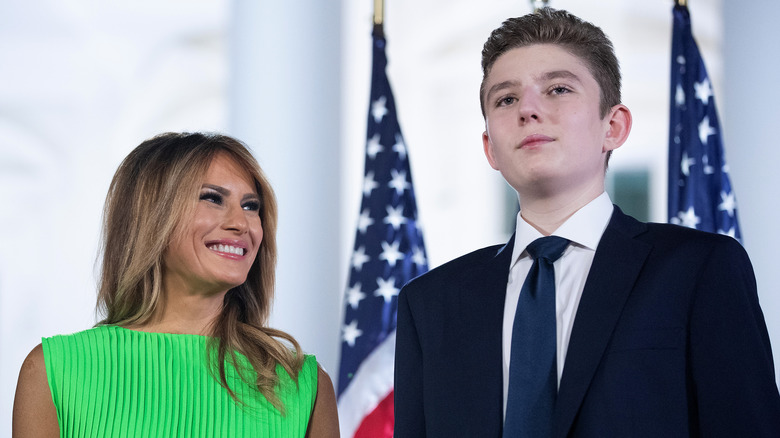 As reported by SheKnows, Melania Trump’s decision to stay in Mar-a-Lago, instead of relocating back to New York City, hinges on one piece of evidence: a back-to-school welcome announcement from her son Barron Trump’s fancy-schmancy prep school in Palm Beach.

According to the Daily Mail, the Oxbridge Academy’s Director of Advancement, Scott Siegfried, welcomed the former president’s son to the school in an email. It’s also reported that the school sent out emails to the rest of the parents in an effort to prepare them for the Secret Service presence. According to the head of school, Dr. Ralph Mauer, “A small contingent of agents will be present during each school day,” and the school is “working with the Secret Service to ensure that logistics and security work smoothly and discretely with little impact on students, faculty, staff or day-to-day operations.”

Per the academy’s official website, the high school tuition costs a whopping $34,800 per year. After dropping that kind of dough and the precedent she set forth after her husband’s inauguration in 2017, we think it’s pretty safe to say Melania doesn’t plan on making the move back to NYC anytime soon — or at least not until the school year is over.