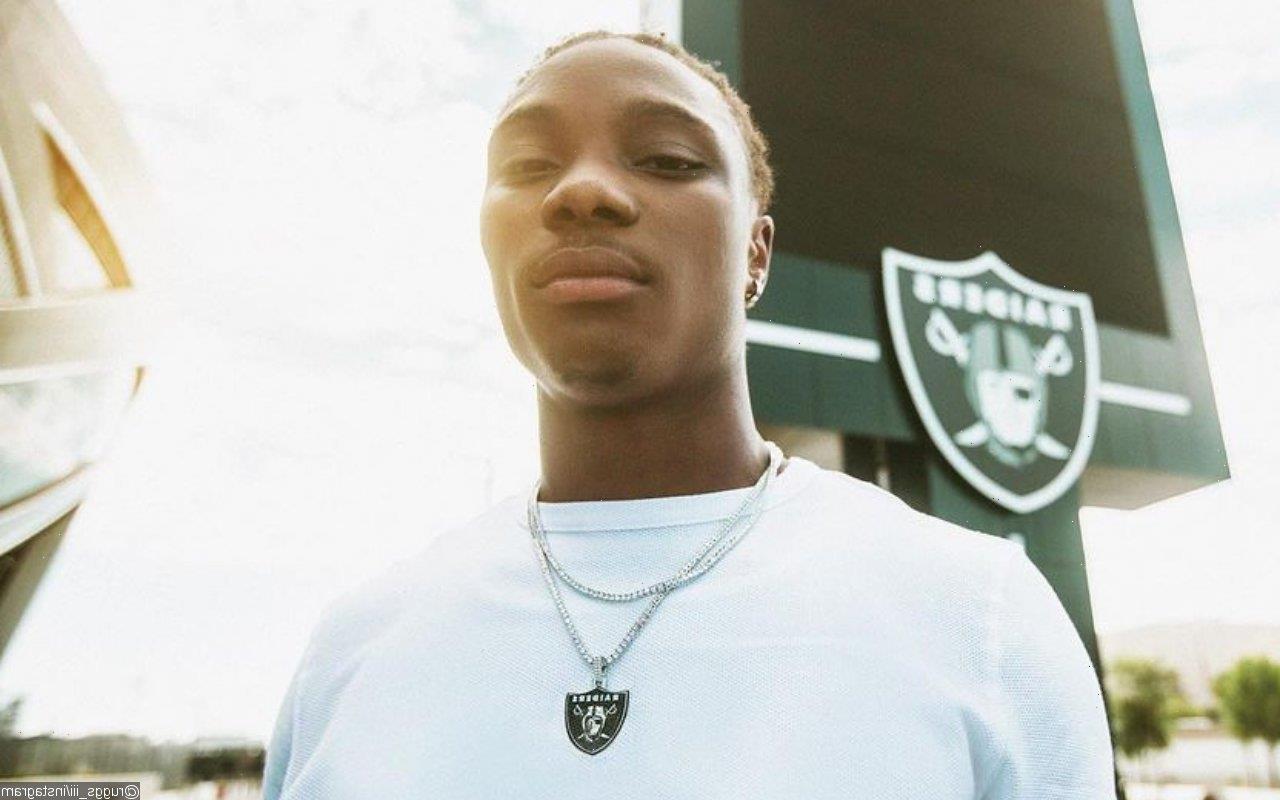 The former Las Vegas Raiders player is hit with four felonies and one misdemeanor charge after crashing his Corvette into a Toyota, killing a woman and a dog.

AceShowbiz –Henry Ruggs III is facing five charges in the wake of a fatal car crash on November 2. The NFL star is hit with DUI resulting in death, DUI resulting in substantial bodily harm and two reckless driving charges, which are all felonies.

The 22-year-old is also slapped with a misdemeanor charge of possessing a gun under the influence of alcohol, TMZ reports. Prosecutors says if he is convicted on all counts, he is facing up to 46 years in jail.

Henry caused the accident on Rainbow Boulevard near Spring Valley Parkway in Las Vegas on Tuesday morning at 3:39 A.M. Officials said the former Las Vegas Raiders player traveled 156 MPH with blood alcohol level of 0.161, two times the legal limit, before he veered into the right lane of a three-lane road and slammed into the back a Rav4. Both cars rolled over 500 feet after the initial impact and the Toyota caught on fire.

A person in the Toyota, who has been identified as 23-year-old Tina O. Tintor from Las Vegas, was stuck in the car. She was pronounced dead at the scene. In addition to the 23-year-old woman, she had a dog in the car that also died.

In footage obtained in the aftermath of the incident, Henry was sobbing on the ground as the Toyota was engulfed in flames. He was comforted by his girlfriend Kiara Washington, who went into panic as the athlete appeared to drift in and lose his consciousness.

Henry was later taken to the hospital, where he reportedly was uncooperative and yelled at police and hospital staff who tried to help him. He also refused to submit to an evidentiary blood test, before a judge approved a warrant for a blood draw at University Medical Center.

Henry wore a neck brace when he was discharged from the hospital and appeared in court on Wednesday. He was released on $150,000 bond. His girlfriend Kiara was reportedly also injured in the accident.