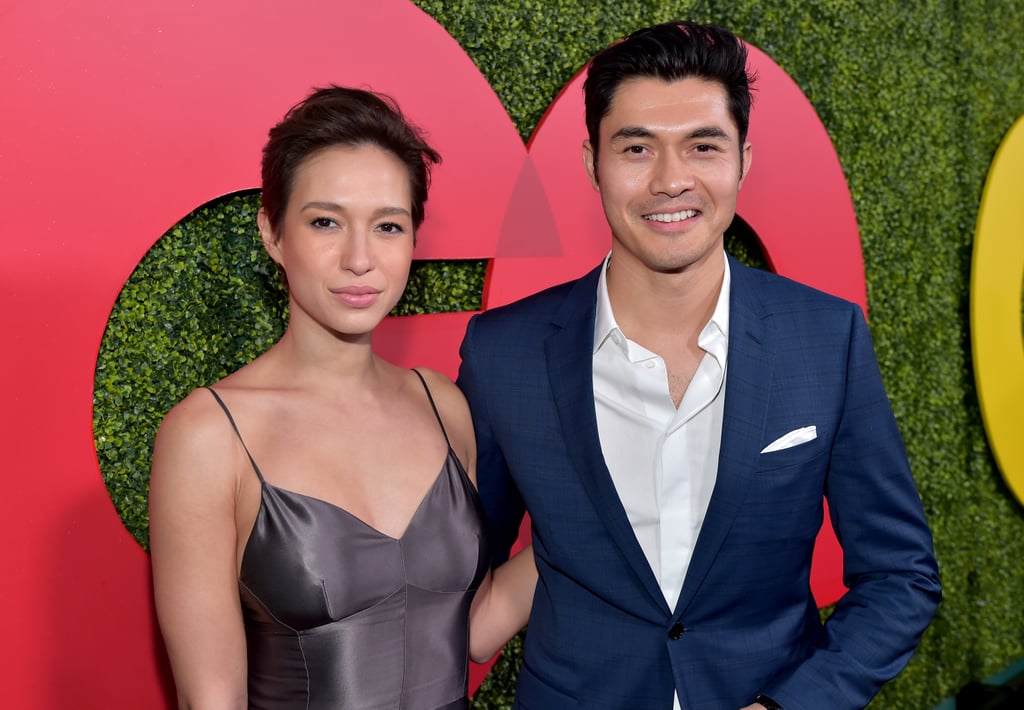 Henry Golding has plenty of reasons to celebrate lately; in addition to having one of the best films of the year with Crazy Rich Asians, the movie recently nabbed not one but two Golden Globe nominations, and the 31-year-old heartthrob was crowned GQ‘s Man of the Year. On Thursday, Henry celebrated all of his recent success at GQ‘s Men of the Year bash in LA with his lovely wife, Liv Lo. The couple — who marked their second wedding anniversary this past August — dressed to the nines and mingled with a bunch of stars, including Henry’s costar Constance Wu, Jeff Goldblum, Ross Butler, and Ali Wong.

Henry and Liv first met in 2011 and tied the knot in a beautiful ceremony in Sarawak, Malaysia, five years later. Following the GQ bash, Henry took a moment to reflect on his week on Instagram, writing, “What crazy last few days . . . but ending it with my beautiful wife.” Aw!