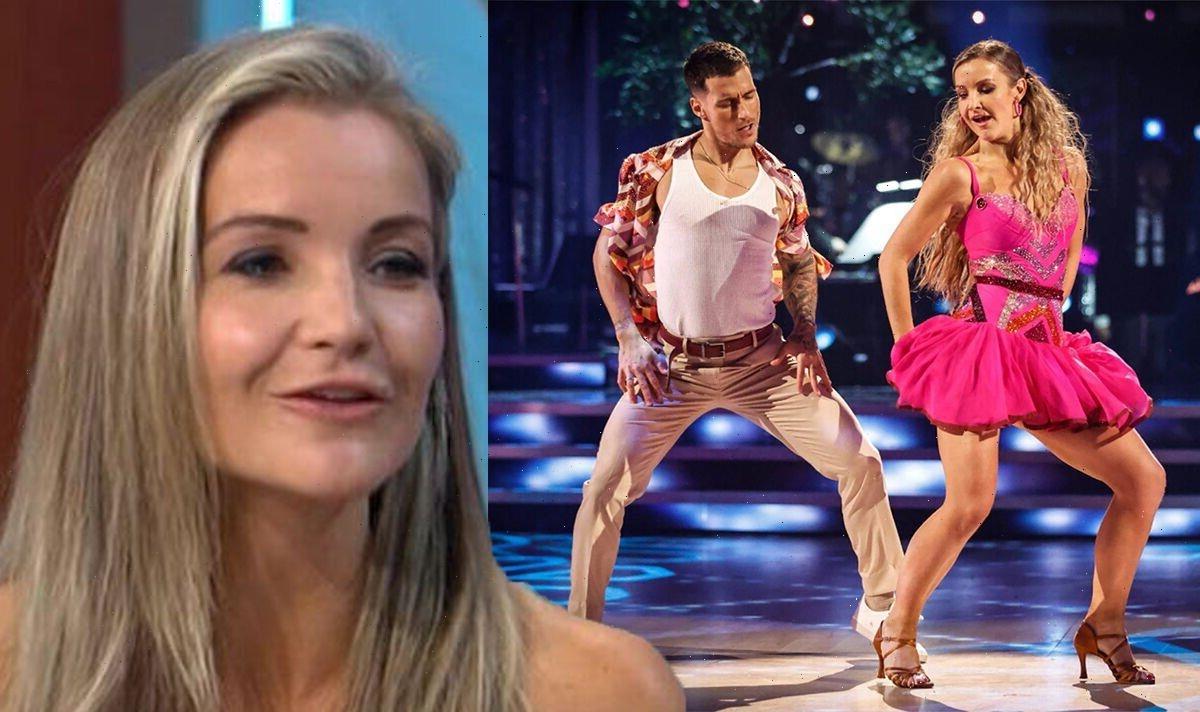 Strictly: Helen Skelton says her kids were embarrassed by dance

The TV presenter is keen to get her hands on the coveted Strictly Come Dancing glitterball trophy. And if Helen wins with partner Gorka Marquez, she wants to dedicate the achievement to her three children.

According to her mum, Helen, 39, has never done anything half-heartedly, and her ultimate goal ever since she entered the competition was to make her children proud and boost her confidence following her painful break-up with ex-husband Richie Myler, who has since moved on and is expecting a baby with his new girlfriend.

“It’s been a great adventure for her and us as a family.”

The proud mum admitted that the gruelling training schedule had given the BBC Radio 5 Live presenter a lot more confidence.

She continued: “When she first started she was very nervous and maybe wasn’t in such a good place.

“But If she does something, she does it 100%. She never does anything half-heartedly and gives it her best shot.

“She’s not a bad loser in any shape or form, but to win it would be lovely for her and a great way to end the year, fingers crossed.”

On Monday Helen, who is partnered with professional dancer Gorka, successfully reached the final of the hit BBC show.

She beat the likes of competitors Matt Goss, Kym Marsh, and Will Mellor to make it to the final four.

The star was voted through after scoring 37 for her Argentine Tango and 35 for her Waltz on Sunday night’s semi-final show.

The other three couples through to the final are singer and radio DJ Fleur East and Vito Coppola, wildlife cameraman Hamza Yassin and Jowita Przystal, and CBBC actor and singer Molly Rainford and Carlos Gu.

The eagerly anticipated final will be airing tonight, and Janet is looking forward to seeing her daughter perform.

Anne Robinson says Meghan and Harry will ‘run out of steam’

Laughing Charles ignores Meghan and Harry’s accusations as he dances

Helen has confirmed she will be doing the Jive as well as a new dance.

With those two routines in the bag, Helen hopes that they will be enough to see her cinch the sought-after trophy.

Mum Janet has told how immensely proud she is of the progress the Countryfile presenter has made throughout the show.

“She has developed over the weeks and thoroughly enjoyed it”It’s given her something to focus on and we are just so proud of how she’s coped with it because it is very intense.”

Helen also spoke out about her time participating in the show.

She described the experience as helping to lift the gloom of the break up of her marriage, and said it was “wonderfully liberating to be happy in my skin”.

Helen also felt that the weekly performances with partner Gorka were “a way of gaining back control and feeling sassy and powerful” after her split.

She said of the continued support she has received: “We have just been so overwhelmed, not just by the votes keeping us here.

“But the messages, people reach out and share things about their lives and that’s a very privileged position to be in.

“If anyone has taken one moment of joy from any of our dances then we’ve all done our jobs.”