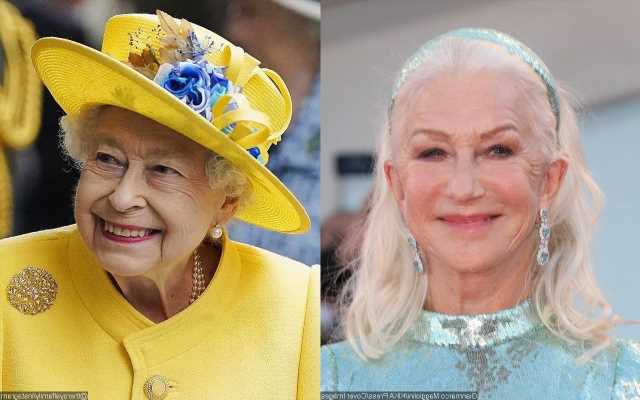 Following the British monarch’s death on Thursday, September 8 at the age of 96 at her home in Balmoral, the Oscar-winning Dame Helen made use of her social modia account to remember the late Queen.

AceShowbiz -Dame Helen Mirren has joined the raft of celebrities paying tribute to the late Queen Elizabeth. The actress, who portrayed the British monarch on the big screen and on stage, noted in an Instagram post she was “proud to be an Elizabethan” and described Her Majesty’s as the “epitome of nobility.”

Following the British monarch’s death on Thursday, September 8 at the age of 96 at her home in Balmoral, the Oscar-winning Dame Helen made use of her social modia account to remember the late Queen. “I am proud to be an Elizabethan. We mourn a woman, who, with or without the crown, was the epitome of nobility,” so the 77-year-old actress wrote.

In addition to playing the monarch in 2006 film “The Queen“, the actress transformed into Queen Elizabeth I for a performance in front of Elizabeth II to mark her record 70 years on the throne during the Platinum Jubilee.

Her tribute emerged as composer Andrew Lloyd Webber, 74, was spotted among mourners on Thursday bringing flowers to leave at the gates of Buckingham Palace. He was seen in a clip posted to Twitter sharing his thoughts on the Queen as he laid his bouquet, saying, “She was the most extraordinary ambassador.” 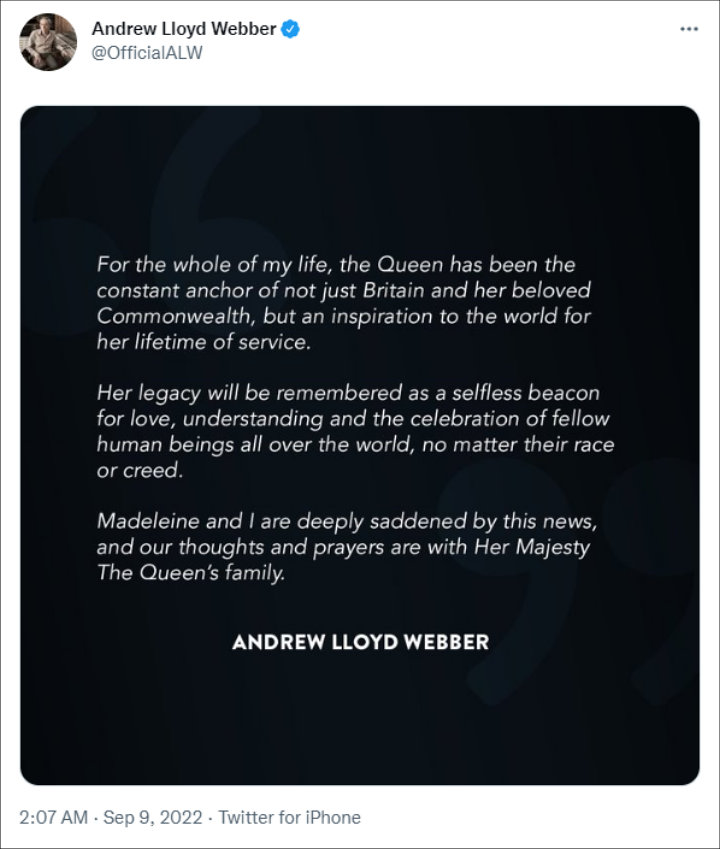 He also wrote on his Twitter feed on behalf of himself and his third wife Madeleine Gurdon, “For the whole of my life, the Queen has been the constant anchor of not just Britain and her beloved Commonwealth, but an inspiration to the world for her lifetime of service. Her legacy will be remembered as a selfless beacon for love, understanding and the celebration of fellow human beings all over the world, no matter their race or creed. Madeleine and I are deeply saddened by this news, and our thoughts and prayers are with Her Majesty The Queen’s family.”