Despite it already being December, Hailey Bieber just proved that bike shorts are totally acceptable attire as we near the end of 2020.

The model was photographed earlier this week wearing a tiny pair of bike shorts, along with a grey sweater and a plaid blazer. She completed her outfit with a black face mask, a gold necklace, and a pair of sneakers.

Bieber was spotted outside a hair salon, and credited her ombré look to a “dream team” of stylists—Cassondra Kaeding, Priscilla Valles, and Ouai founder Jen Atkin. 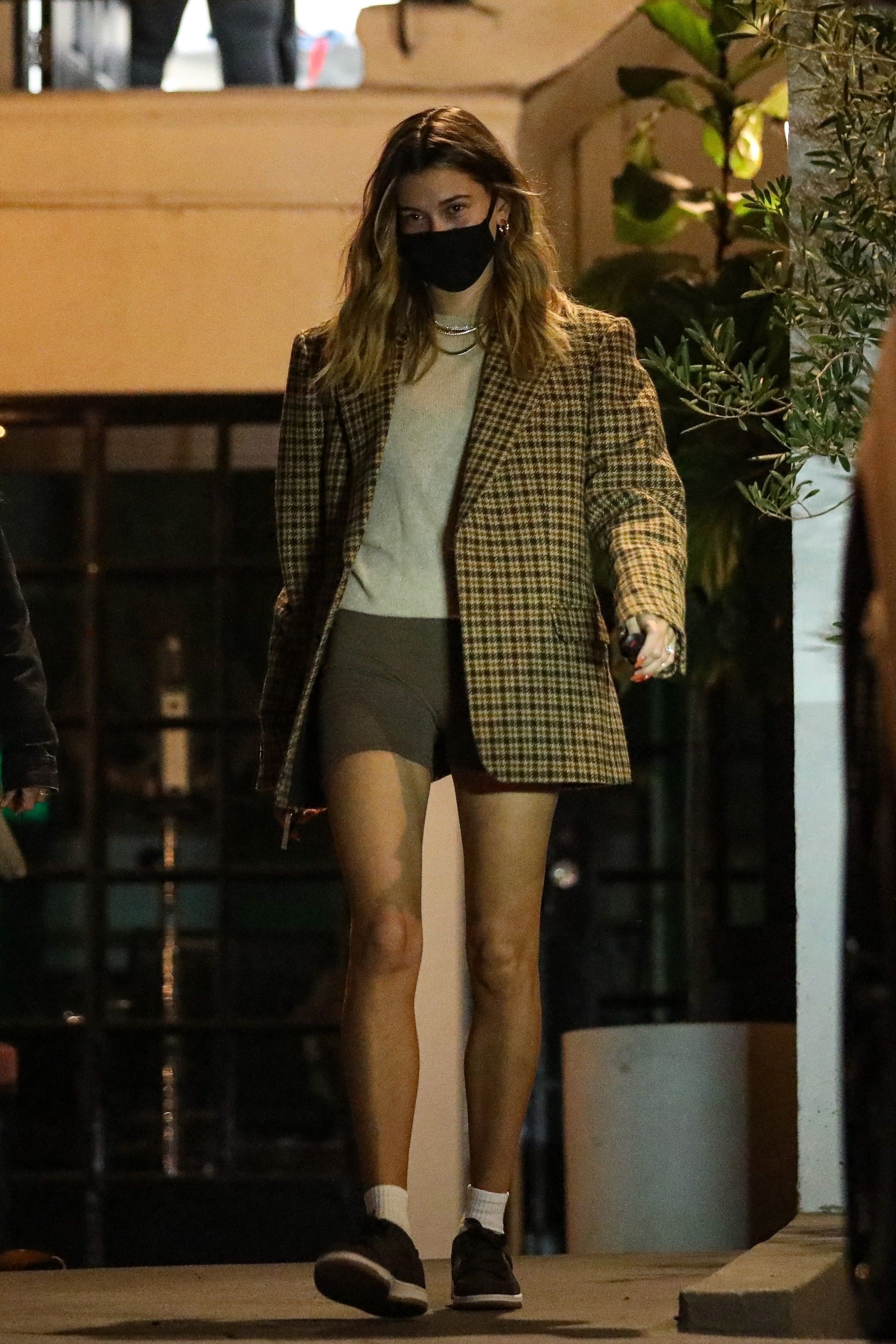 Hailey was recently pranked by the Kardashians when the famous family FaceTimed a plethora of famous friends to capture their surprised reactions. Kris, Khloé, Kim, Kourtney, Kylie, and Kendall are currently on vacation in Lake Tahoe together, according to People, and they decided to stare out every single person that they called up as a silent, foreboding group. When Hailey answered her FaceTime, she appeared to be eating cereal and was most definitely shocked to see the entire clan judging her.

this was fun lol

While Kylie posted the compilation videos on TikTok, Khloé shared them on Instagram. Hailey later commented on Khloé’s post, “Lmfaoooo I was shook.”

During an appearance on The Ellen DeGeneres Show, Hailey’s husband, Justin Bieber, opened up about whether the couple is planning on having children anytime soon. He explained, “I’m going to have as many as Hailey is willing to push out. I’d love to have myself a little tribe. But it’s her body and whatever she wants to do … I think she wants to have a few [children]. At least two or three.”