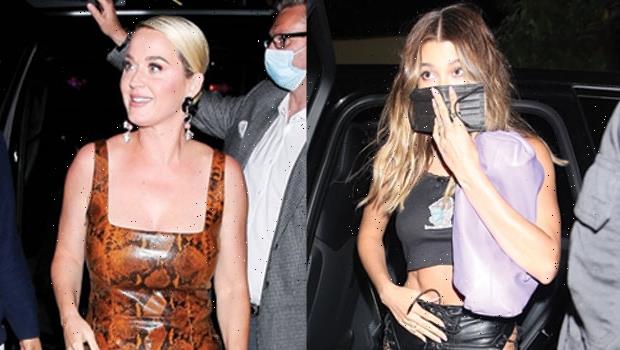 Hailey Baldwin, 24, and Katy Perry, 36, were two stars who turned heads on the night of May 21 when they stepped out to celebrate Kendall Jenner‘s new tequila line. The model and singer showed up to the event, which commemorated the launch of the 818 brand alcohol, in eye-catching outfits while mingling and having a grand old time with fellow celebs! They were photographed by nearby photographers outside the Nice Guy in West Hollywood, where the party took place, and also snapped shots of each other for social media. 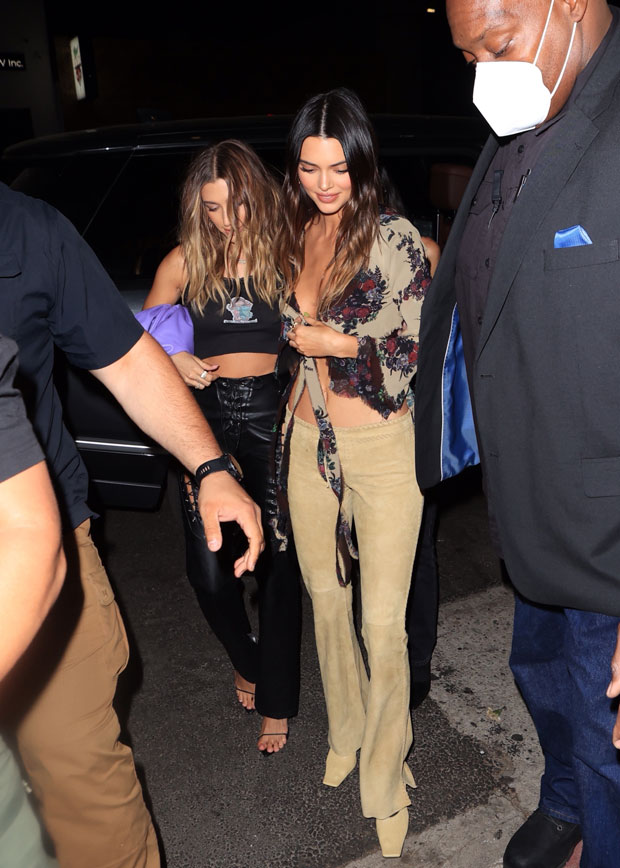 Hailey’s outfit included a black sleeveless crop top and matching cut-out leather pants. She paired it with black strappy shoes and had her long wavy locks down and parted in the middle. She held a black mask up to her face at one point outside the restaurant. 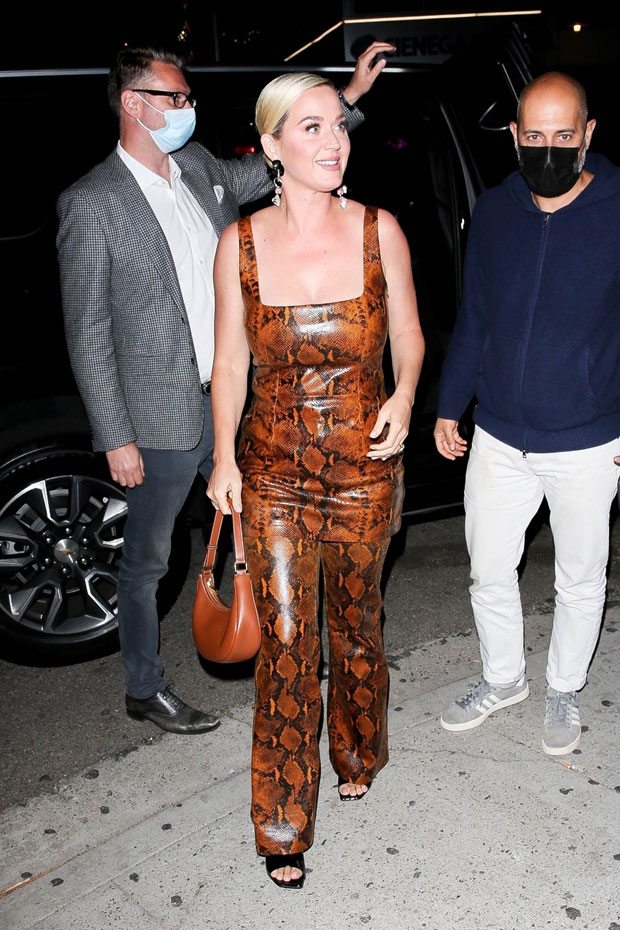 Katy looked equally as gorgeous in a brown snakeskin patterned  jumpsuit that included a sleeveless top and flared out pants. She also carried a matching brown purse and wore black open-toe shoes. To top it off, she wore dangling earrings and had her blonde locks pulled back. 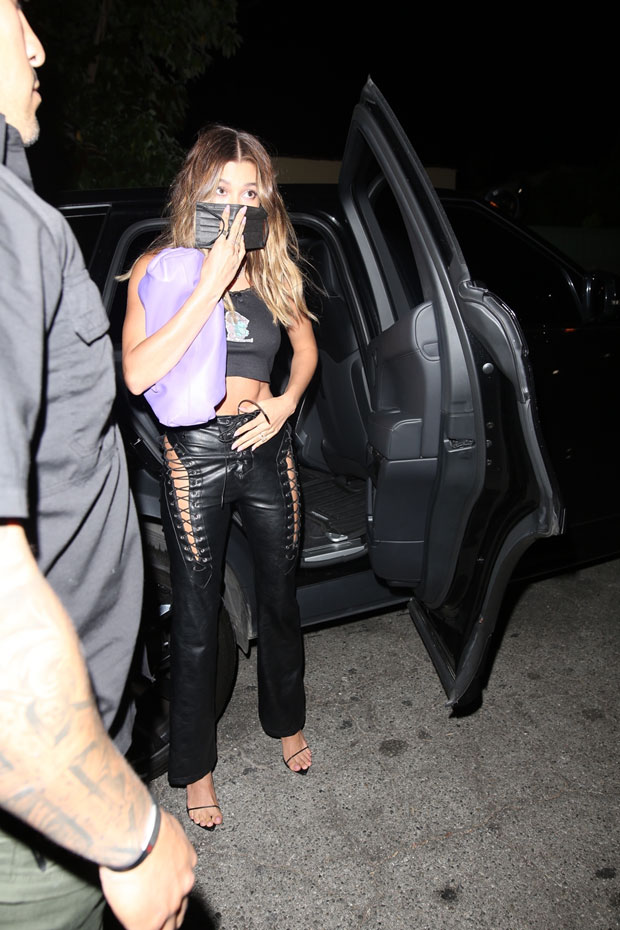 Hailey and Katy appeared to have a great time at the party as they sat down at tables among other A-listers like Kate Hudson, Drake, Travis Scott, and Hailey’s husband Justin Bieber. Kendall’s sisters Kim Kardashian and Khloe Kardashian were also there and most of them seemed to be enjoying shots of the tequila as Kendall beamed beside them.

Kendall’s massive bash for her new product comes after she’s promoted it on social media over the past few months. The 818 name she chose for the tequila comes from the area code of the Calabasas, CA area, where she and her family live. In addition to ads, Kendall teamed up with her sister Kylie Jenner for funny YouTube videos that showed them doing their makeup while chatting and drinking the tequila.