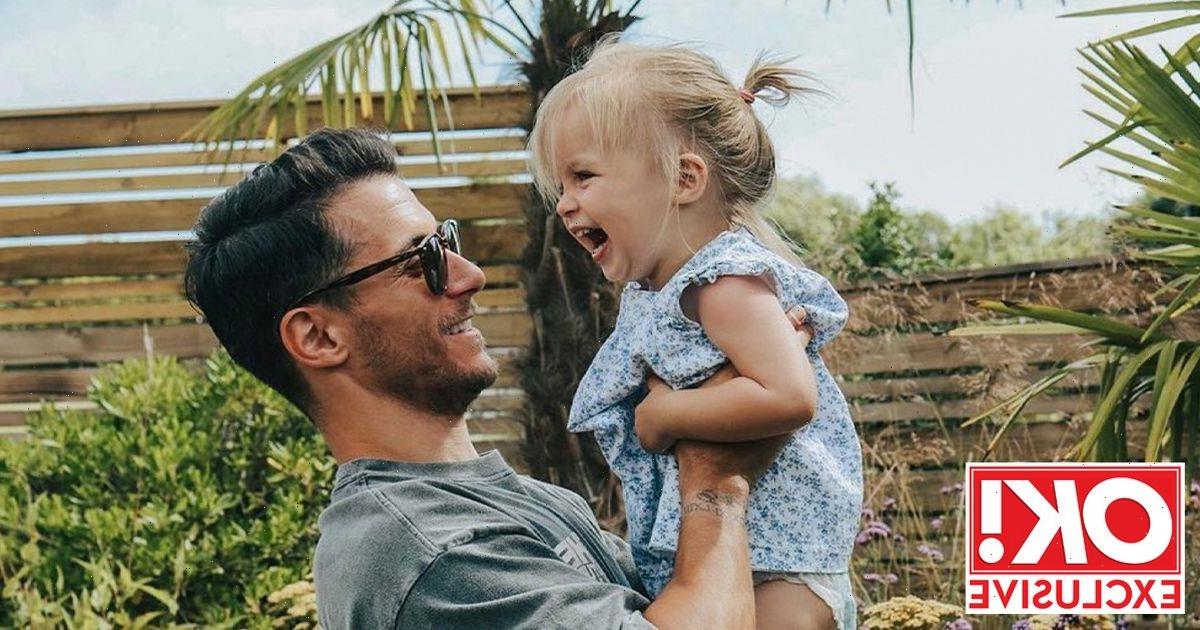 They are one of the cutest couples in showbiz and met in the most showbiz way – on the set of Strictly Come Dancing.

When Gemma Atkinson joined the dance talent show in 2017, she was paired with Aljaž Škorjanec. She was a finalist in that year’s series, but later waltzed off with a more important partner – pro dancer Gorka Marquez.

The couple fell in love and got engaged on Valentine’s Day last year. Gemma and Gorka live in their "dream home" in Manchester with daughter Mia and their pet dogs. They share their fitness journey on social media, and the joys of bringing up two year old daughter Mia.

But the couple say they are "too busy" to plan their wedding. So how do the juggle their work schedules?

The actress recently returned to acting to film a few episodes of E4 soap Hollyoaks, returning to the role that she first took aged 15.

To help make that work, she exclusively tells OK! that Gorka looked after Mia, despite it meaning turning down joining the Strictly live tour.

She says: “He was booked like a nanny for the whole of January! He was asked to do the Strictly tour at the start of the year and he couldn’t do that because he had to be there with Mia. So we do always have to juggle and think, “Right, who’s doing this? If you turn down that, I’ll turn down this”.

This week, fans will be delighted to see her return as Lisa Hunter, “a sweet girl with a troubled past,” says Gemma.

Gemma exclusively revealed to OK! that sometimes she just has to turn down job offers, especially if they are "gruelling hours". She says that she’s even had to say no to returning to one of our best-loved soaps, Emmerdale.

She played Carly Hope in the soap, daughter of Bob Hope and his second wife Barbara. The role is now played by Rebecca Ryan.

"Emmerdale have mentioned me going back, but with soaps the thing that people don’t realise is that the cast and crew actually do quite gruelling hours,” says Gemma.

She continued: “And for me, what I love now about my job with the radio is I know every single day what when I’m going to get home. I can plan my family life and fit being a mum around that job. And maybe when Mia is a bit older and she’s in school, I might consider it, but at the minute it’s not practical, especially with Gorka doing a lot of touring and stuff.”

Meanwhile, she’s got her gig on Hits Radio, her books on fitness and her own fitness range to keep her busy!

To read all the latest soap theories and spoilers, sign up to OK!'s daily celebrity newsletter .