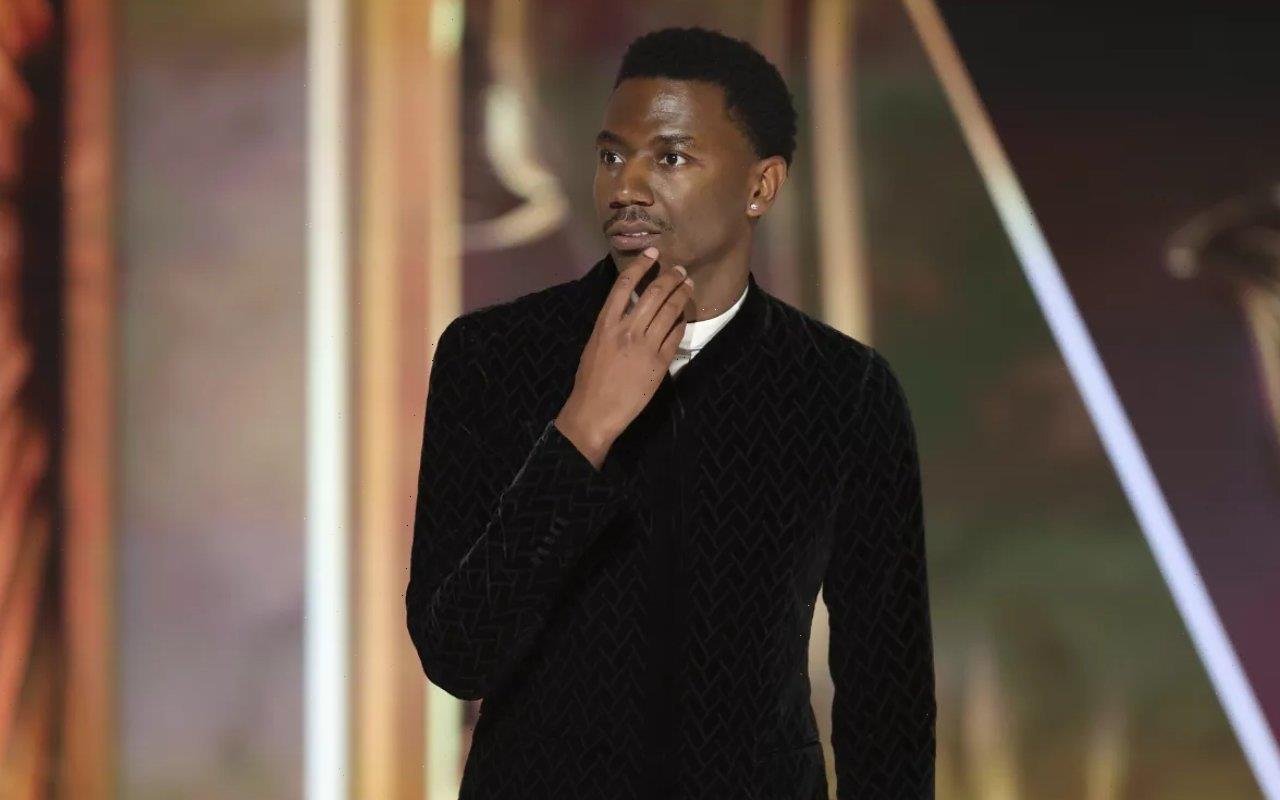 The former ‘Carmichael Show’ star’s fans are worried that he may not be chosen as the annual awards host in the future after yelling at the crowd to shut up and joking about HFPA scandal.

AceShowbiz –Jerrod Carmichael is hosting the 80th annual Golden Globes and it’s not that easy. “The Carmichael Show” alum even had to tell the nominees, presenters and other guests at The Beverly Hilton hotel to “shut the f**k up.”

Prior to that, Jerrod roasted Hollywood Foreign Press Association (HFPA) in his monologue. “I’ll tell you why I’m here,” he said, “I’m here because I’m black.” With that, Jerrod launched into a recap of the recent history of the HFPA and its long absence of black members. “I’m not saying it’s a racist organization,” he continued, “but it didn’t have a single black member until George Floyd died.”

Jerrod then recounted how he got the hosting job, revealing producer Stephen Hill phoned to personally ask him to take the gig. “One minute you’re at home making mint tea,” the host recalled, “the next you’re invited to be the black face of an embattled white organization.”

After revealing he’s being paid $500,000 for the job, Jerrod, occasionally sitting on the edge of the stage and delivering his monologue in the deadpan style that he’s perfected, said he finally agreed after being assured by Stephen that he’s getting the job because “you’re one of the greatest comedians of a generation.”

Jerrod then said that despite the HFPA’s history, the nominees and others in attendance are “talented people, people I admire.” He later concluded, “This is an evening where we get to celebrate and I think the industry deserves evenings like this.”

Others, meanwhile, found Jerrod’s gesture funny. “LMFAOOO [crying emojis] he was over it,” one person commented. Someone else remarked, “Lol the only way they will listen to us is if we’re screaming [laughing with tears emoji] or emotional lol.” A different social media user added, “He def spazzed [laughing emojis].”

There were also some who were worried that Jerrod may not be chosen as the event’s host in the future. “Oh nooo. They never letting him do that again [crying emojis],” one fan noted, with another suggesting, “They ain’t gonna invite him back.”

The 2023 Golden Globes comes after a hiatus in 2022, when the ceremony was put on pause after the Hollywood Foreign Press Association (HFPA), which selects the nominees and winners, was accused of both financial and ethical missteps.