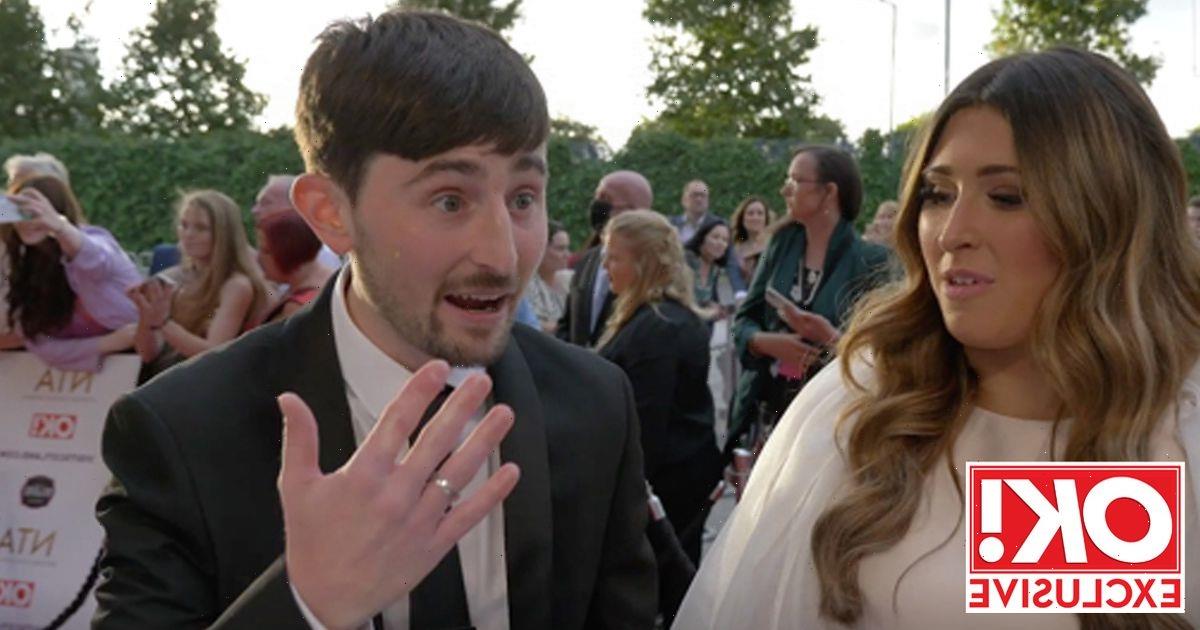 OK! can reveal that Gogglebox favourite Pete Sandiford is a married man – and has a newborn son.

The reality star, 26, arrived at the NTAs last night with his sister and sofa companion Sophie, and revealed he had tied the knot with love Paige Yeomans.

Flashing his ring with a big smile, he told OK!: “I’m married now! It was nerve-wracking but the best day of my life. Well, second best day as I’m a dad now, too.”

But, he added: "[Being a dad is] tiring. The lack of sleep is not cool but it’s definitely worth it.”

To get all the latest gossip from the NTAs 2021, sign up for OK!'s daily newsletter here.

The C4 star continued: “He’s basically a miniature version of me and Paige and that’s what I always wanted so I feel well lucky.”

Pete first announced the baby news in April during an episode of Gogglebox as viewers watched on from the comfort of their own homes.

Proper little baby now," Pete's sister Sophie, 23, said as she held up a picture of an ultrasound, before adding: "My little niece or nephew. They look like me?"

Amused, Pete joked "No, he'll be good looking like me or Paige," as Sophie responded: "You cheeky git!"

The TV personality spoke out about the lack of sleep since he became a dad and said that he had a nap on the train from Blackpool to the star-studded event at London's O2 Arena.

Pete, accepted the award for best Factual at the NTAs alongside Sophie, and he described how he was 'overwhelmed' by his new role as a father but said how his little boy was a 'cool lad'.

The cast and crew of the show, including Tom and Julie Malone joined them in accepting the award for best Factual.

Brother and sister Pete and Sophie, from Blackpool, took to the stage to thank the production team and co-stars for their dedication to the show.

Julie Malone paid tribute to the cast members who have sadly died in an emotional speech at the event.

She said: “On behalf of all the Gogglebox families I'd just like to say thank you for this award and on a sadder note I would like to nominate it to all of the people we have lost sadly over the past 18 months to two years.

"That's Andy, Pete, Mary and everybody's favourite grandma June who is now reunited with Leon. Thank you so much."

The Channel 4 show was nominated alongside Gordon, Gino and Fred: American Road Trip, Paul O'Grady: For the Love of Dogs andCaroline Flack: Her Life and Death.