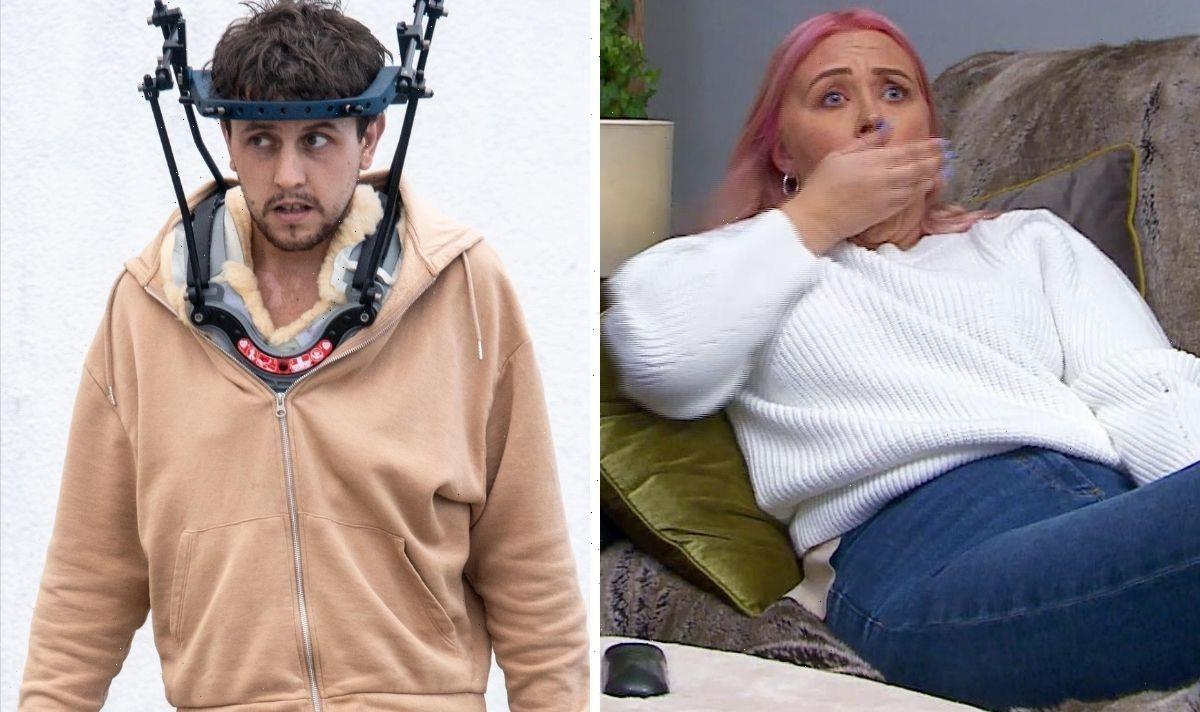 Ellie Warner’s boyfriend, Nat Eddleston, was recently hit by a car and, as a result, sustained a broken neck and back. He reportedly needed life support following the horrific accident which took place on March 18.

It was feared Nat had sustained damage on the left side of his brain and would have to spend weeks in intensive care.

Fans of the Channel 4 show will, however, be happy to see him back up on his feet.

Nat, who recently moved in with the hairdresser, could be seen wearing a hoodie which was padded with soft material where a headbrace rested over his shoulders.

Despite this, Nat nevertheless was able to go to the shop and walk home with two bags of shopping.

Ellie has been on the show alongside her sister Izzi since 2015.

She recently broke her social media silence in the wake of Nat’s accident.

She said on her Instagram this week: “For my birthday this year, I’m asking for donations to Headway – the brain injury association.

“I’ve chosen this charity because their mission means a lot to me.

“I hope that you’ll consider contributing as a way of celebrating with me.”

She was told by Gogglebox producers to take as much time off as was necessary.

Shortly ahead of her return two weeks ago, she said: “Looking forward to getting back on your screens tonight!

“Thank you for all the well wishes, we are really grateful that things are getting back to normal.”

The car which struck Nat reportedly sustained a broken windscreen and dented roof.

It kept moving for about 100 yards before stopping, according to reports.

Speaking shortly after the incident, a source told The Sun: “Ellie is understandably in pieces and everyone is just hoping and praying Nat comes through this.

“Nat is Ellie’s absolute world. She has been totally overwhelmed with messages of love and support.”

Continuing, the insider said: “She has barely left the hospital since this happened and Nat is getting brilliant care and treatment.

“At the moment they are living hour by hour and just praying that things get better.”

Ellie joined the show in 2015 after a friend approached her to join.

She took some time off from filming Gogglebox to look after her boyfriend, but recently made a return.