Time for a Christmas confession: I really do not like the film Love Actually. 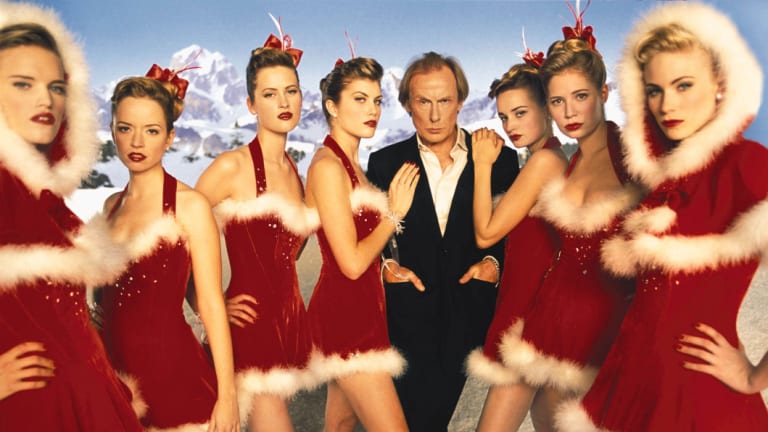 Is it actually good or actually bad?

I've tried to re-watch it to see what all the fuss is about but, frankly, as far as spending another two hours and 25 minutes of my precious life trying to like it, well I'd rather eat tinsel.

So why exactly do so many consider it a modern day Christmas classic?

But even their collective talents can't stop me from feeling the entire film is awfully mawkish and just a little too saccharine for my yuletide tastes. 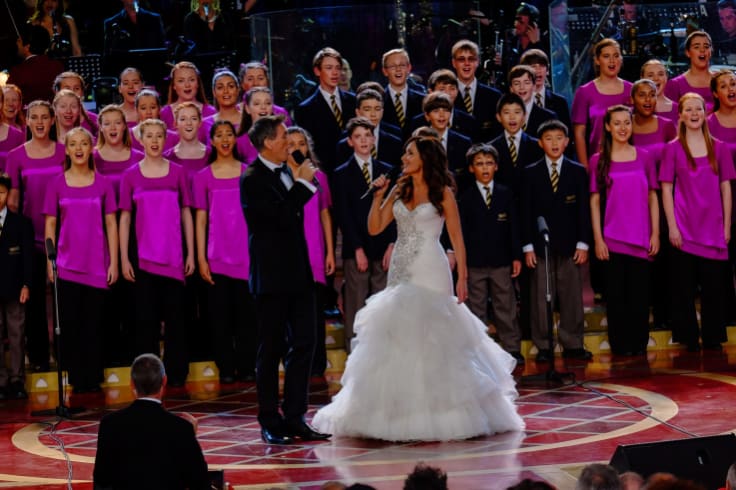 Marina Prior and David Hobson perform at the 2014 Carols By Candlelight event.Credit:Luis Ascui

For me, listening to Marina Prior belting out Ding Dong Merrily On High while wearing an engorged ball gown on Nine's Carols  By Candlelight  (for which she seems to be perennially contracted to front up to each year), is a far more alluring option.

And there is still plenty of entertainment value in watching David Koch hosting the rival Carols In The Domain on Seven wearing one of his lurid showbiz jackets. Just avoid the mic when the high notes come around, Kochie.

Indeed for many people, television can provide a connection to a time of year laden with emotions, not all of them necessarily happy ones.

A cheery modern Christmas classic such as Elf can lift even Ebenezer Scrooge's spirits. For those imbued with a more melancholic tinge, you really couldn't go past listening to Judy Garland's Have Yourself A Merry Little Christmas from Meet You In St Louis.

Not that you would find much of that on our screens this Christmas.

Over the past couple of weeks I've been making a point of watching Christmas films, to gauge what's on offer.

And let's just say, things have not got off to a flying start.

Last Sunday night, channel surfing on the sofa, I somehow found myself watching something calling itself A Cinderella Christmas.

Yes, I agree, the title should have been warning enough about what a steaming pile of drivel it was but I hopefully settled in. Bad move.

Made in 2016, this telemovie smashed together the old Cinderella orphan story with a bit of Hallmark Christmas frippery, starring some nobody actor named Emma Rigby as a duck-lipped heroine with perfect cheekbones.

Replacing the ugly stepsisters for a bitchy cousin named Candace, played by Sarah Stouffer, and her mean stepmother swapped for a far more benign, but infinitely more moronic uncle.

As for plot, if you could call it that, everything was timed to neatly fit within the ad breaks, but I managed to glean it was the day before something called the Karmichael Christmasquerade Ball, involved a handsome caterer named Nikolaus and an ensuing duel between the ladies.

I didn't get to the end.

So where are the classics this year? 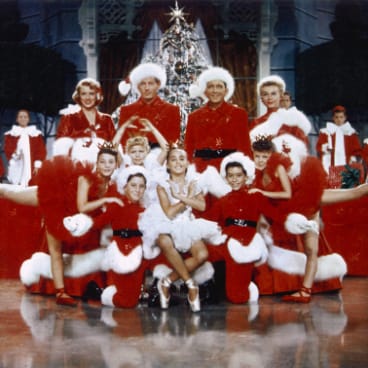 It doesn’t get much more Christmassy than White Christmas.

Why can't we get a helping of White Christmas, the 1954 musical starring Bing Crosby, Danny Kaye, Rosemary Clooney and Vera-Ellen, with nary a lip implant between them?

Or what about a fresh run of Miracle on 34th Street?

There must be a couple of generations who have not been treated to the 1947 American classic starring Maureen O'Hara, John Payne and Natalie Wood.

Set in New York, the story takes place between Thanksgiving Day and Christmas Day and focuses on a department store Santa Claus who claims to be the real Santa and is just as apt a parable of our modern "fake news" times as it was 70 years ago.

While it's almost worn out, I would hazard a guess that National Lampoon's Christmas Vacation will be given an outing once again on some long forgotten timeslot.

But I would rather watch the Griswalds wreak havoc yet again than sit through another duck-lipped fake Christmas.

Surely I am not alone?

The Sydney Morning Herald and The Age are owned by Nine.