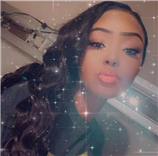 Gerren Taylor, a main cast member on the BET reality show Baldwin Hills, passed away on Sunday, according to the aforementioned cable network.

“The entire BET family mourns the passing of one of our own, Ms. Ashley Gerren Taylor, beloved star of BET’s Baldwin Hills,” BET wrote in a statement.

“The untimely passing of such a young, bright light is difficult to process. BET’s thoughts and prayers go out to Ashley’s friends and family during this time.”

No cause of death for Taylor has been announced at this time.

The show was set in the African-American section of Beverly Hills.

It chronicled the lives of the privileged sons and daughters of doctors, attorneys, actors and athletes, as well as those less privileged teenagers who resided in a dicier neighborhood nearby.

“Just got the worst news ever and I’m still not processing it fully,” he wrote on Sunday alongside a video of the pair.

“I’ve known @mstaylorxo since 2006, the #BaldwinHills cast was like the little sisters and brothers to #CollegeHill.

“I was sneaking her into parties with me.”

Concluded Cunningham in a separate tribute:

“You will be missed. BET fam. Rest well love.

“We love u Gerren. Together today for unfortunate circumstances but my @BET family is forever.”

Taylor worked a model and an actress.

Her career began at 12 when she was signed by the runway division of LA Models, making her at the time the youngest person to ever be signed by the agency.

In 2007, she appeared in the documentary America the Beautiful, which examined the stuggles of self-image and beauty standards in American culture and society.

“Still can’t believe it.. Feels like I’ve lost a piece of my childhood.

“It’s difficult to comprehend the brevity of life at times, and so we must live and love as best we can while we can,” Johnson wrote. “

“Sending my love and prayers to the Taylor family and all affected by this untimely loss. Such a beautiful and confident soul. Enjoy your rest.”

“Rest easy sis,” Olympian Carol Rodriguez wrote in another social media tribute alongside a series of pictures of Taylor.

12 years ago you entered my life being nothing but one of my most solid friends ever!! I’m so heartbroken! I’ll never get over this, I don’t understand.

“I love you, I’m going to miss you even more Pray for @mstaylorxo family please! Love you all!”

According to Essence, Taylor was a mother to a seven-year-old daughter.

We send our condolences to her friends, family members and loved ones.

May she rest in peace.

Celebrities Who Died In 2021: In MemoriamStart Gallery