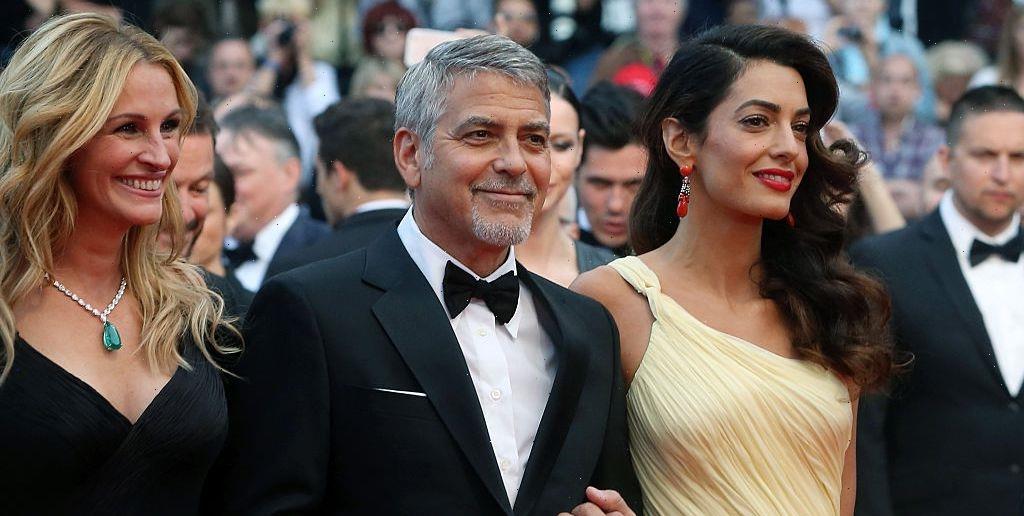 The actors spent a great deal of time together in Australia last year while filming the movie, and through it all, Clooney’s wife, Amal Clooney, and five-year-old kids, Ella and Alexander, were present to support him.

In a TODAY show interview that aired this morning, Clooney and Roberts recalled the moment they had to kiss for the cameras while Amal Clooney watched.

TODAY co-anchor Hoda Kotb asked the actors if it was awkward to kiss “your dear, dear friend.”

“It is when my wife and kids come by to visit,” Clooney said with a smile.

“I mean it was the first day they came to visit,” Roberts added, noting that Clooney’s kids were led off the set when it was time for them to kiss. She joked, “It’s like, ‘Papa, oh, Auntie Juju.’ It’s like—’Get ’em out, get ’em out!'” 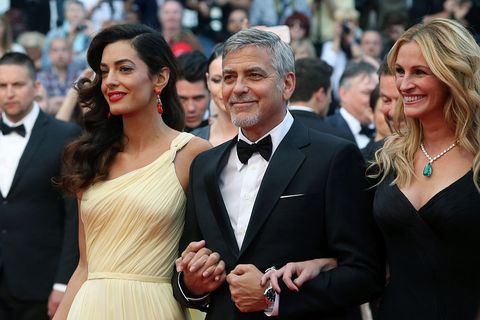 Roberts, who has been married for 20 years to cinematographer Danny Moder and shares three kids with him, added that the kiss with Clooney was “kinda ridiculous.” She said, “It is like kissing your best friend.”

“Well, thanks for that,” Clooney joked. “You know I was a two-time ‘Sexiest Man Alive?'”

Ticket to Paradise premieres October 21 and follows a divorced couple who travel to Bali to try to stop their daughter’s wedding. Roberts and Clooney have starred in multiple films together, including the 2001 hit Ocean’s Eleven, and have remained close friends through the years.

And according to Roberts, they will likely act in many more movies together, as Clooney has her “in his contract.” She joked, “He can’t live without me on screen.”

In an interview with The New York Times earlier this year, Roberts credited Clooney with saving her from “complete loneliness and despair” while in Australia, where she was away from her husband and kids. “We were in a bubble, and it’s the longest I’ve ever been away from my family. I don’t think I’ve spent that much time by myself since I was 25,” she said.

In that same interview, the actress joked that it took 80 takes for her and Clooney to get the kiss right. “It took 79 takes of us laughing and then the one take of us kissing,” she said.