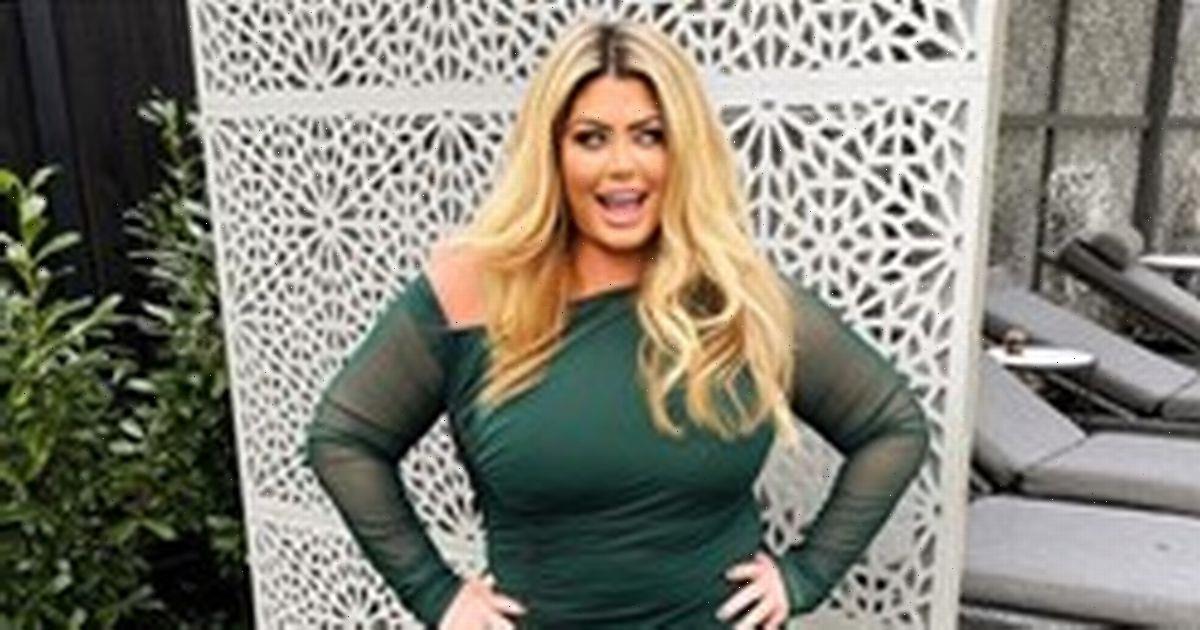 Gemma Collins has taken to her Instagram page to share her latest snap showing off her 3.5 stone weight loss.

The former TOWIE star stunned in a green slinky dress with sheer off the shoulder sleeves and a leg split.

She styled her wavy blonde hair with glam makeup.

The 40 year old went for leopard print court shoes while smiling from ear to ear.

This comes after Gemma announced that she wouldn't be returning to The Only Way Is Essex despite her shooting to fame on the show back in 2011.

She told the Daily Star: "I love The Only Way Is Essex. I wish them all well, but no, I won't do it again, I've moved on.

"Honey, I've got Valentino dressing me now. Do they really need to see me back down Brentwood High Street?"

Gemma first appeared on the show a decade ago and instantly became a hit with the public.

Altogether she has appeared in more than 230 episodes which have included plenty of drama.

Gemma is focused on new projects which include a Channel 4 show surrounding the subject of self harm.

The star also announced she donated bags of her bras to charity after feeling guilty about spending over £1,000 on a dinner at Salt Bae's Nusr-et London restaurant.

She posted to her Instagram last week to show her with her boyfriend Rami Hawash, 45 as well as telling her fans that she was charged £1,450.

Rami's three year old son Tristan joined the pair as they were served by the restaurant owner Nusret Gökçe.

On her podcast The Gemma Collins Podcast she said that she felt bad about the amount of money she spent so wanted to give something back.

She said: "I felt a bit sick. It was an amazing experience, and to be honest I would have paid that to meet him anyway, because I love him. It was a once in a lifetime opportunity.

"But I started to feel really bad the next day because I was like, 'Oh my gosh, there's people starving in the world'.

"I just started feeling really bad about it all, so I was like, 'Right, what can I do?'"

Her friend came up with the idea for the star to donate her old bras which ended up being four bags worth according to Gemma.

Gemma said: "Literally, I sent four bags of really nice bras to the charity. So I feel like I've done my thing."