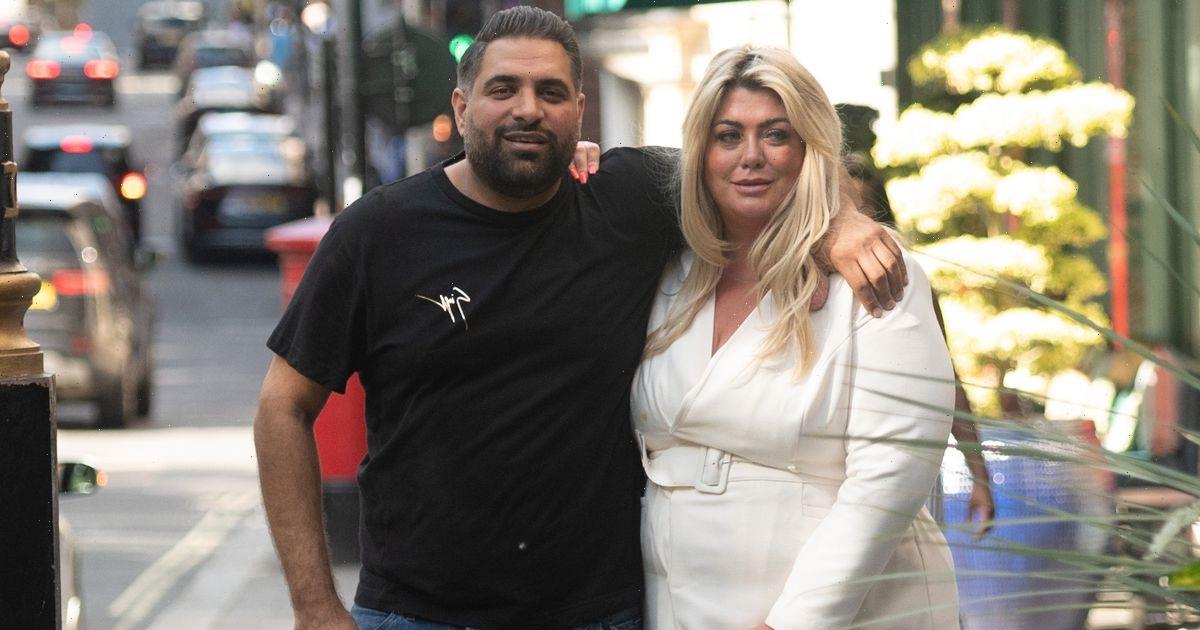 After working on herself over the last few months, Gemma Collins has proudly flaunted her slimmed-down figure while out and about with a mystery man.

The blonde beauty, who previously posed in a swimsuit, was spotted out in Mayfair, London, on Saturday as she walked arm-in-arm with the man in question.

The pair seemed happy to be in one another's company as she snuggled up to him as they made their way to a brunch spot.

Gemma, 40, looked stunning in a cream playsuit with a matching belt and some sparkly espadrille sliders.

She held a designer clutch bag in her hand and accessorised with a gold watch on her wrist.

The reality star had her blonde locks in loose curls and went for a full-face of make-up for the day out.

Gemma's pal kept it casual in a black t-shirt, jeans and some matching black trainers.

The television personality's outing comes after she previously opened up about her food poisoning ordeal which resulted in her collapsing on the floor.

She revealed how she had been left bed-bound for four days and had to cancel all of her work commitments to allow her body time to recover.

Speaking on The Gemma Collins Podcast, the star admitted: “I took a break from the podcast last week as I’ve been quite poorly. I literally couldn’t even speak, but I’m slowly getting back on my feet.

“I would love to give you some exciting gossip about my week but literally I was so unwell that I could not get out of my bed.”

She went on to detail how her week quickly went from bad to worse after she came down with a terrible sinus infection and attended the funeral of her dear friend.

“Three hours later I collapsed on my kitchen floor and was being violently sick and all the rest that goes with it – I won’t go into detail.

“I was poisoned – I had food poisoning. It was absolutely awful and my whole body just got so run down recently that I had to listen to my body.”