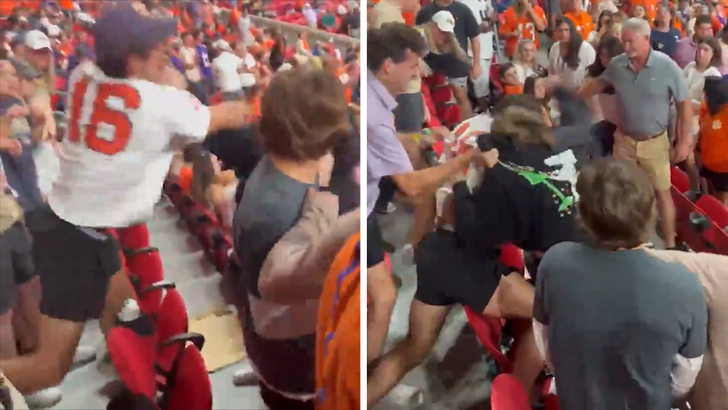 The action on the field during the Clemson vs. Georgia Tech game on Monday night wasn’t the most thrilling … but that certainly wasn’t the case in the stands, ’cause a violent fistfight erupted between two fans, and it was wild!!

It all went down at Mercedes-Benz Stadium in Atlanta … when at some point during the Tigers’ tilt with the Yellow Jackets, two guys lost their cool and turned the football game into a boxing match.

One bystander caught all of the action on video … and in the clip, you can see the guy wearing a #16 Clemson jersey throwing a vicious right hook at a man wearing a black hoodie. 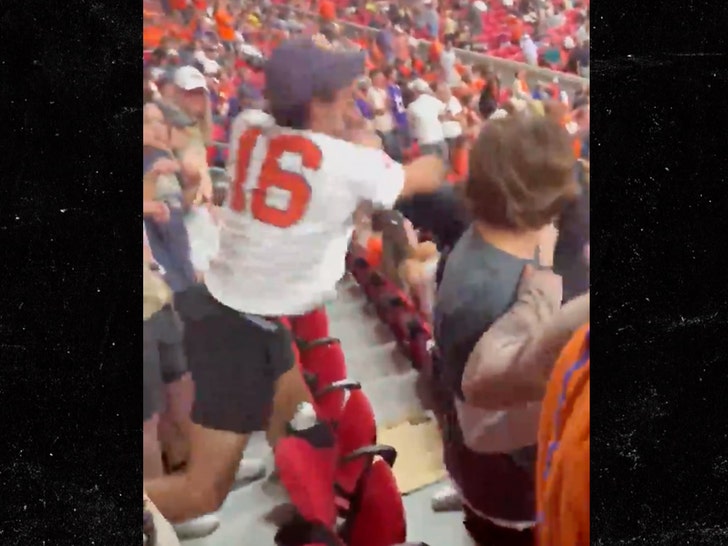 Then, all hell broke loose — as the guys traded blows over and over again for several moments.

Some spectators nearby were encouraging the fight — but others were shouting and screaming for the two guys to knock it off before someone got seriously hurt.

Eventually, the two were separated … and the man in the Clemson jersey appeared to be bleeding following the altercation.

No word on if any arrests were made, we’ve reached out to cops but have yet to hear back.

As for the game … the Tigers routed GT in a laugher in their season-opener, 41-10.