And the award for most shocking transformation goes to… Jessica Chastain! The Oscar nominee looks unrecognizable as Tammy Faye Bakker in the first trailer for ‘The Eyes of Tammy Faye.’ 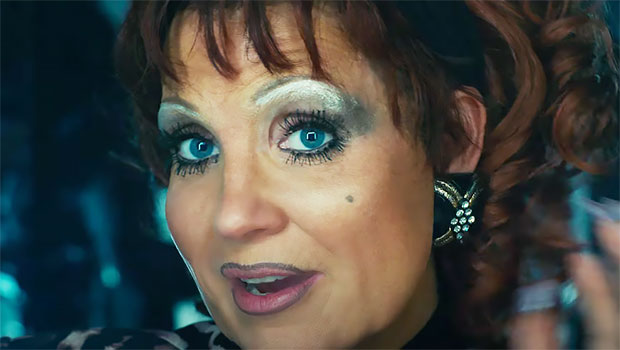 The first trailer for The Eyes of Tammy Faye was released on June 9 and chronicled the rise and fall of Jim and Tammy Faye Bakker. The trailer ends with Jessica embracing Tammy Faye’s dramatic makeup, including dark lip liner, think eyeliner, false eyelashes, and foundation that’s a little on the orange side. “This is who I am,” a confident Tammy Faye says. Jessica sat in the hair makeup chair for 4 hours to play Tammy Faye. Andrew Garfield stars as Tammy Faye’s first husband Jim Bakker. Andrew’s transformation into Jim is pretty remarkable, too.

Tammy Faye and Jim rose to fame with the creation of The PTL and The PTL Club, a Christian news program, in the late 1970s and 1980s. They also help build Heritage USA, a Christian-themed amusement park in South Carolina. Their empire came crashing down in 1987 when Jim was accused of alleged sexual assault by church secretary Jessica Hahn and misuse of ministry funds. Jim was later convicted of mail fraud, wire fraud, and conspiracy. He was sentenced to 45 years in prison but served a little less than 5 years. 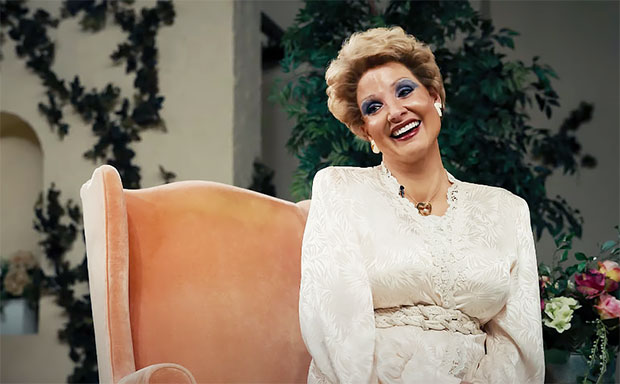 In the trailer, Tammy Faye is met with criticism after saying “faith isn’t political.” Vincent D’Onofrio’s Jerry Falwell tells Jim to keep his wife in line. The Eyes of Tammy Faye recreates the remarkable moment Tammy Faye interviewed a man with AIDS at a time when AIDS was barely addressed in the media.

The movie also stars Cherry Jones as Rachel LaValley, Sam Jaeger as Roe Messner, and Gabriel Olds as Pat Robertson. The Eyes of Tammy Faye will be released in theaters on September 17.