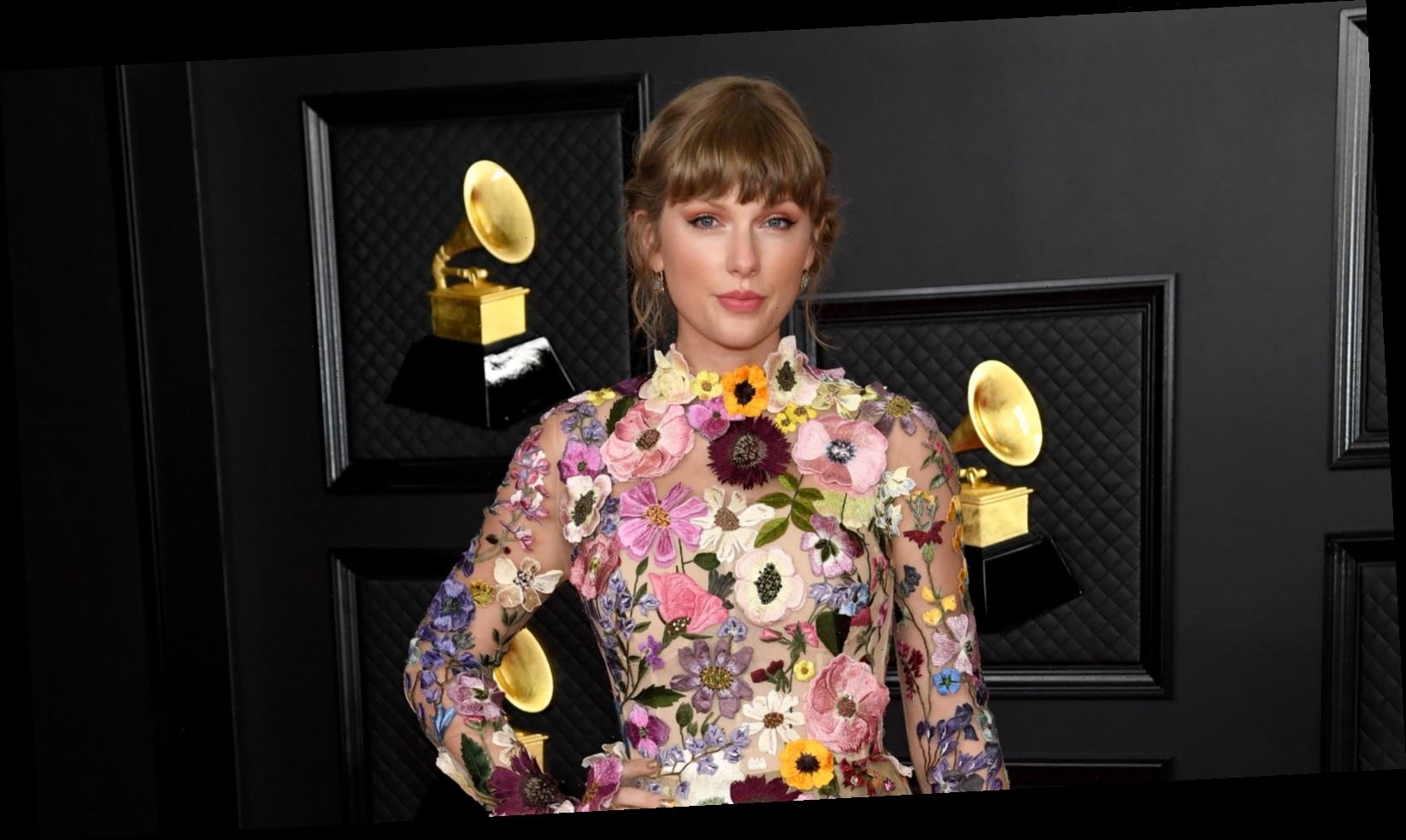 A lot can happen to a person in four years, and when that person is Taylor Swift, we can only hope that the return is fit for a pop princess of her stature, and she didn’t disappoint. Swift came back to the (socially distanced) red carpet event that was the Grammys dressed in a dreamy, be-flowered mini-frock by Oscar de la Renta, along with a pair of baby pink Christian Louboutin heels, and baubles by California jeweler Cathy Waterman (via People).

While it was far from being the only outfit Swift appeared in during the show, it turned heads, particularly when she walked up on stage to receive the Album of the Year award for 2021 (making it the third time she picked up the honor – the first was in 2010 and the second in 2016). “Taylor today took home our hearts and our happiness. always proud of her and everyone who worked on this magical and brilliant album. AOTY @taylorswift13 @RecordingAcad @taylornation13” one fan tweeted along with several heart emojis.

Before the awards began, the multi-time award-winning singer shared a piece of advice she might give to her younger self with Elle, which was to focus on her love for her music, even when times got tough. “That has been the thing that, no matter what, has protected me from any of the other outside things that have made me feel strange,” she said.

Fashion expert Cachita Hynes, fashion stylist at StyleOnTheSpot.com, saw that too, and said of Swift’s spring get-up, “If Taylor Swift was trying to make a statement with her gorgeous Oscar de la Renta floral dress on the carpet I would think it may be that she is now blossoming. It reminded me of a flowering tea ball, this beauty has been put into the boiling water, something [that] would burn or break most things.” Yet instead, according to Hynes, Swift “has opened up and is born again and her drive, power and continued inspiration [are] as bold as her bloom.”

The sentiment is particularly appropriate since this year’s awards mark the 13th year anniversary of Swift’s first Grammy nomination, and we’re so happy to see her blossom.