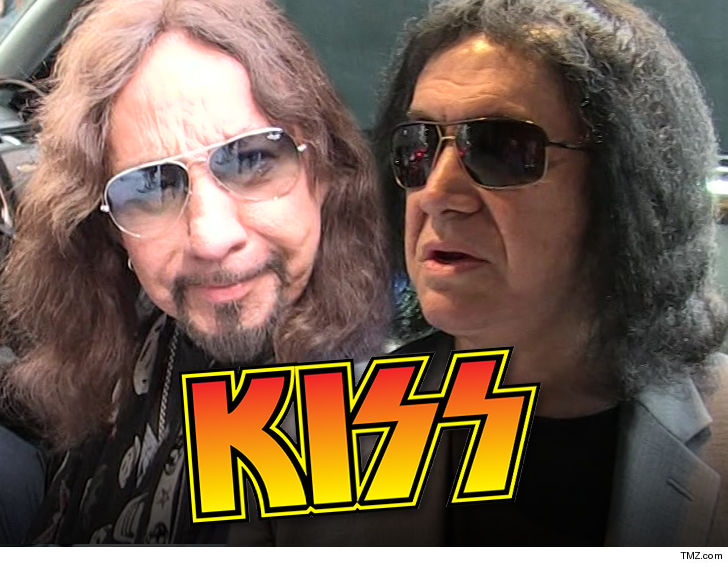 Ace Frehley‘s firing back at Gene Simmons for telling him to kiss off — and dropping nasty allegations about Gene getting handsy and threatening to sue his ex-bandmate.

The founding KISS guitarist blasted Simmons Tuesday, in response to Gene’s interview in which he claimed Frehley was fired due to “drugs, alcohol, bad behavior, being unprofessional” … and would never be allowed back in the band.

Frehley says he was never fired, but quit twice because Gene and KISS singer, Paul Stanley, are too controlling, untrustworthy and difficult. Then, he really unloads, calling him “an a**hole and a sex addict who’s being sued by multiple women.” Ace alleges his own wife was groped by Gene, and says she wanted to sue Gene, but he talked her out of it.

He insinuates the lawsuit might be back on — Ace says he wants a heartfelt apology from Simmons and an offer to rejoin KISS, or “THE SH*T WILL HIT THE FAN.” Ace shared this message to Gene along with a photo saying, “The gloves are off!!”

BTW, Frehley hasn’t been a member of KISS since 2002, but he did make a guest appearance on last year’s KISS Kruise.

The band’s about to start a farewell “End of the Road” tour … and, as of now, Ace won’t be part of it.