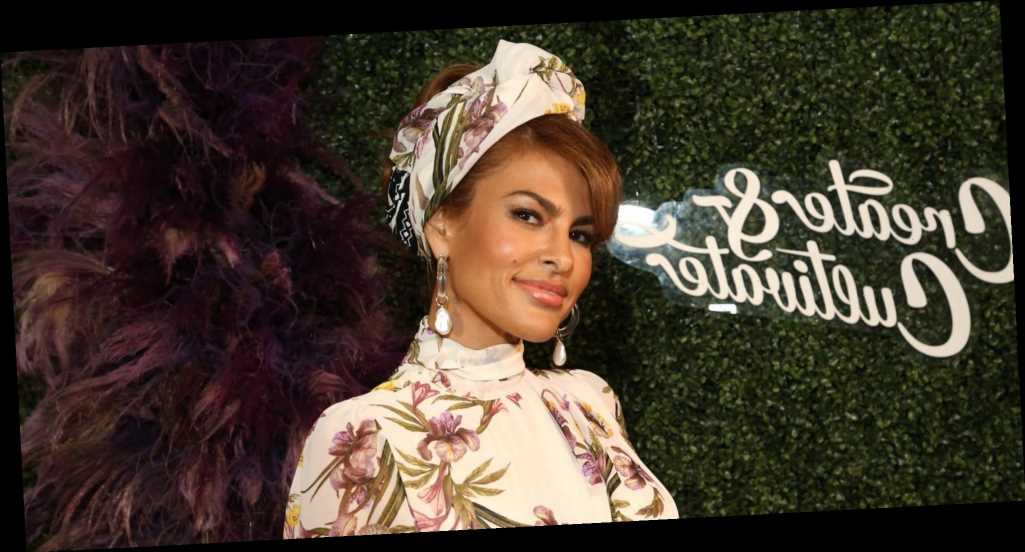 When an Instagram commenter claimed that Eva Mendes was taking a social media hiatus because she had gotten plastic surgery, Mendes offered up an insightful comment of her own and reminded everyone exactly why she decided to re-focus her time on her family. People reports that Mendes wrote a lengthy comment on a post over the weekend, writing "posting is not really a priority right now" and that she "cannot juggle family and social media."

"She's had work done and I don't think she's happy with it," a commenter wrote on the post. "She was beautiful without."

"Hi. I'm actually taking time to really be present with my family so posting is not really a priority right now," Mendes responded. "Hoping you and yours are well." Mendes continued, saying that posting took time away from her that she'd rather spend with her children. She also addressed the accusations of plastic surgery, saying "I'll do that whenever I please."

"Mmmm. I'm not sure why I'm answering you but here I go. I'm posting less because I really want to be present for my family. My little ones need me and posting takes up too much time," she continued. "As far as getting work done, I'll do that whenever I please. But no, that's not the reason. The reason is I personally cannot juggle family and social media. So -big shocker -I choose family. Lotsa love to you out there."

Other commenters stood behind Mendes and her decision, praising her for shifting her priorities to her family life.

"Thanks for getting it," Mendes wrote in another response. "Some people can juggle both and that's great but I can't. Anyway speaking of not be able to juggle both, need to go be with them now. They're in the other room and being too quiet. That's never good. Ha!"