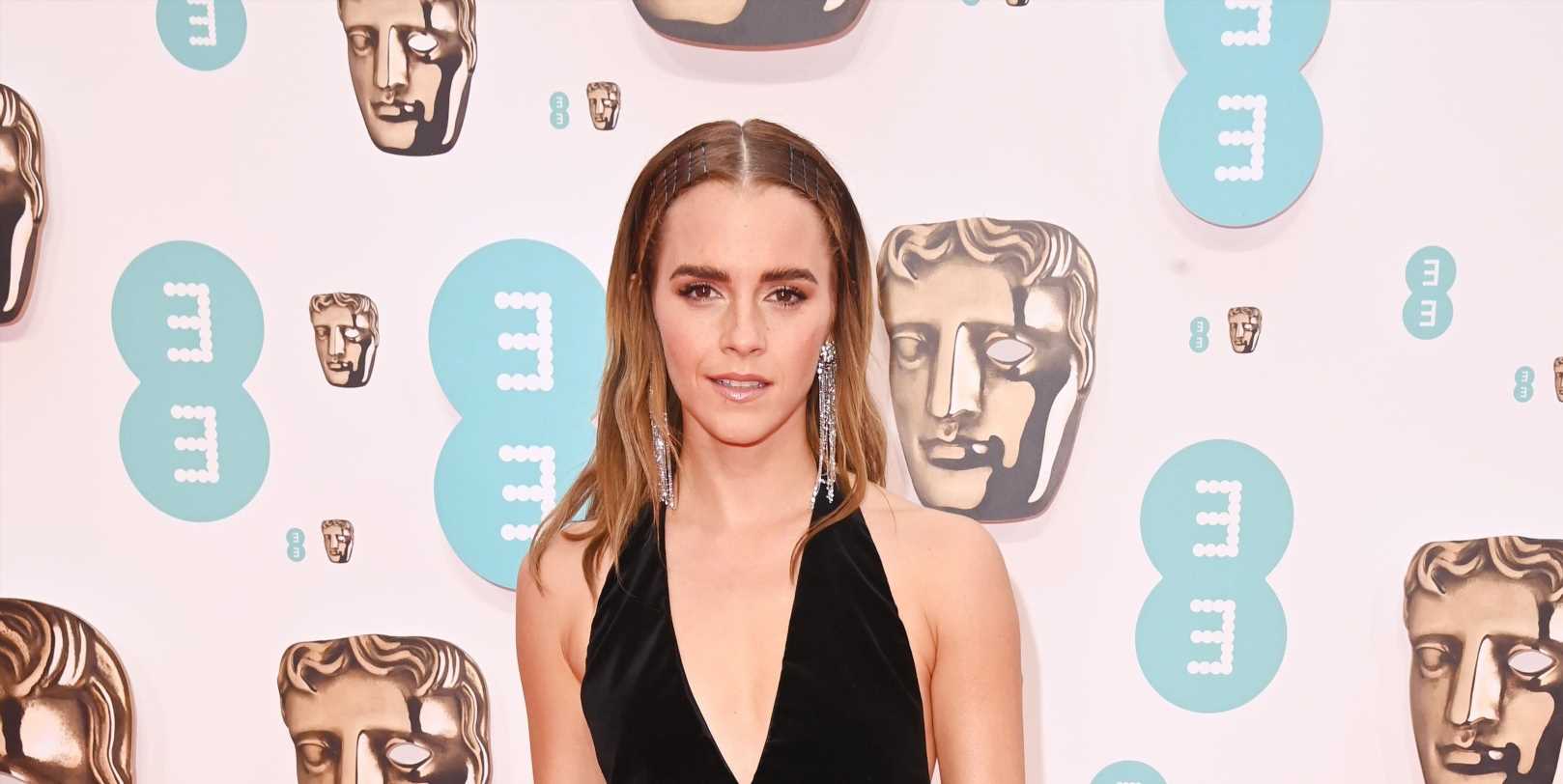 On Sunday afternoon, Emma Watson arrived at the BAFTA 2022 Film Awards wearing a halter dress with a plunging neckline. The black bodice connected to cream-colored tulle skirt that lengthened into a princess train behind her as she walked the red carpet. The window of the dress in front revealed black heels with a pointed toe and beaded ankle straps that wrapped around her legs. 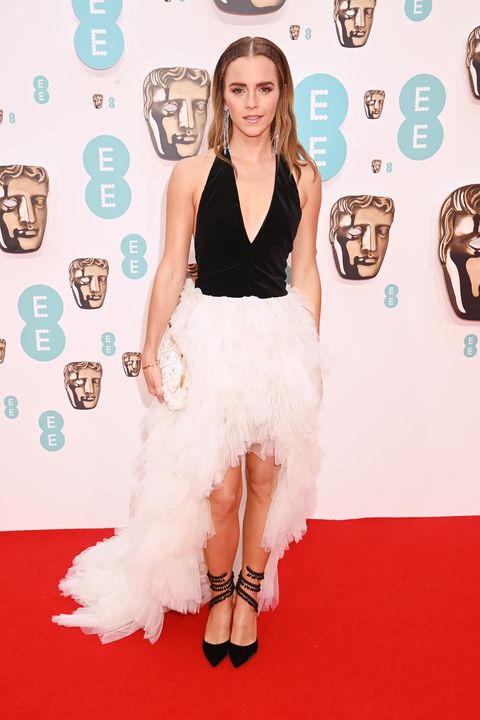 On Saturday night, Emma Watson stepped out for the Charles Finch and Chanel dinner in the West End, London, as a pre-celebration for the BAFTA awards. Watson was wearing an ensemble in all black, with a blazer over a cutout dress, creating dynamic shapes across her torso. Under that was a high-waisted, short skirt and a pair of dynamic spiraling black and nude thigh-high boots with heels.

She carried a black bag and had her brown hair swept partly up, the rest curling around her face. Watson kept her makeup very natural for the night, and accessorized with a few simple silver pieces including a bracelet, ring and small earrings. 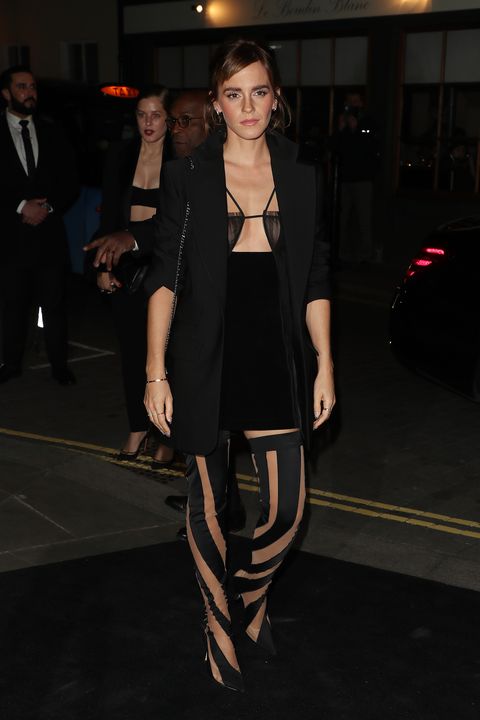 In early January, Watson’s interviews in the Harry Potter 20th Anniversary: Return to Hogwarts elated fans, as she confessed to having had a giant crush on co-star Tom Felton. As Hermione Granger, Watson’s character was always in conflict with Felton’s Draco Malfoy, but off camera they were good friends. Unfortunately, Watson was 11-years-old and Felton was 14, so he only ever saw her as a “little sister” despite her obvious infatuation at the time.

“I walked into the room where we were having tutoring,” Watson said. “The assignment that had been given was to draw what you thought God looked like, and Tom had drawn a girl with a backward cap on a skateboard.”

She has certainly recovered from her pre-teen disappointment. Watson is currently dating businessman Leo Robinton.