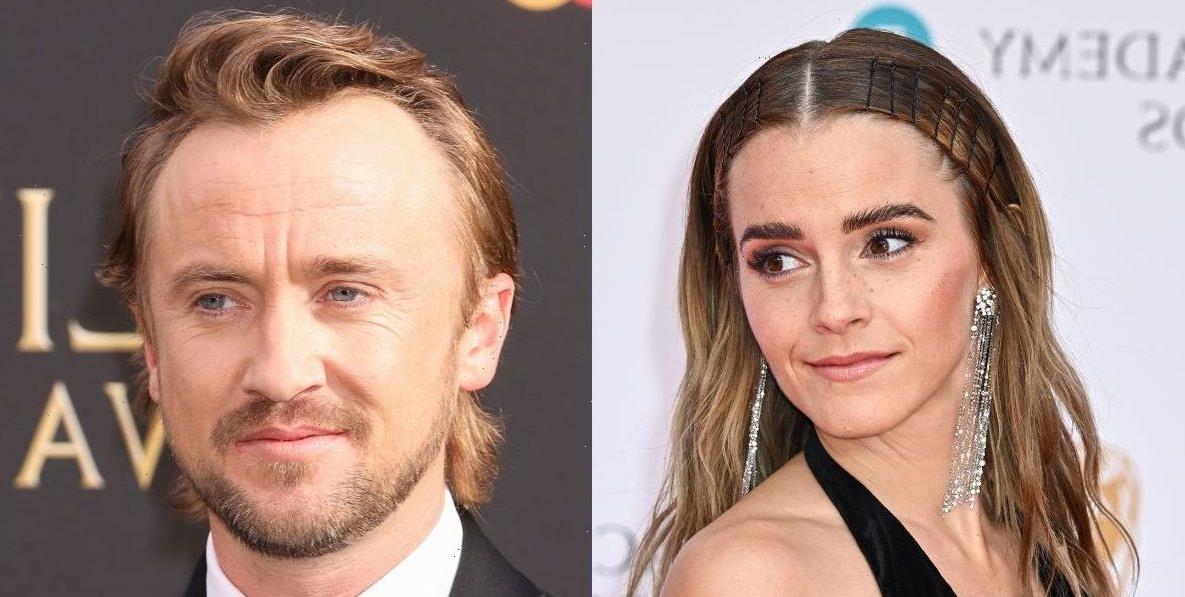 Most Harry Potter stans know that franchise stars Emma Watson (Hermione Granger) and Tom Felton (Draco Malfoy) are super close IRL, and as young actors on set, Emma crushed super hard on Tom. And although they never dated, Emma delves a little deeper into the details of their sweet relationship in a foreword for Tom’s new memoir, Beyond the Wand: The Magic & Mayhem of Growing Up a Wizard.

In the short introduction of the book — which officially hits shelves on October 18 — the actress shares that Tom has “a heart the size of a planet” and that for two decades, they’ve “loved each other in a special way.” At one point, she refers to him as her “soulmate.”

“As you’ll read in this book, our relationship didn’t start well,” Emma began. “When we first met, I was a moony and probably rather annoying nine-year-old girl who followed him round like a puppy, desperate for his attention. But, as he has written so eloquently, beautifully and generously in this book, our friendship didn’t end there. Thank goodness it blossomed and endured.”

“Like Tom, I always struggle to explain to people the nature of our connection and relationship. For more than twenty years now we’ve loved each other in a special way,” she continued. “It’s one of the purest loves I can think of. We’re soulmates, and we’ve always had each other’s backs. I know we always will. It makes me emotional to think about it.”

Emma adds that they share a “true” friendship and “to be seen and loved like that is one of the great gifts of my life.”

Later in the memoir, Tom himself revealed that he had a “secret love” for Emma, but “not perhaps in the way that people might want to hear,” according to excerpts published in The Daily Mail UK.

“That isn’t to say that there’s never been a spark between us. There most definitely has, only at different times,” he wrote. “Rumours started to abound that there was more to our relationship than we were letting on. I denied that I liked her in that way, but the truth was different.”

“My girlfriend at the time knew straight away that there was something unspoken between us. I remember using the familiar old line, ‘I love her like a sister.’ But there was more to it than that,” Tom continued. “I don’t think I was ever in love with Emma, but I loved and admired her as a person in a way that I could never explain to anybody else… We were kindred spirits. I know for certain I’ll always have Emma’s back and she’ll always have mine too.”

Emma revealed to Seventeen in 2011 that Tom was “her first crush,” and during the Harry Potter 20th Anniversary: Return to Hogwarts special, she disclosed that she “fell in love” with her costar during filming. And while nothing romantic has ever transpired between the two, we can’t help but feel all the feels for this beautiful friendship. ❤️