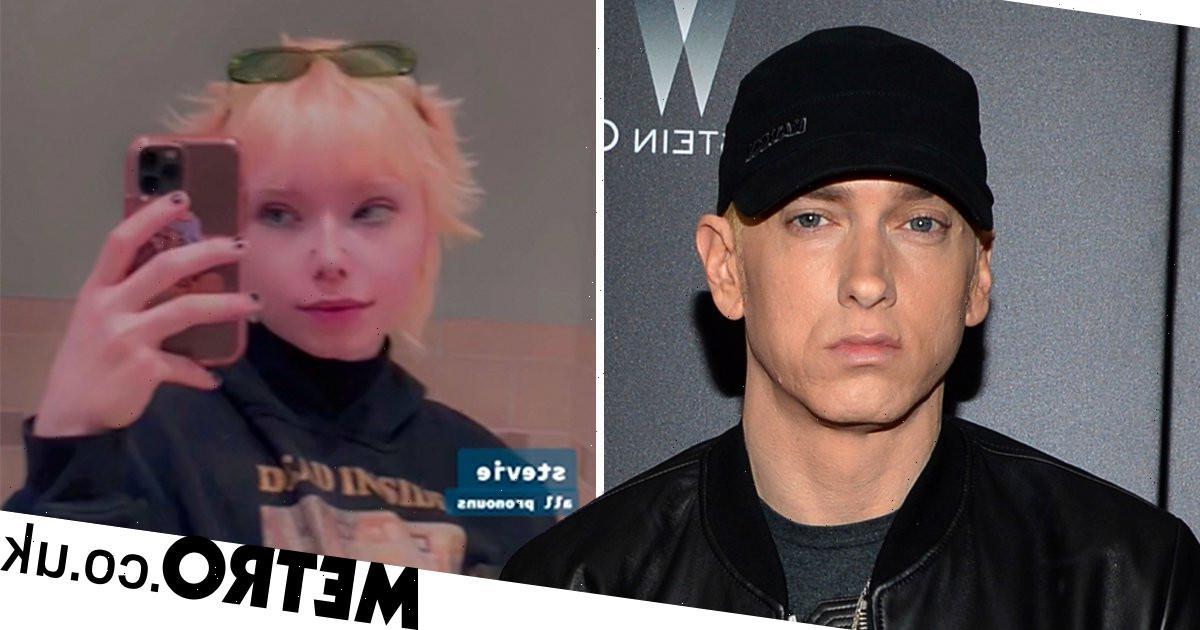 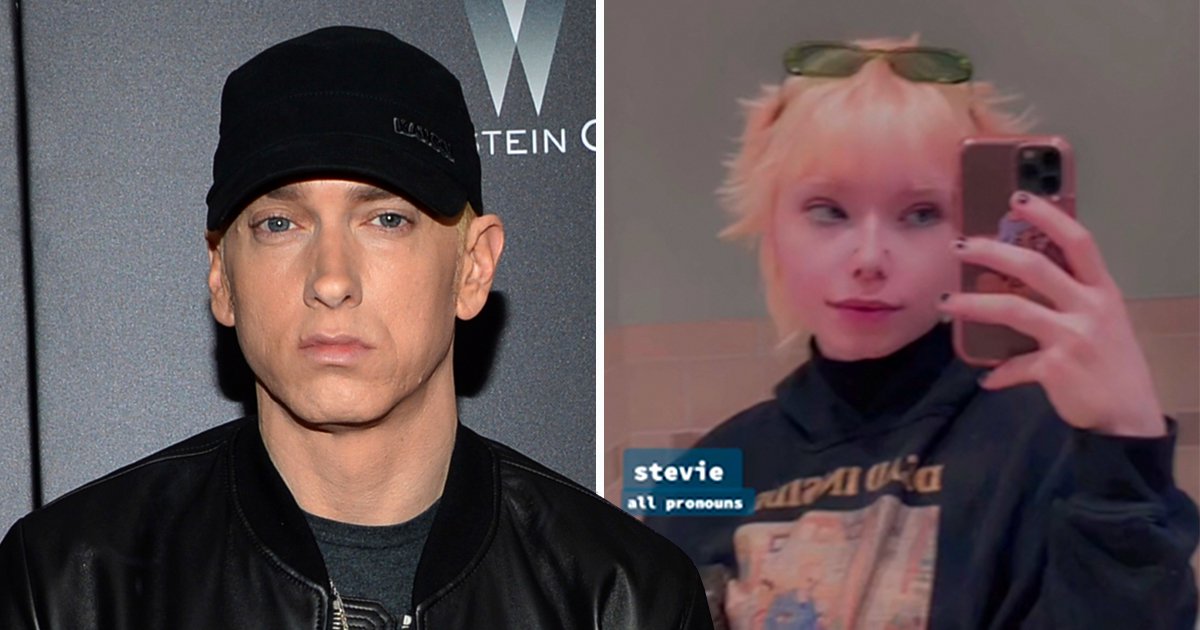 Eminem’s adopted child has come out as gender fluid and non-binary and changed their name to Stevie.

The 19-year-old has been using the hashtags #nonbinary and #bi on their TikTok videos since earlier this year, and in a video shared last week, Stevie shared their new pronouns and new name.

Set to a Labrinth song from the TV show Euphoria, Stevie Laine posted a slideshow of pictures of them over the last few years, which started with the caption: ‘Watch me become more comfortable with myself.’

They captioned the first batch of photos, in which they sported longer hair, with their old name, writing ‘Whitney, she/her’, before their pronouns changed to ‘she/they’.

Stevie then changed their name, before announcing they used ‘all pronouns’.

In the video caption, they wrote: ‘Forever growing and changing <3’ and added the hashtags #genderfluid and #bi.

Stevie’s friends and followers praised them for their journey, and the teenager explained how they landed on their new name.

They added they were ‘working on’ changing their name officially on their passport.

In a previous Instagram post, Stevie told their followers to use ‘they, she or he’ when referring to them.

Stevie was referred to by their new name in an obituary for their grandmother Kathleen Sluck last month, which read: ‘Kathleen was a exceptional mom to her two daughters; Kim and Dawn; and was overjoyed to become a grandmother to her grandchildren; Alaina, Adam, Hailie, Stevie, P.J., and Parker.’

They had previously come out as bisexual at the age of 15 while attending a Harry Styles concert.

Stevie’s mother is Eminem’s ex-wife Kim, with the rapper raising them and the daughter of Kim’s late twin sister Alaina, 28, as well as his and Kim’s birth daughter Hailie Jade, 25.

Their father is Kim’s ex-boyfriend Eric Hartter, who she had a brief relationship with following her split from Eminem.

The rapper, now 48, reunited with Kim and adopted Stevie, with the couple getting married in January 2006, but they broke up later that year.