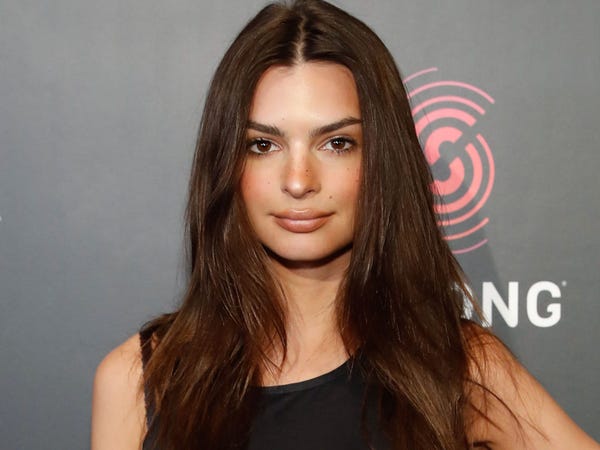 Emily Ratajkowski revealed she's pregnant with her first child on the new digital cover of Vogue.

The model shared a clip of her posing for the cover to her Instagram page, along with the caption, "Grateful & growing."

In the video, Ratajkowski stares down the camera before it zooms out, revealing her baby bump. She then smiles and cradles her belly.

And in the essay accompanying her announcement, Ratajkowski said that she doesn't want to publicly reveal the gender of her child.

"I like the idea of forcing as few gender stereotypes on my child as possible," she wrote. "But no matter how progressive I may hope to be, I understand the desire to know the gender of our fetus; it feels like the first real opportunity to glimpse who they might be."

Ratajkowski also collaborated with Lena Dunham on a short film documenting her pregnancy.

Titled "Who Will You Be," the three-minute long-short features clips of the model cradling her growing belly and snuggling with her dog.

Ratajkowski also recites a personal poem during the video, expressing her hopes and fears for her new baby.

Ratajkowski married husband Sebastian Bear-McClard in 2018. This is their first child together.