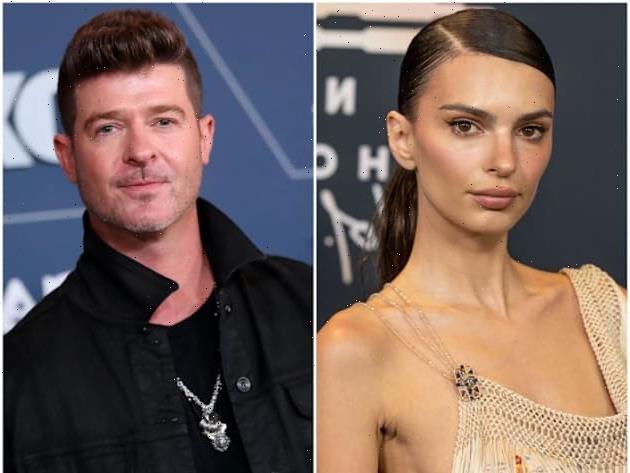 Model and activist Emily Ratajkowski has a new memoir coming out next month.

The book details her rise to fame, her thoughts on 21st century feminism, and at least one shocking account of the abuse she endured in the years before she became a household name.

Ratajkowski, as you may recall, first gained mainstream media attention for her appearance in the video for Robin Thicke’s “Blurred Lines.”

The years have not been kind to that once mega-popular song, with critics attacking the lyrics as misogynistic, and the family of Marvin Gaye successfully suing Thicke for plagiarizing the melody.

Now, you can add one more stain to the reputation of that problematic single:

In her memoir, entitled My Body, Ratajkowski says that she was groped by Thicke while making the video.

“Suddenly, out of nowhere, I felt the coolness and foreignness of a stranger’s hands cupping my bare breasts from behind,” she wrote in a newly published excerpt.

“I instinctively moved away, looking back at Robin Thicke,” Ratajkowski added.

She went on to reveal that Thicke was not the slightest bit apologetic about this alleged act of assault, and she quickly realized that help would not be forthcoming from anywhere else on set.

“He smiled a goofy grin and stumbled backward, his eyes concealed behind his sunglasses,” Ratajkowski wrote.

“My head turned to the darkness beyond the set. [Director Diane Martel’s] voice cracked as she yelled out to me, ‘Are you okay?'”

Ratajkowski has declined to comment further on the incident, but Martel has confirmed that the incident took place as described.

In an interview with London’s Sunday Times, she recalled shouting at Thicke and shutting down the set for the rest of the day,.

“‘What the f–k are you doing?'” the director recalled asking him.

She added that Thicke finally issued an apology “as if he knew it was wrong without understanding how it might have felt for Emily.”

In the years since that traumatic incident transpired, Ratajkowski has made a name for herself not only as one of the fashion industry’s most sought-after model, but as an activist and author who’s engaged in important conversations with a number of prominent political figures.

In 2018, Ratajkowski welcomed her first child with husband Sebastian Bear-McClard.

But being forced to relive that painful moment each time she reflects on the project that jumpstarted her career has no doubt taken a tremendous emotional toll on Ratajkowski.

For his part, Thicke has yet to respond to the allegations, and barring a carefully-worded statement issued through his legal team, that will likely continue to be the case.

In the years since the song and video were released, Thicke’s fortunes diverged sharply from Ratajkowski’s, as he was divorced by wife Paula Patton, and his career failed to produce a follow-up hit.

But while there might be a sliver of satisfying poetic justice in this situation, too often women who issue allegations are shunned, while men who engaged in unspeakable acts continue to live charmed lives free of anything resembling real consequences.