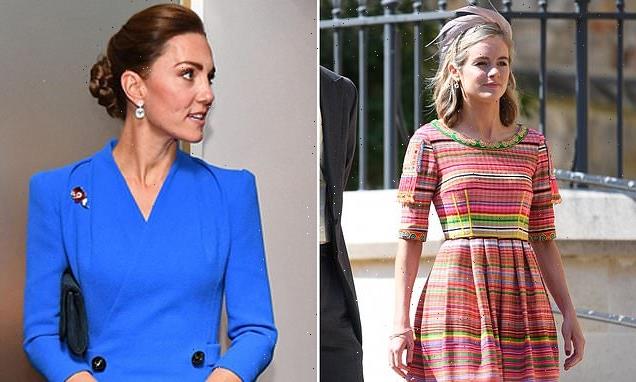 EMILY PRESCOTT: Cressida Bonas becomes the new face of Eponine London, four years after wearing one of their dresses to Prince Harry’s wedding to Meghan Markle

Now Eponine London has employed the services of Cressida Bonas – herself once a Royal consort – to be the face of its new collection.

Prince Harry’s former girlfriend is a long-term fan of the designer and even wore one of their dresses to her ex’s wedding to Meghan Markle in 2018, as my picture shows.

The label’s founder Jet Shenkman once said she would ‘forever be grateful’ to Kate, adding: ‘The press we received put our tiny business on a broader map, which was incredibly helpful.’

Eponine London has employed the services of Cressida Bonas, who was once Prince Harry’s girlfriend, wore one of their dresses to the her ex’s 2018 wedding to Meghan Markle

The Duchess of Cambridge, pictured, has previously supported Eponine London

When the Duchess wore a £2,600 Eponine London cobalt wool maxi dress at the COP26 summit in Glasgow in October, online interest rose by 130 per cent. Will Cressie have the same effect?

The Feminists Don’t Wear Pink author posted a series of pictures from her hospital bed after revealing she had seven teeth removed last week because of the condition.

The 26-year-old who appeared to be in high spirits, explained: ‘[It] has mostly manifested in my teeth meaning my gums just don’t like holding on to them. Over the weekend a number of abscesses formed and it was goodbye to molars time! Shout out to all brave ladies with bendy bones and falling apart teeth!’ 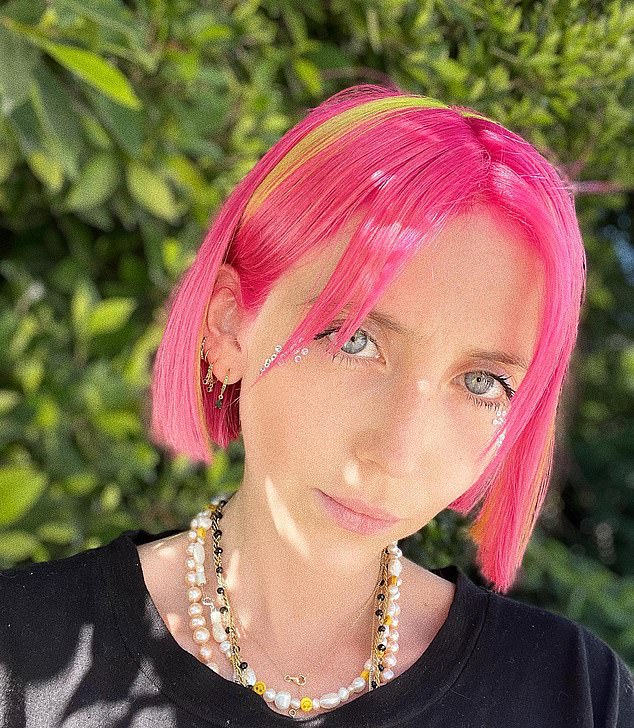 Television bosses are launching a talent show to find the next… er, Boris Johnson.

Makers of The Apprentice-style search, called Elect Me, are seeking members of the public who think they could do a better job of running the country, to be given a ‘unique chance to prove it’.

Not every MP is in favour. Tory Robert Halfon said: ‘I love my colleagues, but not the idea of watching them on a Saturday evening! I’d rather watch The Tinder Swindler documentary, and I suspect the public won’t even be able to tell the difference.’