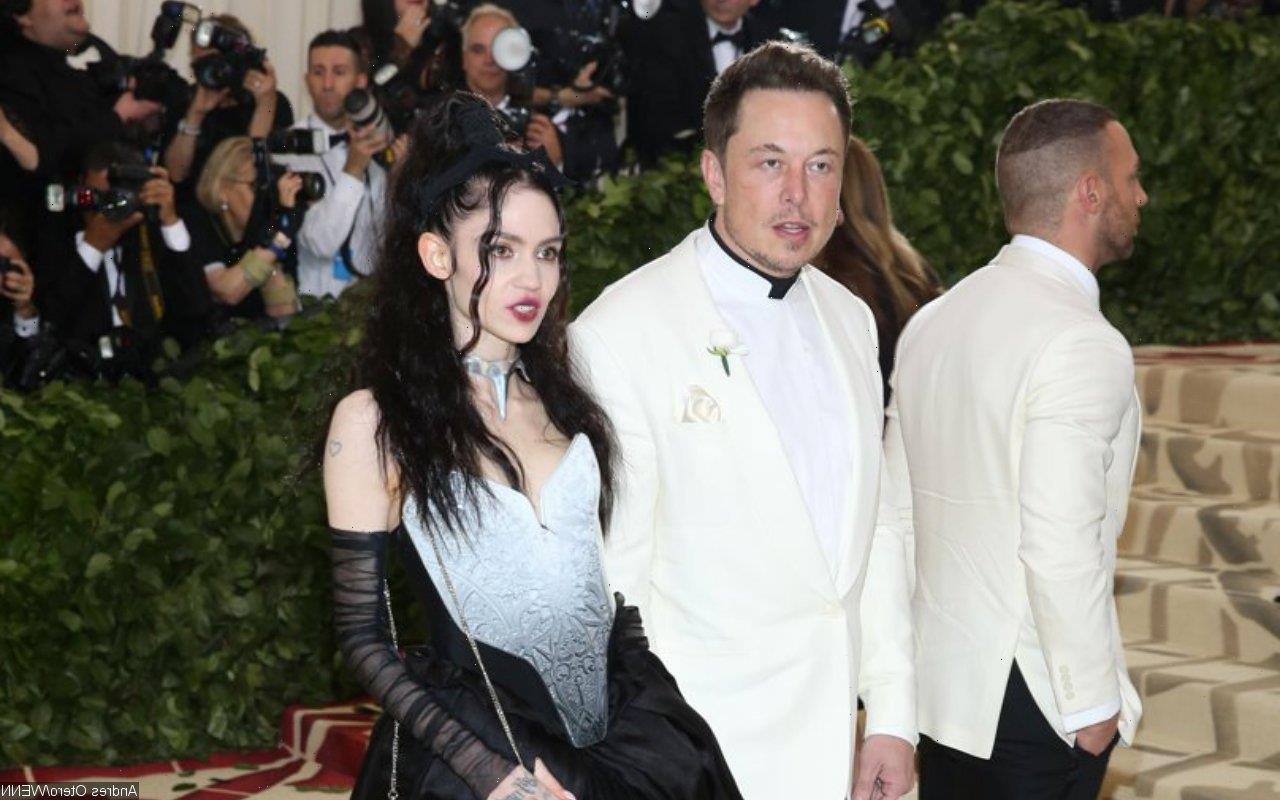 Following his split from the ‘Oblivion’ singer, the SpaceX founder is seen sipping a cold drink alone while exiting an airport in Los Angeles wearing a leather jacket over a T-shirt.

AceShowbiz –Elon Musk is seemingly enjoying single life after breaking up with Grimes. In a first public sighting since confirming the split, the SpaceX founder was spotted walking alone at a private airport in Los Angeles.

On Friday, September 24, the tech mogul was seen casually sipping a cold drink at a private airport after news of their breakup broke. For the outing, he donned what appeared to be a leather jacket over a T-shirt and looked unfazed as he made his exit out of the building.

Elon first announced that he and Grimes called it quits on September 24. “We are semi separated but still love each other, see each other frequently, and are on great terms,” he told Page Six.

“It’s mostly that my work at SpaceX and Tesla requires me to be primarily in Texas or traveling overseas, and her work is primarily in LA,” Elon reasoned. However, he explained that Grimes is still staying with him, while “Baby X is in the adjacent room.”

Elon and Grimes, who started dating in 2018, became parents in May 2020. The two broke up after they were seen together at the 2021 Met Gala on September 13. Elon also threw an after-party, where he was joined by Grimes, who is currently filming TV show “Alter Ego” in Los Angeles.

The news of their breakup also came after the former couple had public disagreement with each other. In April, Grimes admitted in a Tiktok video that her former partner is “very immature on Twitter” after some social media users confronted her.

At the time, a follower asked Grimes for an explanation as to why she was seeing a man “who is literally destroying the planet and humanity” while another user claimed that Elon was a “men’s right activist.” She responded to the comment by declaring, “He’s not.”

On the reason why, Grimes explained, “Def he’s been very immature at points on Twitter.” The “Oblivion” songstress went on adding, “But for [example] the president of SpaceX is a woman, as is his right hand [person] at Neuralink, etc.”