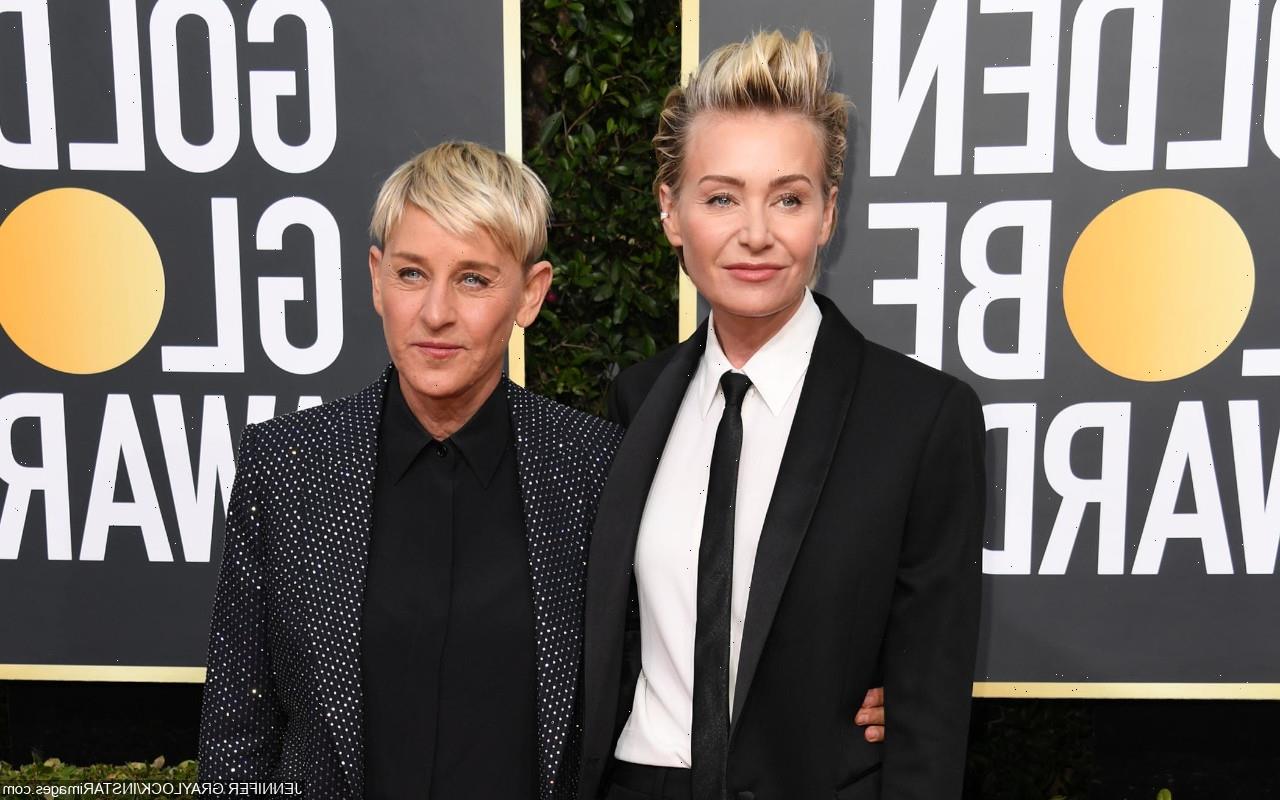 The former ‘Ellen DeGeneres Show’ host turns to her social media platform to share a sweet tribute to her wife to celebrate the new milestone in their relationship.

AceShowbiz –Ellen DeGeneres has marked her 14th wedding anniversary to wife Portia de Rossi. The 64-year-old television host tied the knot with the 49-year-old Australian-American actress in California in 2008, and took to Instagram on Tuesday, August 16, to share a series of clips of the funniest moments from their times on her former program, “The Ellen DeGeneres Show“, to mark the milestone.

Ellen shared the quote, “It’s good to be loved. It’s profound to be understood.” She gushed in the caption, “I love you, @portiaderossi. Happy 14!”

The comedienne previously hailed Portia as her “rock.” Ellen credited her wife with helping to “keep [her] going” after former employees of her talk show accused the show’s producers, who were later sacked, of creating a toxic work environment in 2020. She said, “It broke my heart; I couldn’t have gone through everything I went through without her. It was a horrible time in my life, and she was a rock. She kept me going and tried to help me put things in perspective.”

The couple has “grown together” and now know exactly how to make each other feel comfortable. Portia added, “We’ve grown together as a couple, and we really consider each other and put our relationship first. By doing that, you become a lot more solid. I can’t imagine spending time with anyone but her.”